The Renegade was the first aircraft designed by Daryl Murphy although it is the last to appear in New Zealand (after our Murphy Maverick and many Murphy Rebels).  Our first example was registered in February 2006.

The Renegade I first appeared in the mid 1980's as a single seat biplane taildragger and Daryl Murphy received so many requests for the aircraft that he set up Murphy Aviation with his brother Bryan (later re-named Murphy Aircraft Manufacturing Ltd and relocated to Chilliwack, British Colombia, in Canada).  The aircraft was redesigned as the 2 seater Renegade II by moving the fuel tank up to the wing centre section and installing a second cockpit below, the the top wing was given a sweep back to allow access to the second cockpit, and the bottom wing has dihedral, much like a Tiger Moth.  The later Renegade Spirit model appeared with the round cowling with blisters to mimick the look of the classic 1930's biplanes.  The Renegade is constructed from aluminium tubing and fittings, rivetted together and fabric covered.  Maybe it is the big round cowling but the nose looks to be too long for the position of the main wheels to me

We have had two Murphy Renegades registered in New Zealand to date, as follows: 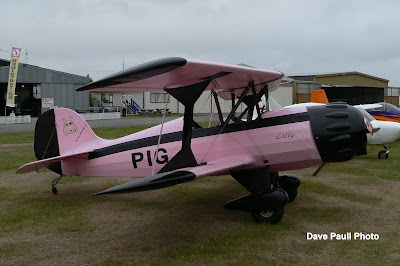 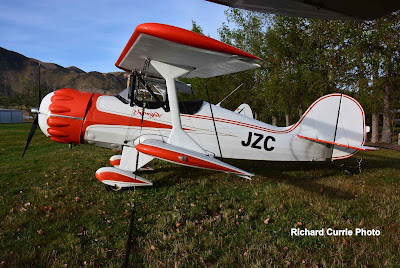