A Couple of Other Nieuports at Classic Fighters

As well as the Nieuport 16 ZK-XVI2 that I have previously posted about, there were a couple of other Nieuports on the field at Classic Fighters - both Nieuport 11 Bebe replicas: 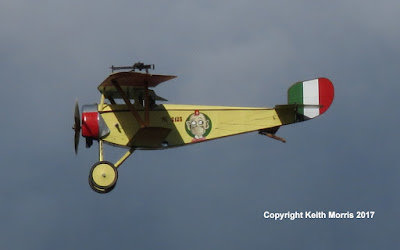 The Vintage Aviator's Nieuport 11 ZK-NIM took part in the flying display.  It is powered by an original 80 HP Le Rhone rotary engine. 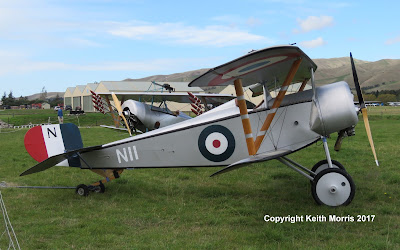 Classic Aircraft Sales' Nieuport 11 ZK-NII was on static display alongside ZK-XVI2.  It is powered by a 110 HP Rotec R2800 radial engine. 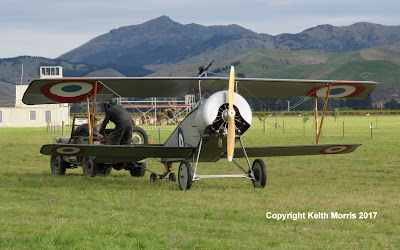 This aircraft has had many variations in colour schemes since it was first registered here on 23/11/11.  I understand that the current colour scheme is of the aircraft flown by Major Roderic Dallas of the RNAS who was Australia's second highest scoring WW 1 ace, but I am not sure of this as the aircraft does not have a number on its rudder, only the letter N.  What is clear is that this aircraft represents one of the batch of 50 Nieuport 11s that were built by the Nieuport factory in France and delivered to the RNAS in 1916.  The factory marked them with French roundels on the wings only and later the RNAS added the fuselage roundel which was of the opposite colours to the French roundels.  You can see this more clearly in the above photo (click to enlarge).