On the 27th of March at Omarama I caught up with this tribe of Piper Comanche's.
They were part of the International Comanche Society Convention that was held at Queenstown 22-26/03/2016.
Check out :-
http://mrcaviation.blogspot.co.nz/2016/03/piper-comanche-convention-participants.html
There were four PA30 Twin Comanche's and a lone PA-24 Comanche in this line up.
The three Australian Twins crossed the Tasman from Port Macquarie to Lord Howe Island on 09-03-2016 then to Kerikeri to reach Baz's place on Taupo Airport on the 12th.


They visited many Southern field before reaching Queenstown on the 22nd.
There were also other off shore arrivals including PA-30's VH-HPR and VH-MAC. 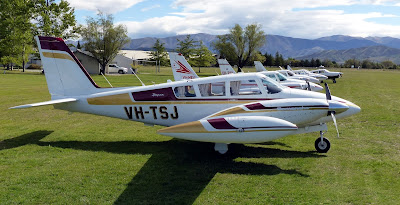 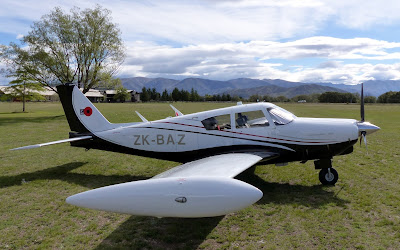 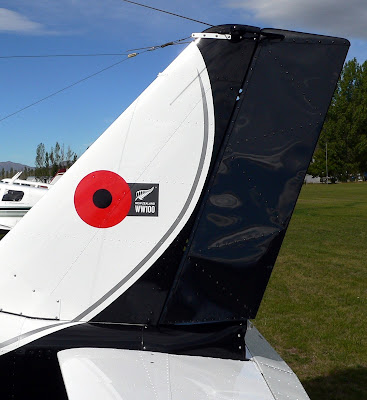 Baz and ZK-BAZ have done several oceanic flights and I believe the Anzac Poppy symbolises his trip to Gallipoli.
Below ZK-BAZ bores out of Omarama North bound.

VH-MEG2 is c/n 30-781 of 1965. Listed in the States as N7798Y it went onto the Australian register on 05-03-1974 with its current owner Tony Read of Sandringham, Victoria.
Below VH-MEG departs Omarama with the Benmore Range as a backdrop. 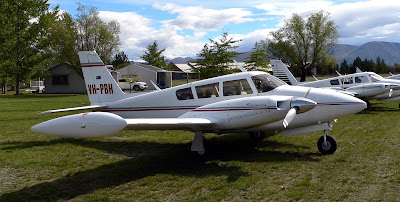 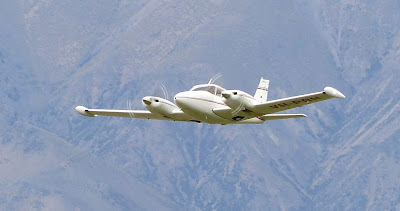