In November 1977 the Japanese Maritime Safety Agency registered the Stationair 6 JA3790 with the operation being renamed Japan Coast Guard somewhere along the line. It was cancelled from the Japanese register on 25 August 2015 so it took a while before it inherited a new identity.

Currently there are 49 Cessna 206 of all variants on the ZK register plus YJ-RIR parked at Ardmoer. 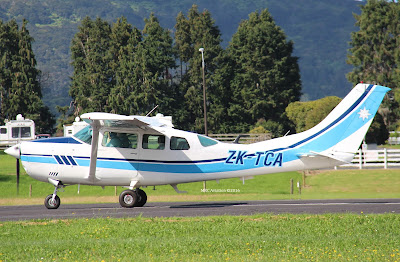