My first view of ZK-CKF was at Gore on 12-03-1965 above - parked outside the Club hangar with  the Club's Victa Airtourer 100 ZK-CDM.
In the view below you can still read the US civil registration of N7818V on the fuselage side.
And I'm guessing that is the Cub ZK-BTM in the background - which the Club later had on line. 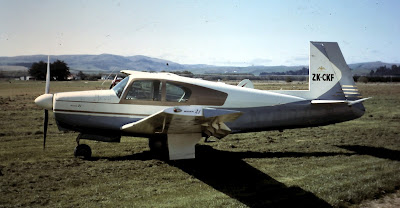 Below we have ZK-CKF at Ardmore.
An undated shot from the Neville Drake Collection.
(It may well pre-date my shots above). 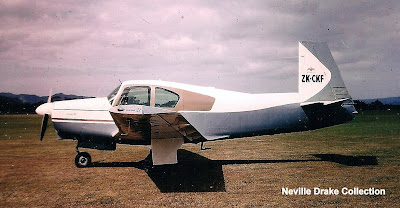 From about February of 1965 it was used in an air service between Gore and Dunedin replacing the recently failed SPANZ service. 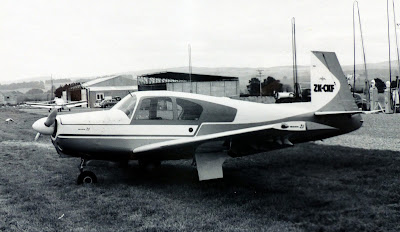 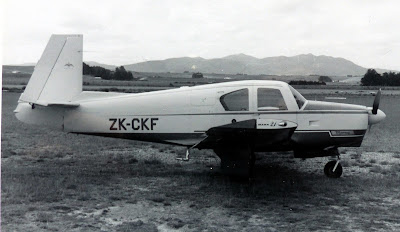 A colour view of the new scheme as seen at Gore in April of 1969.
That is the Club's AESL Airtourer 115 ZK-CXP beyond. 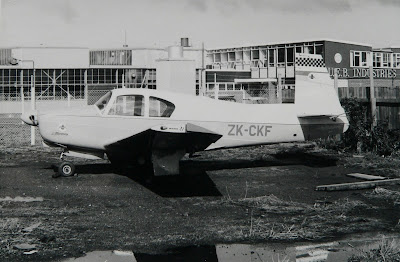 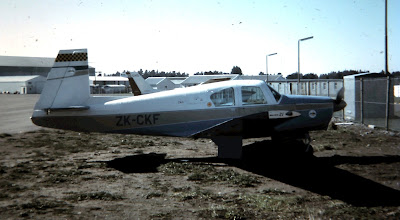 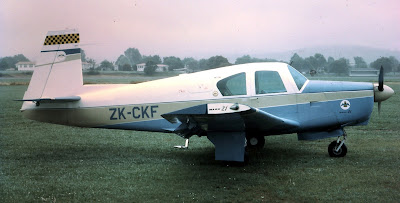 Above it is at Ardmore on 13-11-73.
And below also at Ardmore. Another undated pick from Neville Drake. 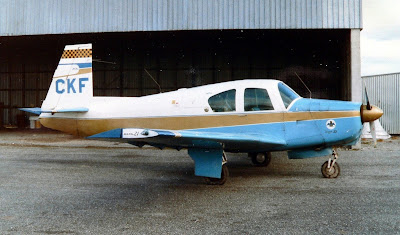 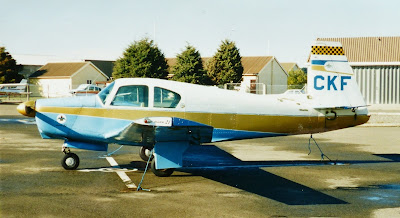 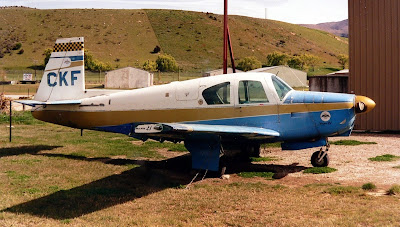 To Tim Allan, Tim Donaldson and Rob Penny of Christchurch appear on the owners list from 11-12-2006. 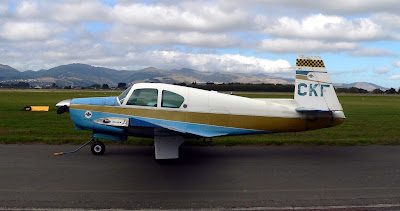 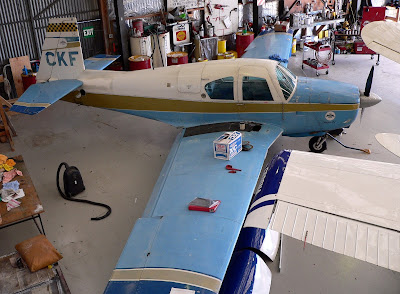 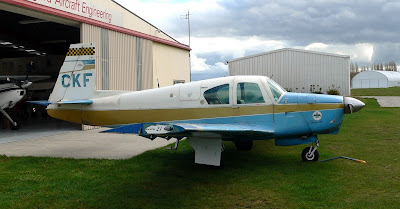 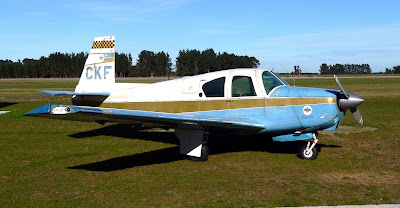 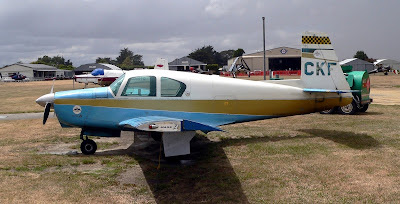 At Masterton on 18-01-2013 with a Kittyhawk and the Corsair behind and Fletcher ZK-DZM in the near background. 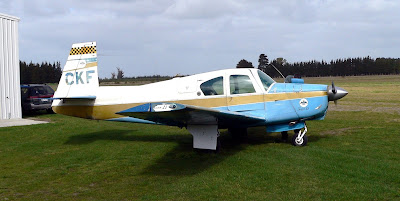 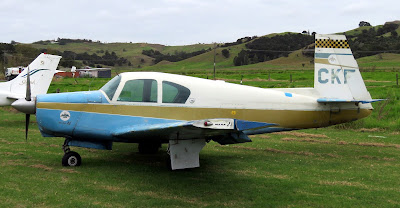