I was up at North Shore yesterday and was given the results of the Bryan Langley Memorial Aerobatic Competitions that were held a week ago, last Saturday.  I posted about the competition at http://nzcivair.blogspot.co.nz/2016/04/brian-langley-memorial-aerobatic.html 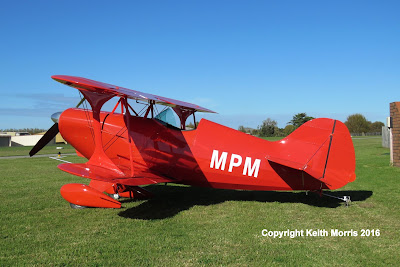 Chris Schadler placed second in his RV 3 ZK-WCO2, flying in the Sportsman category.

Trish Stephens placed third in her RV 6A ZK-RVF, flying in the Recreational category.

The top three places were hotly contested with just 3.07% separating first from third.

I hope the organisers of the contest have better weather for the next contest, as this was the third time they had tried to conduct what started out as the 2015 competition.  I guess there will be another contest later in 2016.
Posted by Sir Minty at 11:22