Later in the afternoon at Ardmore, a couple of Tigers emerged from their hangars, while a Bird Dog stayed put in its kennel. 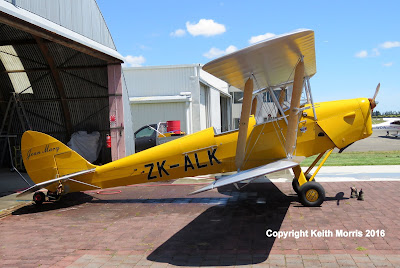 ZK-ALK has been featured on the blog previously, but it now has the name "Joan Mary" on its rudder. 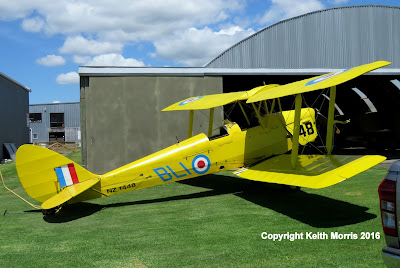 While ZK-BLI emerged from the hangar next door. 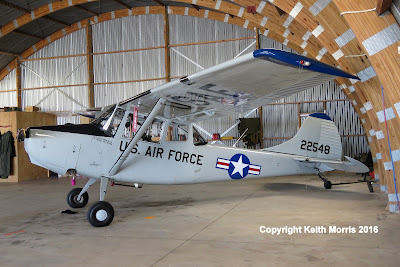 In the same hangar as ZK-ALK was this Cessna Bird Dog ZK-DAJ2 which was a new one to me, having been first registered on 18/12/12.  Both aircraft are owned by the Strome Farm Trust of Drury.