My Friday afternoon trip to North Shore Airfield had a great outcome when I came across Stan Smith attending to his J 5 Auster ZK-DBU which operates under the colours of NZ 1702.  Stan told me he was about to top her up for a trip to the 50th anniversary Walsh Memorial flight school on Saturday, and yes he did have a spare seat if I could be at the airfield before 8.30 on Saturday morning.  Could I?  Yes I could! 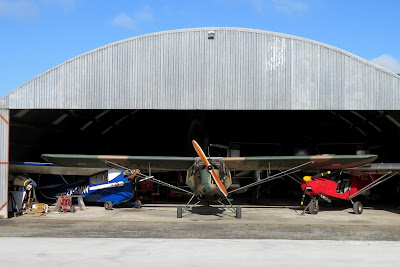 Our steed awaiting in the sun. 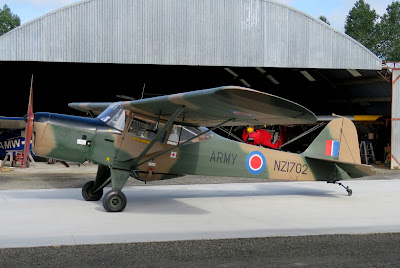 We were delayed because Matamata was fogged in but we left in faith at around 9 am.  Flight time was to going be round 1 hour. 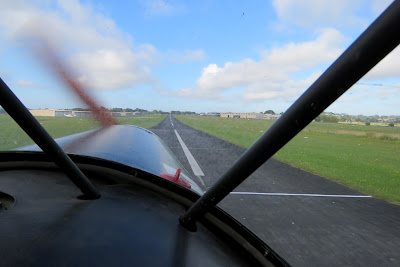 Take off to the South on the sealed runway 021. 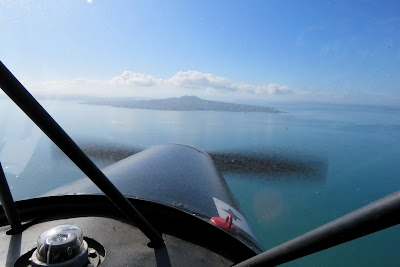 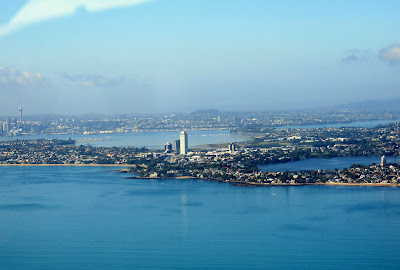 With a nice view of Takapuna and Lake Pupuke with the Waitemata and Auckland CBD in the background. 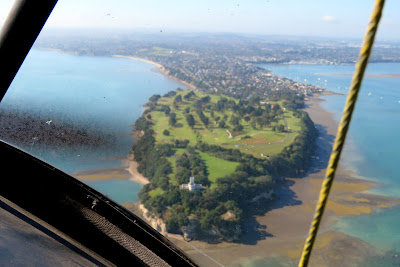 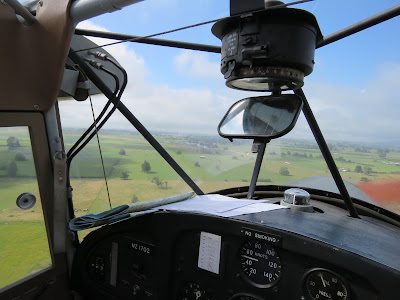 Forward view in the Auster is adequate but with various tubes and cables in your forward view.  The compass is read through the mirror. 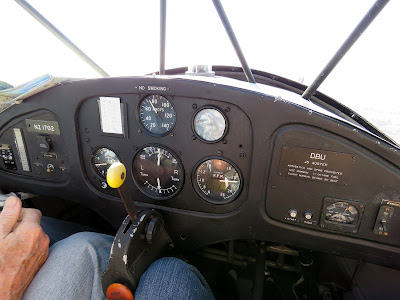 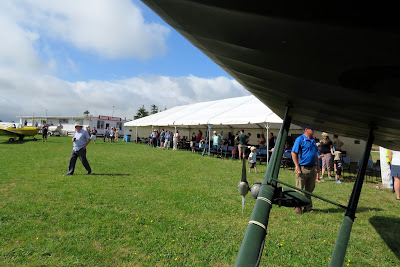 Arrival at Matamata and being marshalled into an honoured park in front of the main guest tent where the speeches and the formal cake cutting were held. 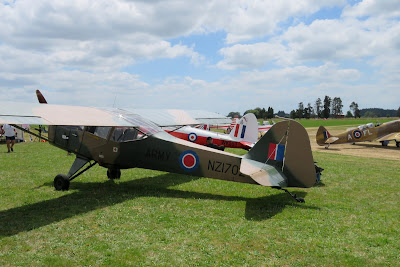 One really neat story was when a gentleman came up out of the crowd and introduced himself as Bill Flanagan, and told us that he was an Army pilot who flew the original NZ 1702 in 1957, and who crash landed the aircraft at Rolleston in 1958 after a fuel blockage caused by a piece of chamois.  Bill now lives in  Matamata.

This aircraft is the original NZ 1702 that was restored by Stan Smith following its registration on the New Zealand Civil Register.