The twenty ninth Cessna 185 to enter the NZ register was the 185C model with the construction number of 185-0757. This was allocated N5857T on the manufactures assembly line before being transported to New Plymouth for Rex Aviation (NZ) Ltd.
It entered our register as ZK-CHL listed to Rex Aviation on 21-01-1965 for fitting out as an agricultural aircraft for Central Aviation Ltd of Roxburgh
The photo below was taken at Bell Block, New Plymouth before ZK-CHL was delivered down south. So the date would would most likely be February of 1965. 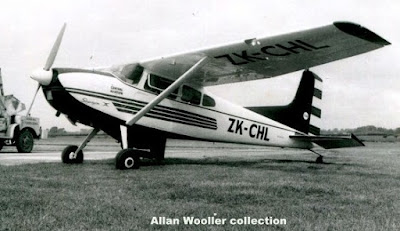 Then below we see her at Taieri on an unrecorded date - but knowing my activities it would have been early 1966. 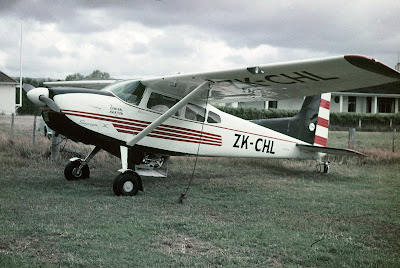 Ownership details moved to N Z Tourist Air Travel Ltd of Queenstown on 29-06-1966.
The paint scheme was modified more in line with TAT's norm.
Below I caught it at Hokitika some time in 1967. 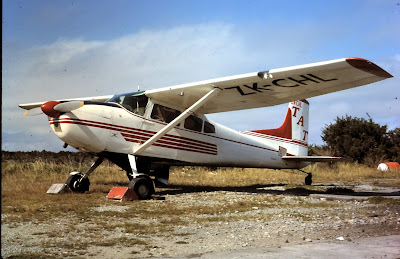 The pic below was taken at Queenstown and shows the TAT titles on the fuselage side.and
Pic comes from the Des White collection. Date unknown.

Then I took this photo below at Queenstown in December 1972 showing it in the Mount Cook Airlines blue and white scheme and with TAT underwing. 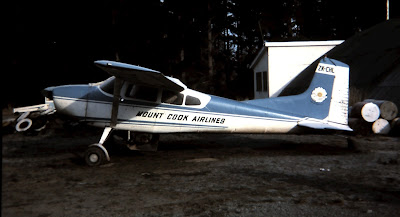 Followed by another view thanks again to Des White. 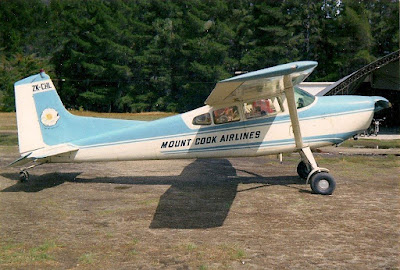 Below - Caught at Queenstown in May of 1975 by CMM we note that it now has the coloured band around its rear fuselage and also has the hopper re-installed. 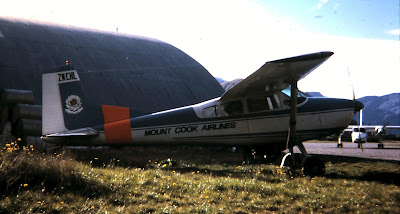 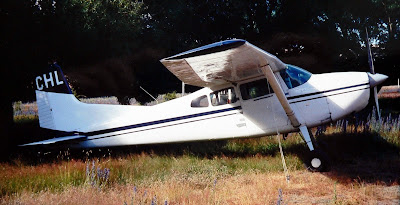 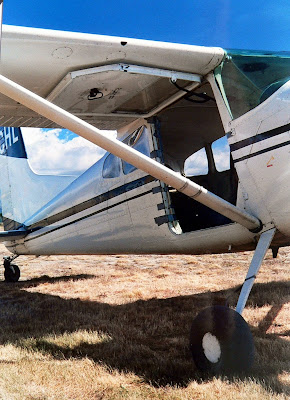 Peter Williams of Christchurch listed it under his name on 29-10-1999 and spent a lot of time on her culminating in a repaint to this all yellow scheme - as captured in these two shots in the hangar at Wigram on 23-01-2000. 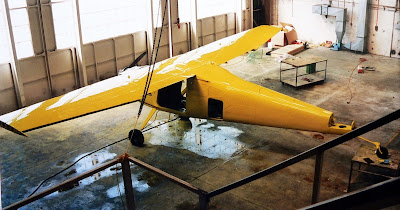 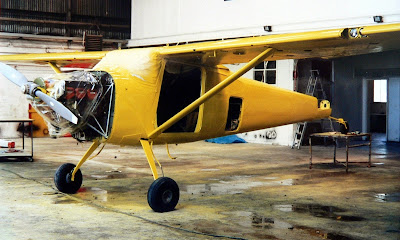 By 22-02-2000 it was almost ready to go now with its full "ZK' registration marks and bearing the 'Melanie Elizabeth' name on its engine cowling in memory of Peter's sister. 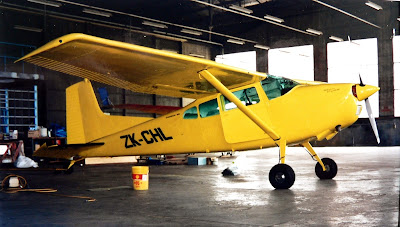 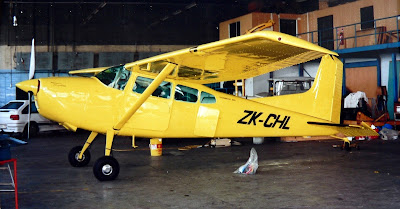 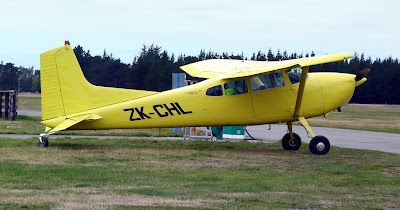 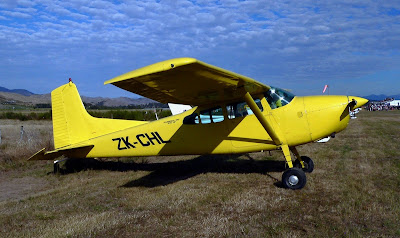 And at Wellington.Pic from the Allan Wooller collection.
Posted by Dave Paull at 15:32