The Whitney Boomerang was designed by C W (Bill) Whitney and gained FAA23 certification on December the 18th 2007 - the fifth Australian designed aircraft to do so.
It went into production as the DW200 Whitney Boomerang with Dean Wilson Aviation's  Queensland Aviation Manufacturing division at Kingaroy, Queensland in 2006 and first flew that July. It was hoped that it would be a replacement for the Piper PA-38 Tomahawk and the Cessna 152. It was demonstrated on numerous occasions and even made the flight across "the Ditch" to NZ arriving at Kerikeri on 03-10-2008.
The launch customer was Minovation Flying Training at Jandakot, Perth and then with Flight One at Archerfield, Brisbane. Foreign interest faded after a burst of initial interest and an order for 10 aircraft from India. 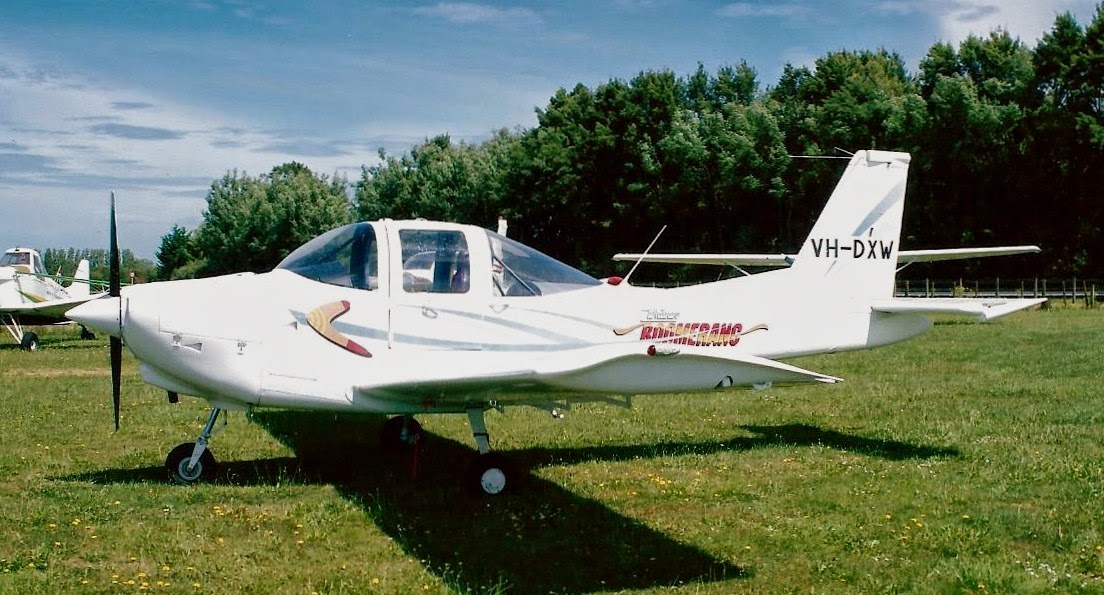 Tony Harsant has supplied these two photographs of the DW200 VH-DXW at Premi-Air Aviation at Ardmore in January 2009. 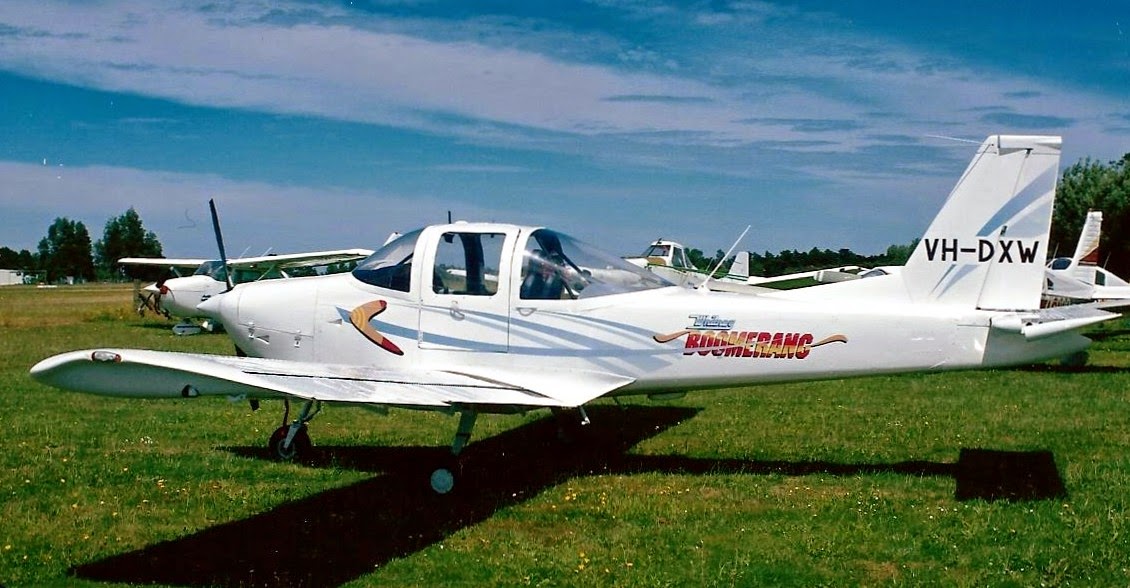 New Zealand Type Acceptance was been granted to the Dean-Wilson DW200 Series (also known as the Whitney Boomerang) on 24-10-2008 based on the FAA and CASA type certificates.
The application for New Zealand type acceptance of the Model DW200 was from the
manufacturer, dated 7 October 2008.
Following the gaining of its NZ certification VH-DXW returned across the Tasman Sea to Australian .
A true Boomerang.
The DW200 is a two-seat low-wing all-metal training aircraft, rather similar to, but does not have the "T" tail of the Piper PA-38-112 Tomahawk.
It is powered
with a Lycoming O-235-N2C engine and a McCauley 1A135/JCM7147 propeller.
MCTOW is 825kg.

A distinctive feature of the fuselage is a 4130 tubular steel frame cockpit cage tested to
withstand 12g forward loads, that also provides roll-over and side intrusion protection.
Alas due to lack of sales the assets of the collapsed Dean-Wilson Aviation company at Kingaroy were offered for sale. On 27-05-2011 an advert in the "Australian" newspaper invite expression of interest in acquiring the assets of the Companies manufacturing the Whitney Boomerang.
This included the type certificate, plant and equipment, parts and tooling and the hangar housing the facility at Kingaroy.
None made it onto the NZ civil aircraft register.