More photographs of ZK-AMS / VH-CWS have come to hand.
They have been included in the original post at :-
http://nzcivair.blogspot.co.nz/2014/07/zk-ams.html

Two views of ZK-AMS taking off uphill to the West from Mesopotamia Station on 07-06-1994. 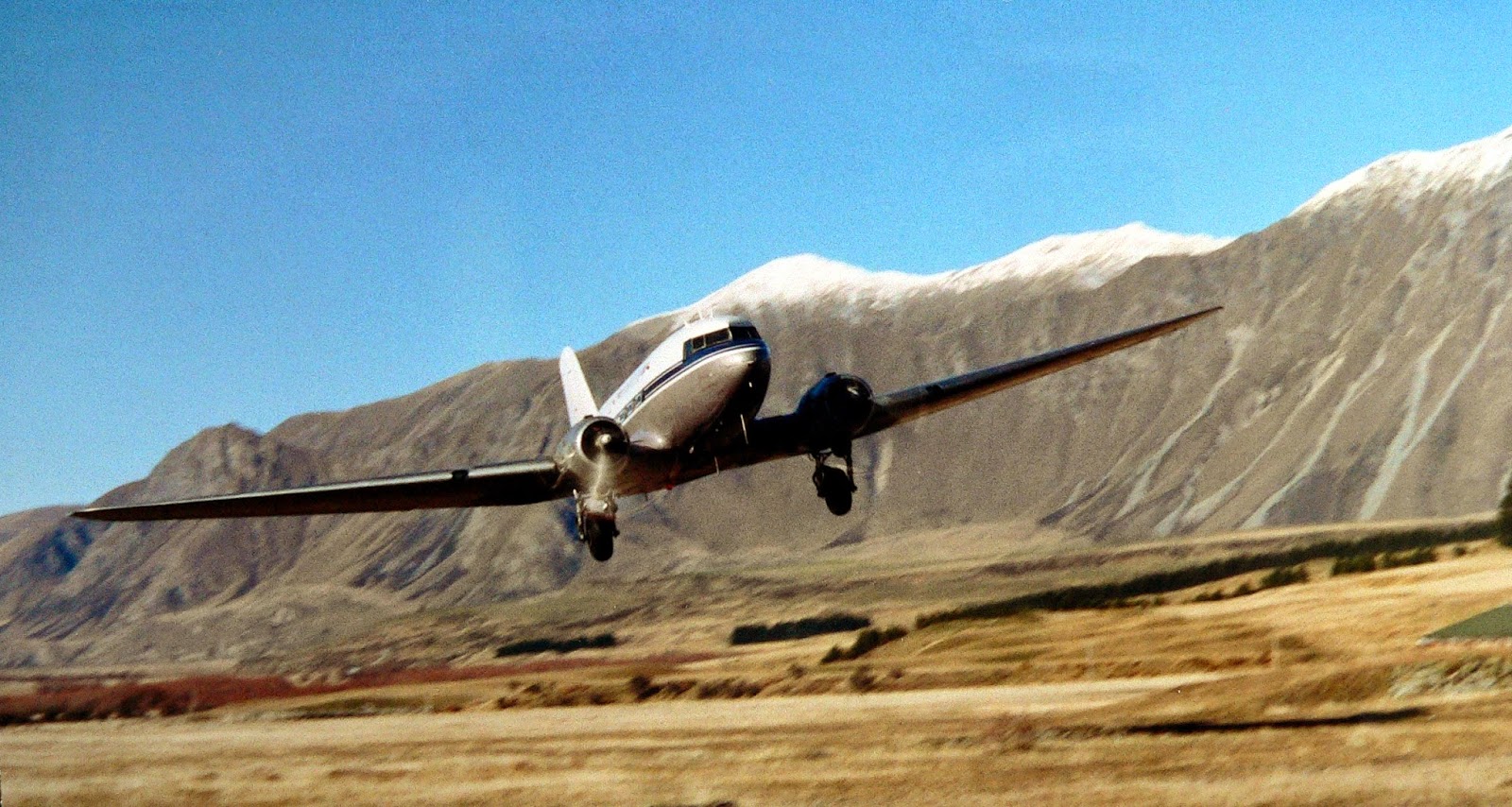 Below you can see the bubble window towards the rear starboard side. As seen at Wigram on 09-05-1999. 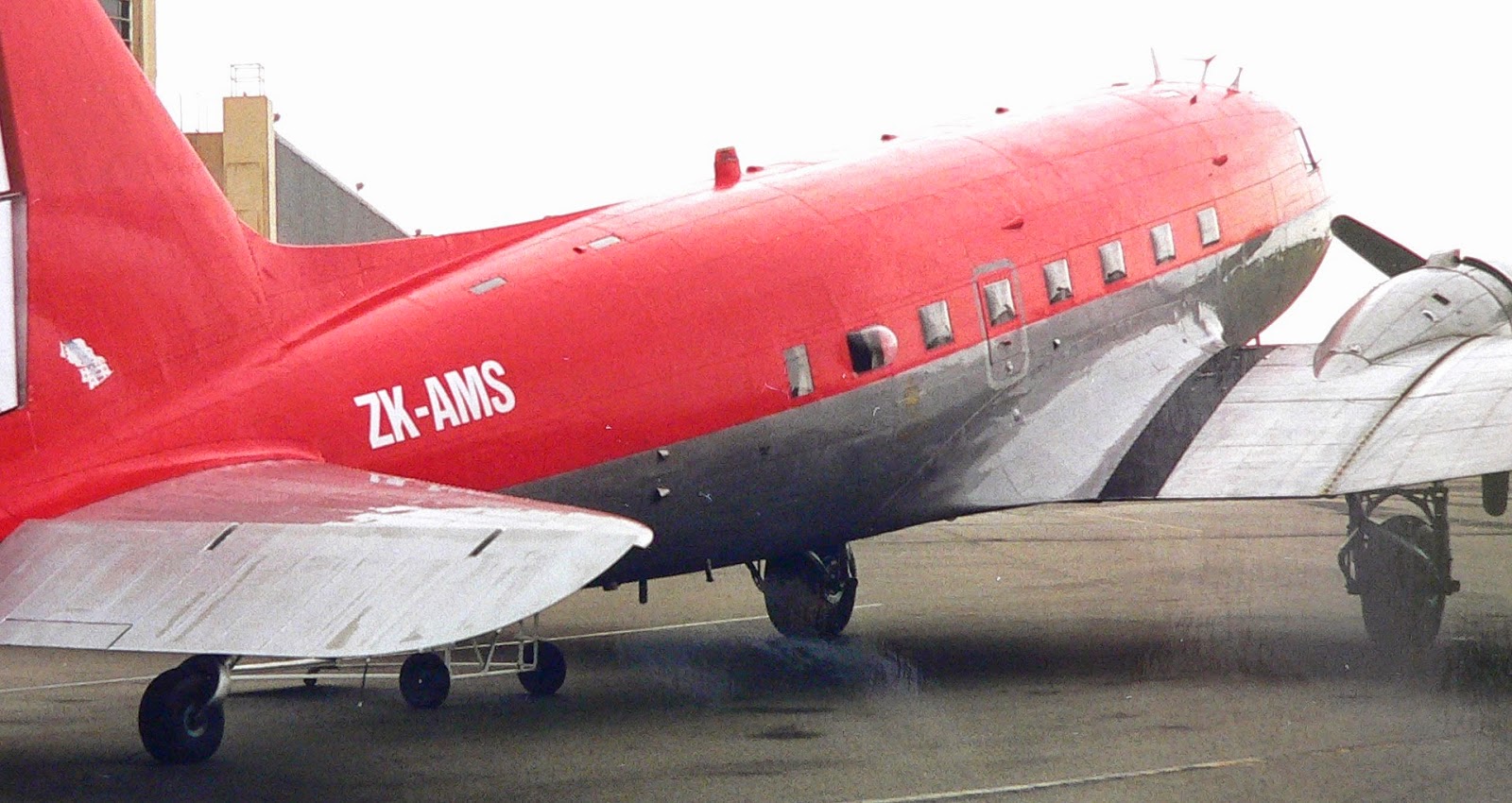 Below we have four more photos of VH-CWS taken by Graeme Mills. 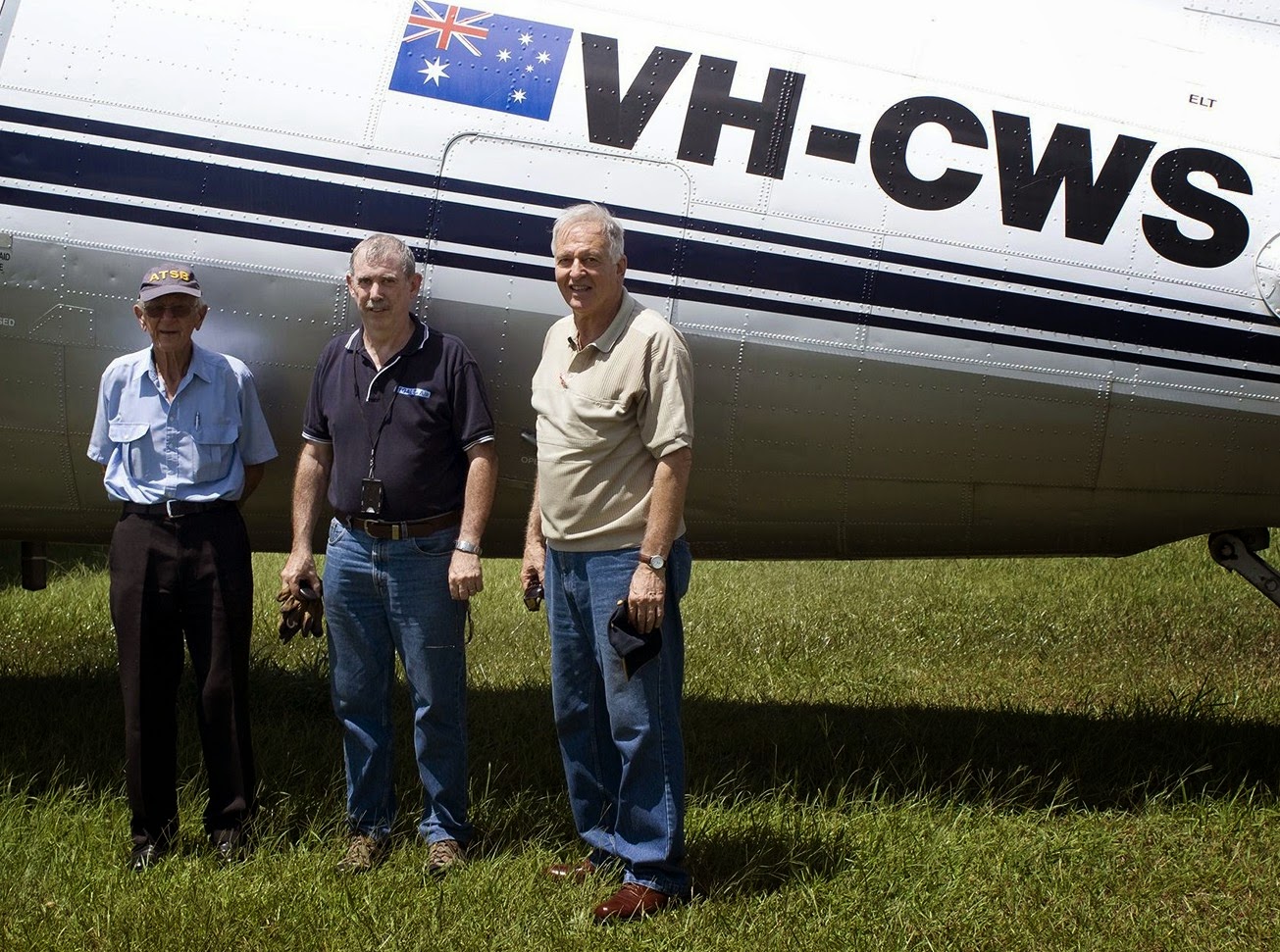 Photo taken 10th February 2010. Pictured are Captain Jack Curtis,
Peter Edwards and retired 747 Captain Gordon Power. Jack & Peter flew
CWS from Perth to Maitland the year before. They both flew DC3's for the
now defunct Dakota National Air. At the time this pic was taken, Jack
was 80 years old and still holds a current CPL.

Photo taken shortly after it's arrival at Bankstown 8th August 2011.
Peter Edwards flew it down from Maitland. It is still parked at
Bankstown, outside in the weather and would need a rather big cheque
book to get her in the air again.
Posted by Dave Paull at 18:20