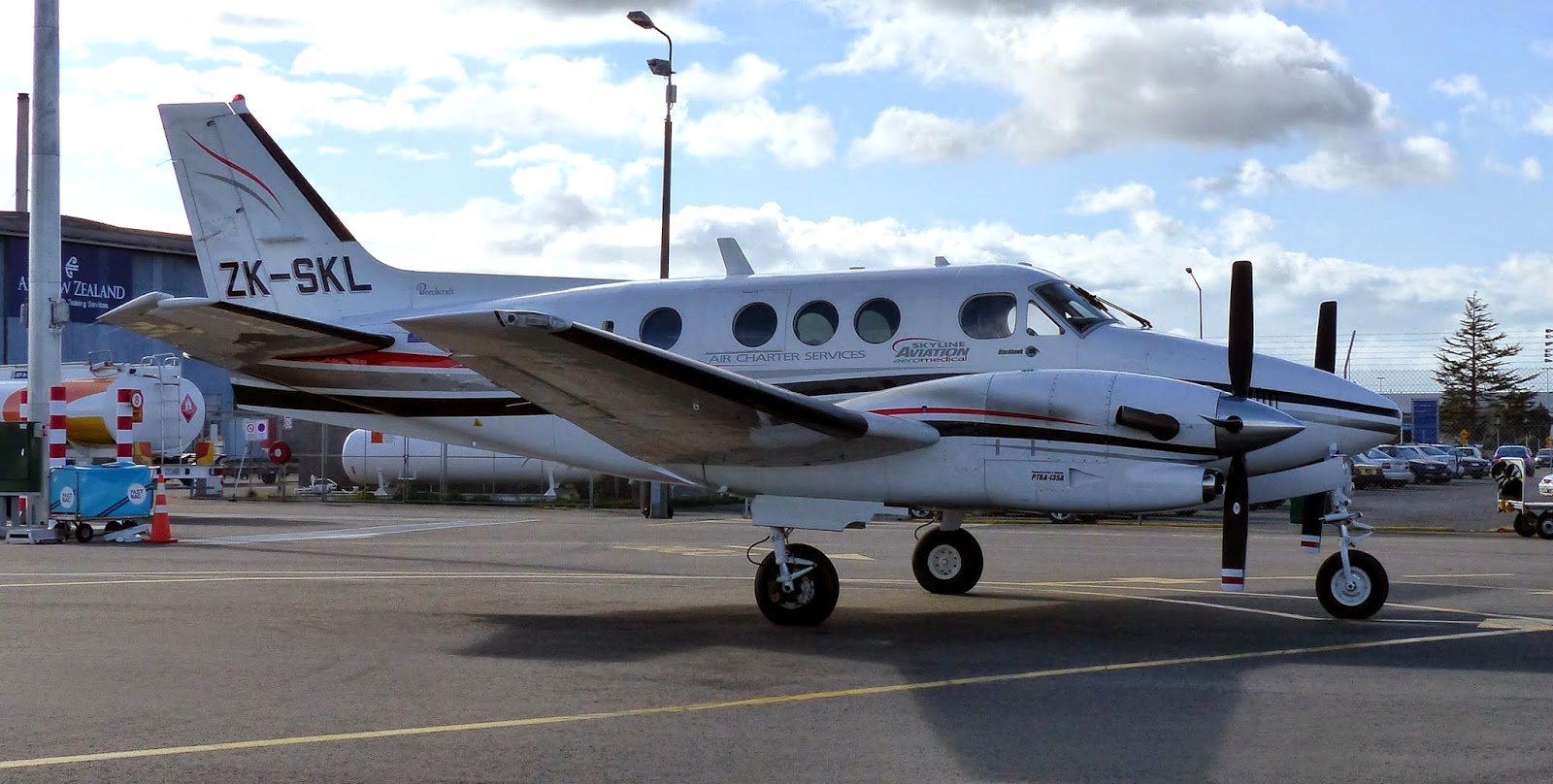 Beechcraft C90A King Air ZK-SKL2 (c/n LJ-1372) was parked such that I could do an orbit and get a shot from both sides.
Below is what the NZ Aviation News Magazine said about it at the time of its arrival in NZ :-
The influx of Beech King Airs continues with the arrival of the latest C90A model for Skyline Aviation of Napier. Built as N1562V in August of 1994 and delivered to Peidmont Aviation Services of Winston Salem in North Carolina. It went to Airplane Company Inc at Mount Gilead in December of 1994, was re-registered as N151JL on 09-01-1996. After a year with Design Programs of Raleigh it returned to Piedmont Services Inc and became N454P on 29-04-1999. There were two additional operators and by September of 2009 it was in the hands of Skyhawk Enterprises at Holden, West Virginia. It ferried out of Merced to Honolulu on 03-08-2011. Leaving Pago Pago for Tonga and Auckland on the 6th and then to Napier on the 8th to become ZK-SKL2 for the Skyline air ambulance and charter operation. 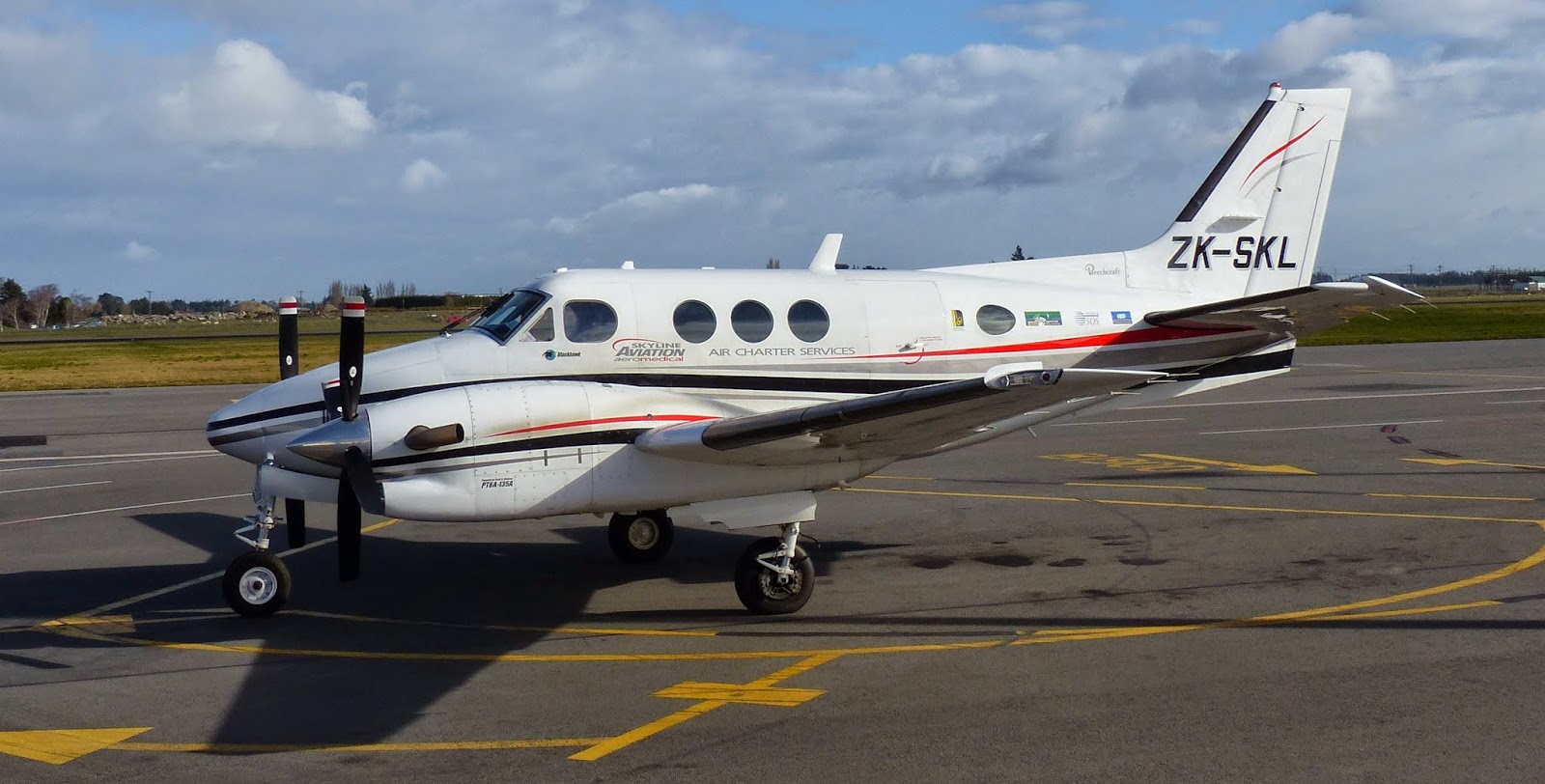 Below we have a long shot from the other side of the paddock capturing the Boeing 737-3U3 ZK-NGD (c/n 28732) sans its Air New Zealand markings. It was withdrawn from revenue service on 13-07-2014.
See more at:- http://mrcaviation.blogspot.co.nz/search?q=ngd