The original BE 2 aircraft (and the earlier BE 1) were designed by Geoffrey de Havilland who was at the time the chief designer and test pilot of the Royal Balloon Factory (which was later renamed the Royal Aircraft Factory in 1912).  Its tractor biplane configuration was not common at the time of its design in 1910 and led to the the tractor biplane becoming the dominant configuration for some considerable time.  Early  BE 2 aircraft used wing warping but later models used ailerons.  It was a very stable aircraft that was well suited to training and photo reconnaissance, but its stability did not make it suitable for aerial fighting so it was not used on the aerial frontlines of WW 1 for very long.  It was continuously developed during the early years of WW 1 from the BE 2c to the BE 2f (and on past the 2f).  An astounding number of around 3,500 BE 2s were built, by over 20 different manufacturers.

And the reason we are now privileged to observe these aircraft flying in New Zealand is because of The Vintage Aviator, who have built four BE 2s to exact replica status (one of them was built from an original airframe).  What is the difference between the various BE 2 marks?  I will attempt to explain.  The photos were taken at The Vintage Aviator Armistice Day celebration airshow at Masterton on 10/11 2012. 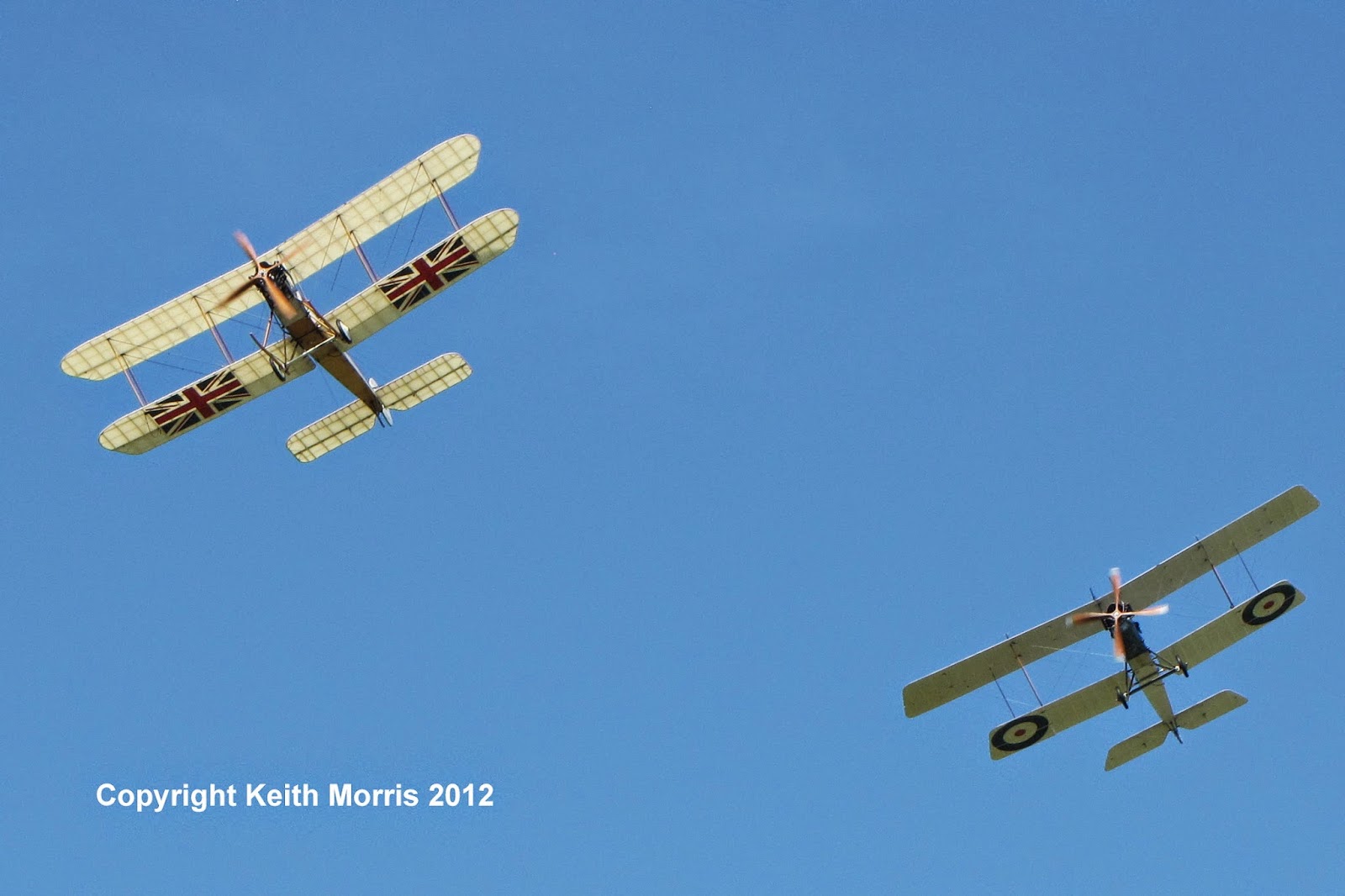 The photo above shows BE 2c ZK-TVC followed by BE 2f ZK-BFR.  This shows the difference in the wings between the two models.  The BE 2c featured equal span 2 bay biplane wings (2 sets of struts on each side) with rounded tips and rounded tailplane tips, whereas the BE 2f featured unequal span single bay biplane wings with swept back tips with similar swept back tips on the tailplane. 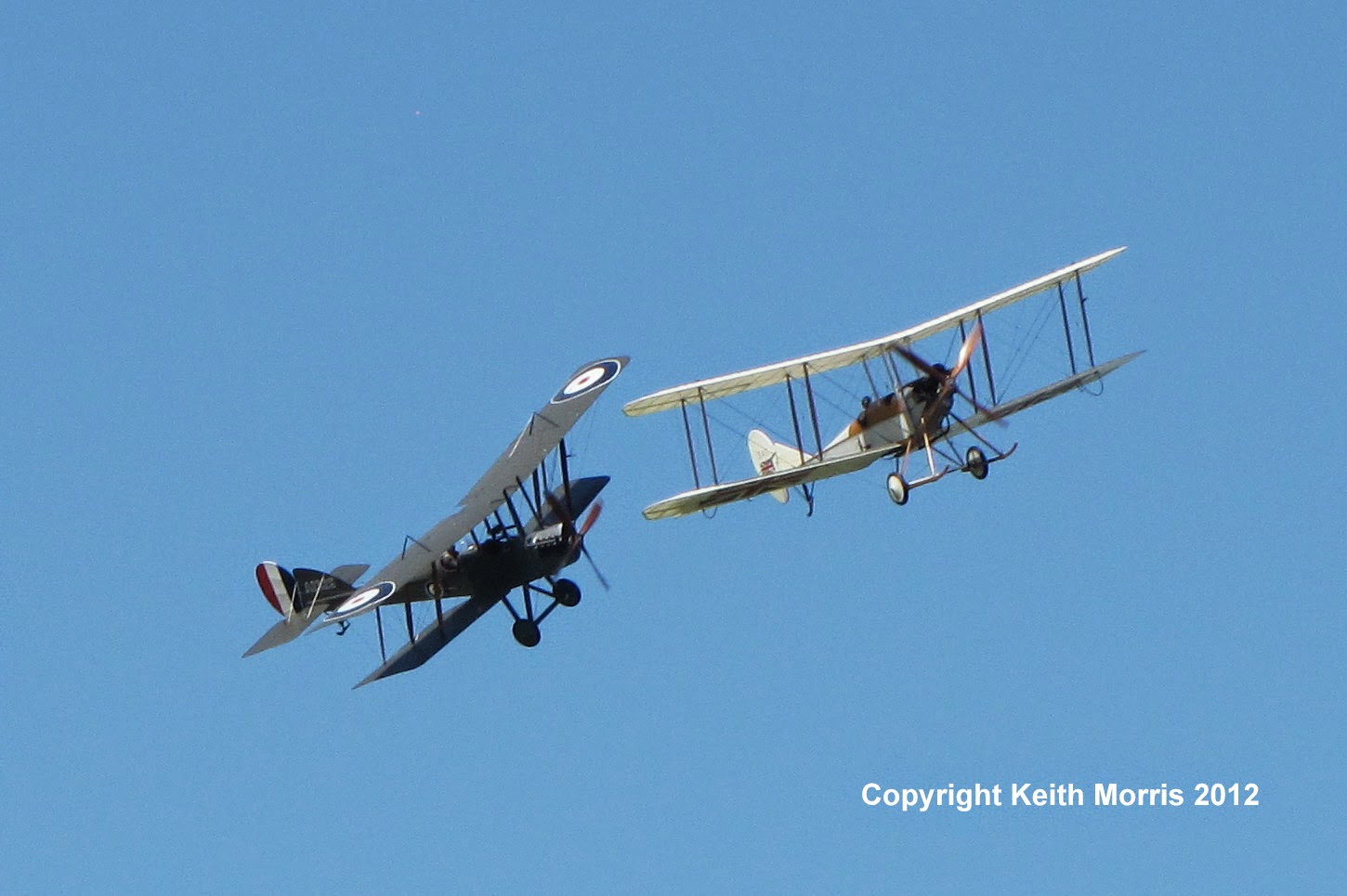 In this photo you can see the different engines.  The BE 2c has a 75 HP V8 Renault engine without much in the way of cowlings whereas the BE 2f has the 90 HP RAF-1 V8 engine (which was a development of the Renault engine).  In this view you can also see the slightly different shape of the fin and the different undercarriages with skids out the front of the wheels on the BE 2c.

And what of the BE 2e I hear you ask?  (the two recent TVAL built BE 2 aircraft ZK-KOZ and ZK-TFZ that have been sent to England were BE 2es).  Well, the new unequal span single bay wings proved superior to the BE 2c wings, but many BE 2cs were still being built by various manufacturers.  So the BE 2f is a BE 2c fuselge with BE 2e wings (and a few other modifications to the fuselage).  This can be found in more detail on the excellent The Vintage Aviator website www.thevintageaviator.co.nz and on their BE 2 pages.