A pack of Bulldogs.

BEAGLE (British Executive and General Aviation Ltd) designed the B.125 Bulldog but production passed to Scottish Aviation at Prestwick after BEAGLE's collapse.
It appears that each customer were given their own designation - and in the case of the Nigerian Air Force - This was the Series 123 - of which they received some 37 airframes.
After the Nigerian Air Force fell over :-
**************
Below is a news snip from June 20 2012.
From Aviation Central

The Nigerian Air Force is selling the following military aircraft. MiG 21 Bis  and; MF Fighters and; UM Trainers, Sepecat Jaguars, C-130s, Fokker 27, Bolkow 105s, Mi.31 and; Bulldogs, .
All the planes (with the exception of the Bulldog planes which are to be sold as scrap) are in good working condition and available for immediate inspection / purchase.
There are 13 Bulldogs for sale - located at Kaduna Air Force base, Nigeria.
******************
An earlier post by Greybeard on these airframes can be seen towards the bottom of the following link :-
http://nzcivair.blogspot.co.nz/2014/06/rotary-trio-from-hawkes-bay.html
*****************
Caribou captured these Bulldog images at Palmerston North on the 29th June 2014.

There are at least six fuselages and twenty plus sets of wings in this collection. 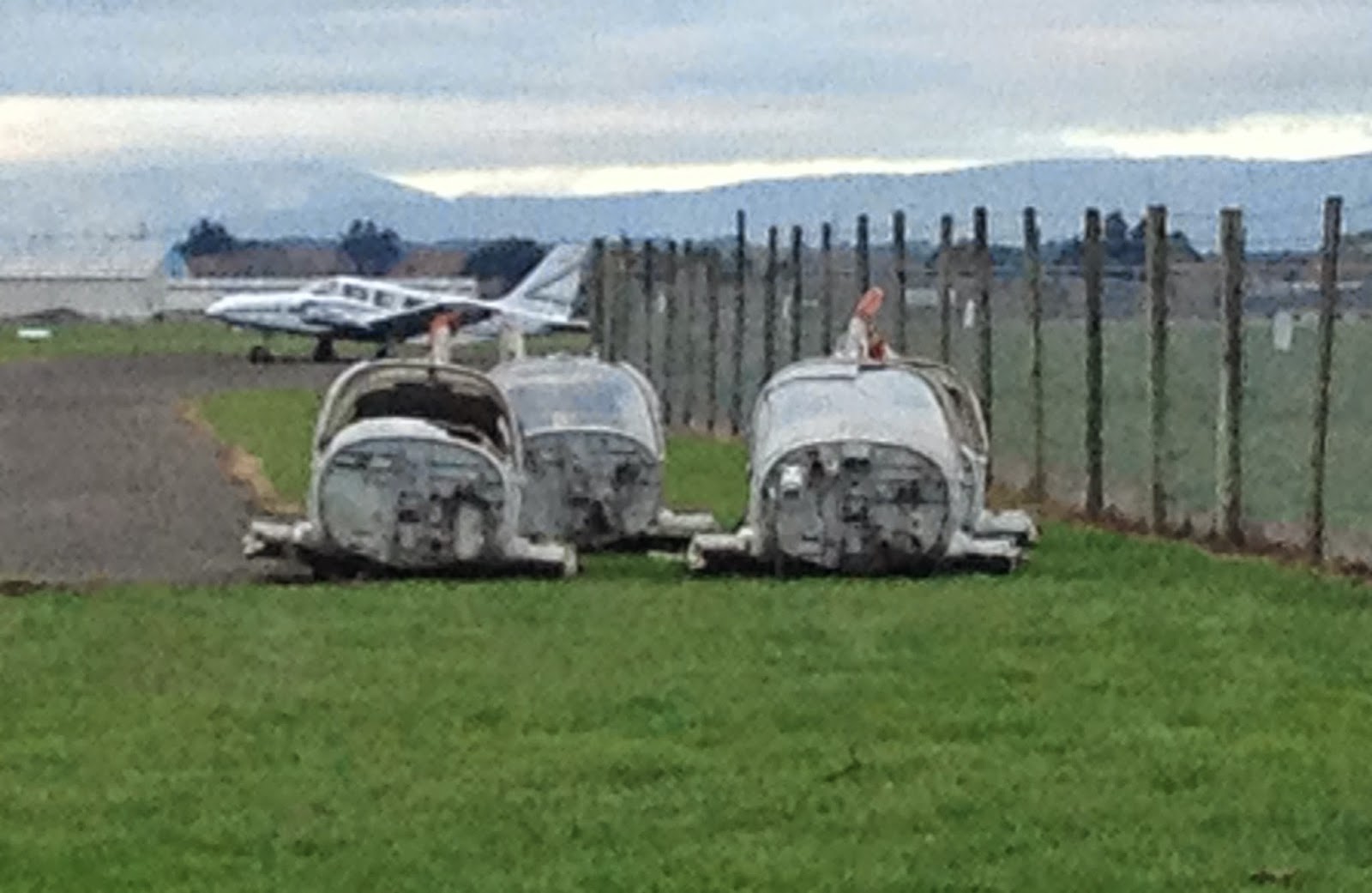 P.S. Thanks to handbag for the interesting link below:-
https://www.facebook.com/milson.aerospace.ltd