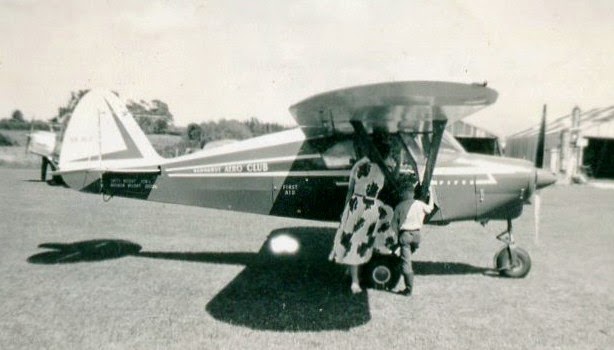 Above is a pic of ZK-BLC taken at Stratford in 1957 with Wanganui Aero Club titles.
Pic from the Allan Wooller collection.
It was first used by the Wanganui Aero Cub until it moved back to Christchurch with the Canterbury Aero Club from 15-03-1962. 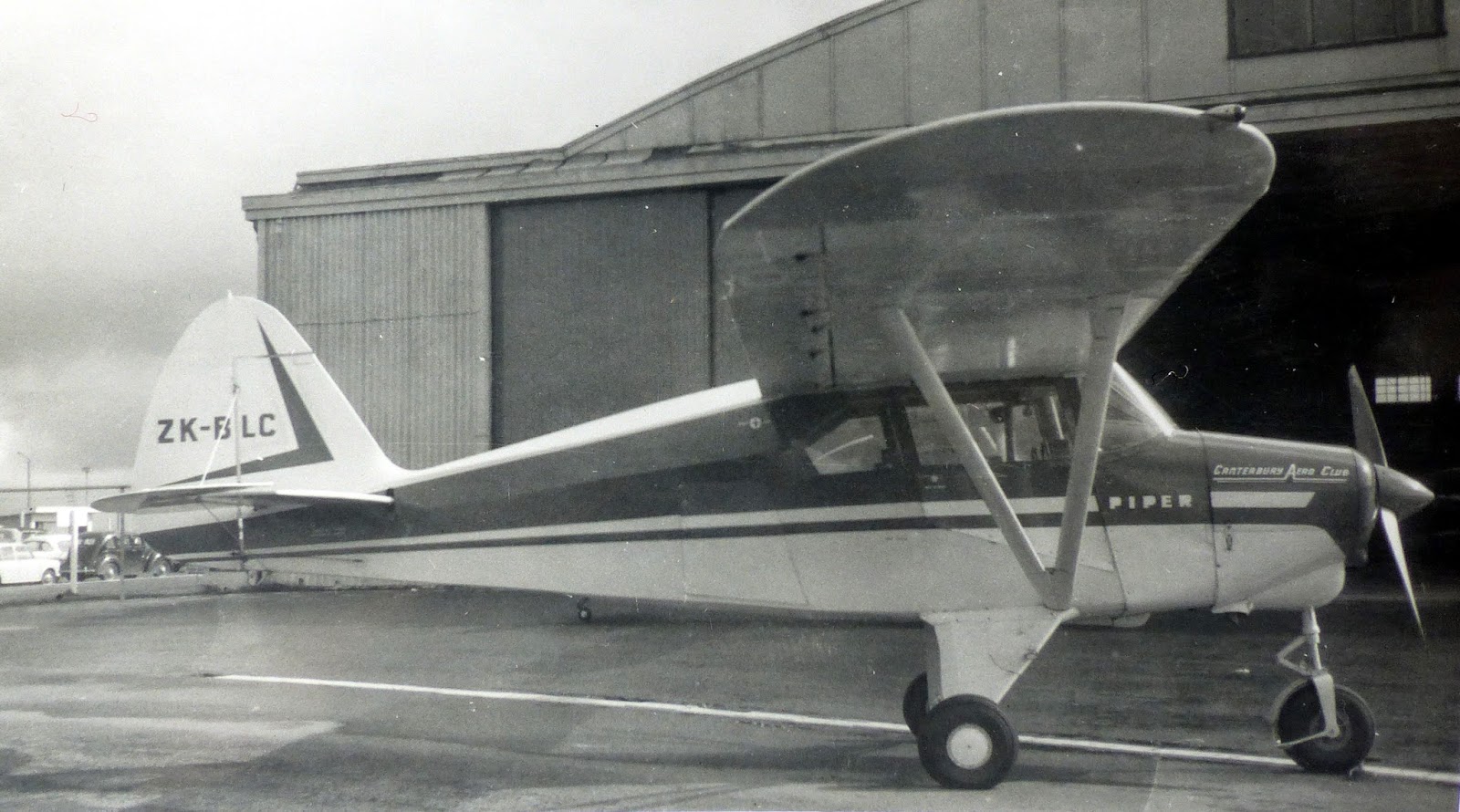 Photo above shows ZK-BLC outside the old Aero Club half hangar on 10-04-1964.
The other half of the hangar was used by Mount Cook Airlines for servicing their HS748's and the odd Cessna 185. 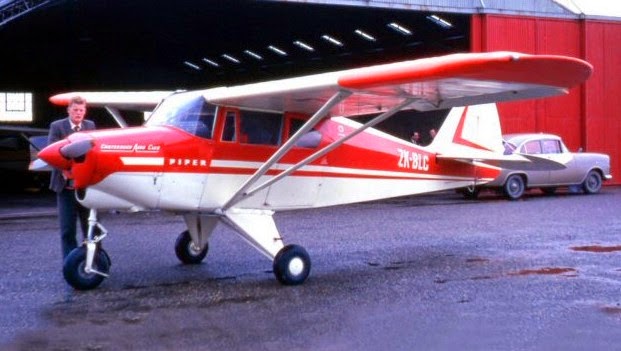 Above is a nice undated colour shot by Ivan Prince and comes from the Ed Coates collection.
It suffered an engine failure near Tapanui on 12-10-1965 and overturned in the ensuing forced landing.
It was rebuilt and re-appeared on the register on as ZK-CPJ on 04-02-1966 with B Frazer of Christchurch with the modified c/n of R22-3592 (with R = rebuild).
A couple of weeks later (18-02-1966) ownership moved to William E Robb of Ashburton.
The next, and final, ownership changed took effect on 08-02-1983 when it transferred to A J Harmer of Mount Somers.
Pic below on an unknown date and site of ZK-CPJ from the Allan Wooller collection with the full registration and vertical tailplane chevron. 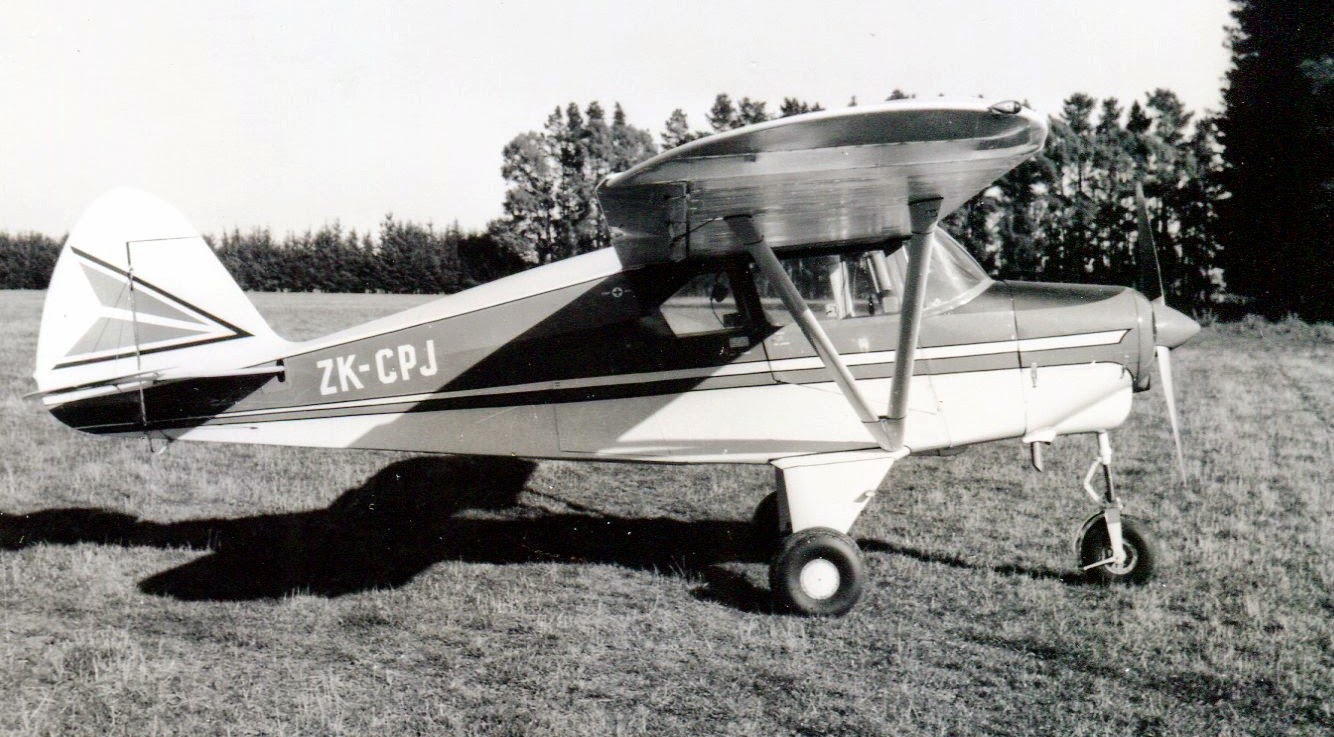 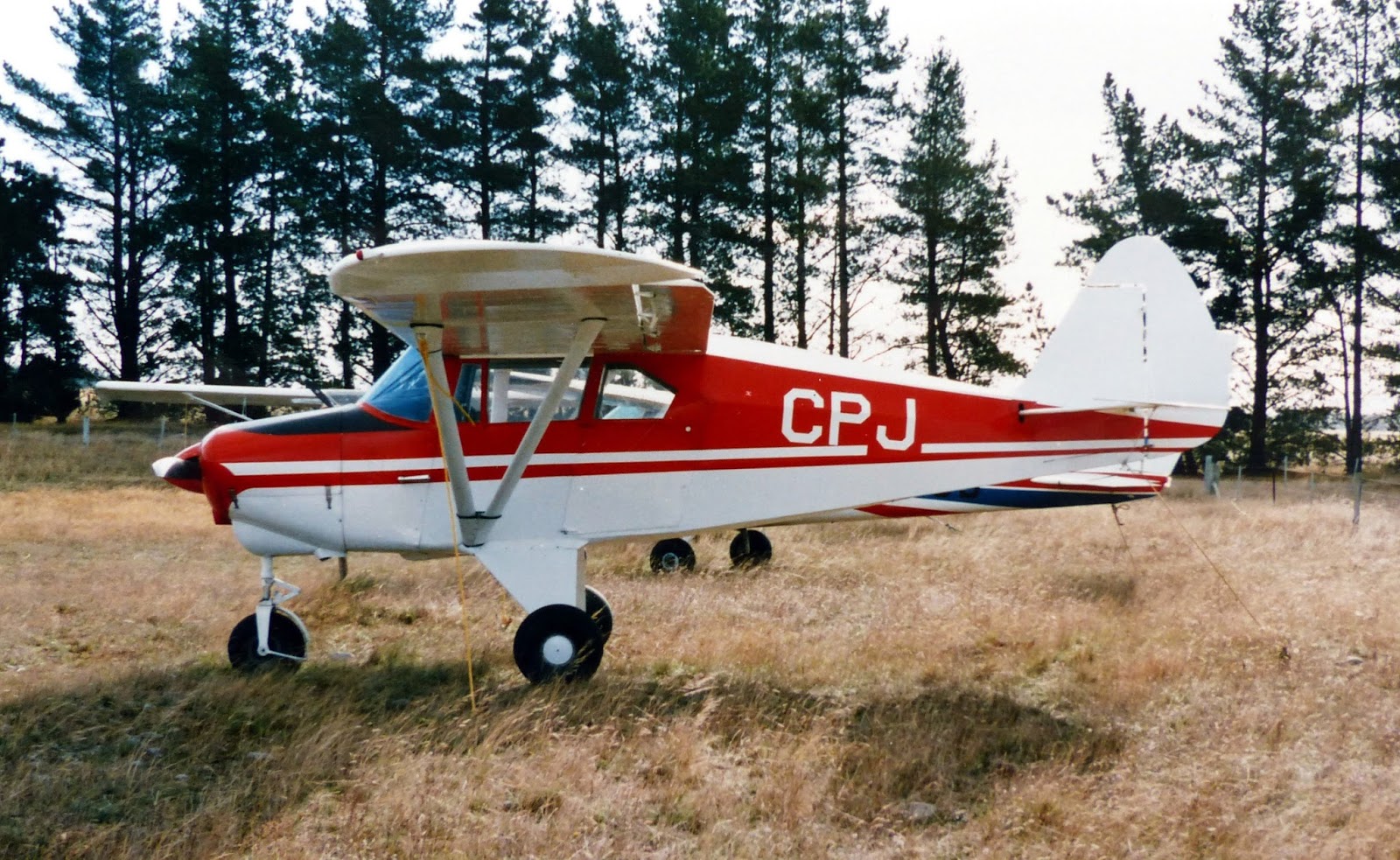 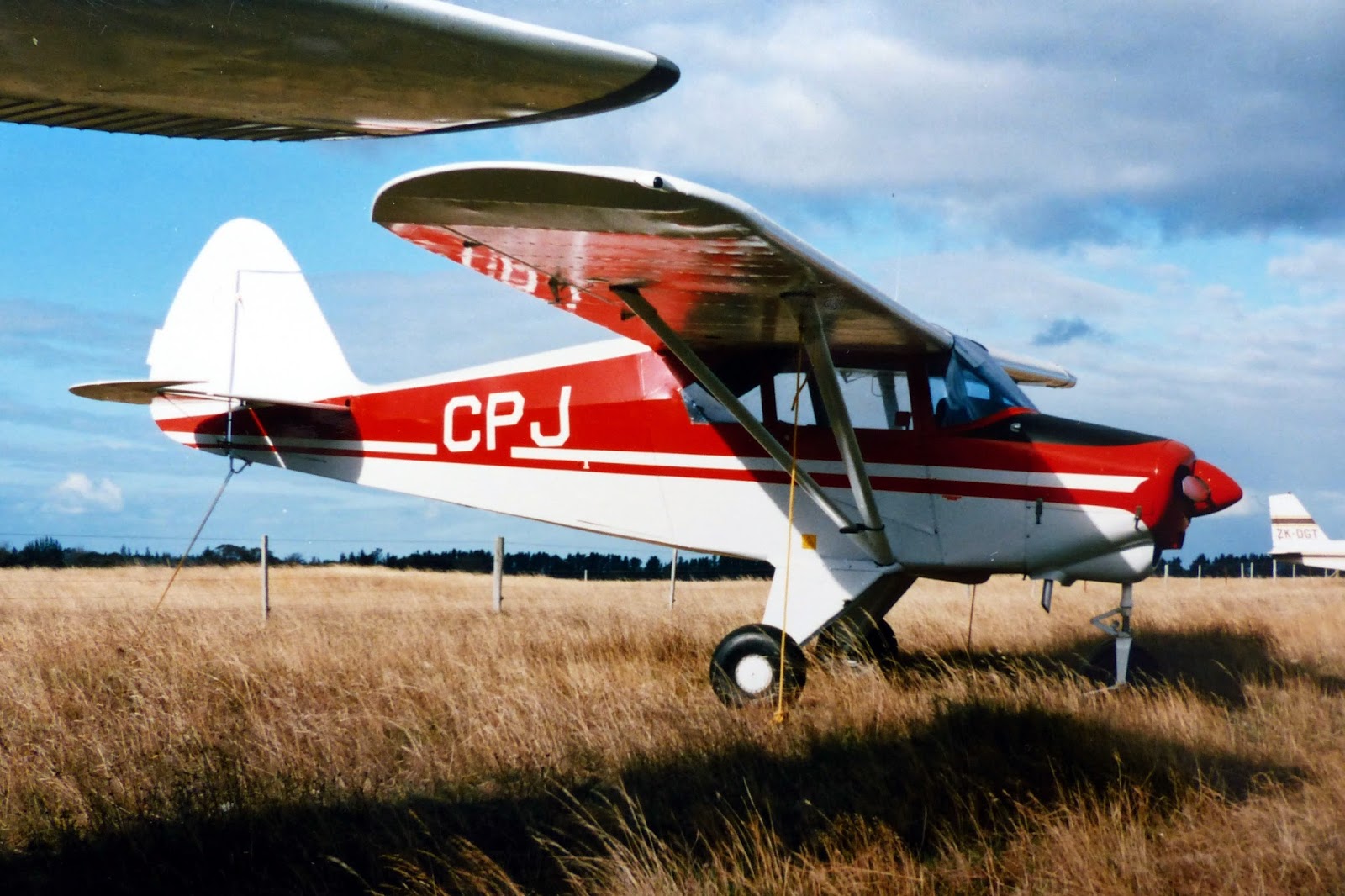 Below ZK-CPJ at West Melton on 13-08-1996 with its turned down wingtips, larger abbreviated registration letters and all white vertical tail. 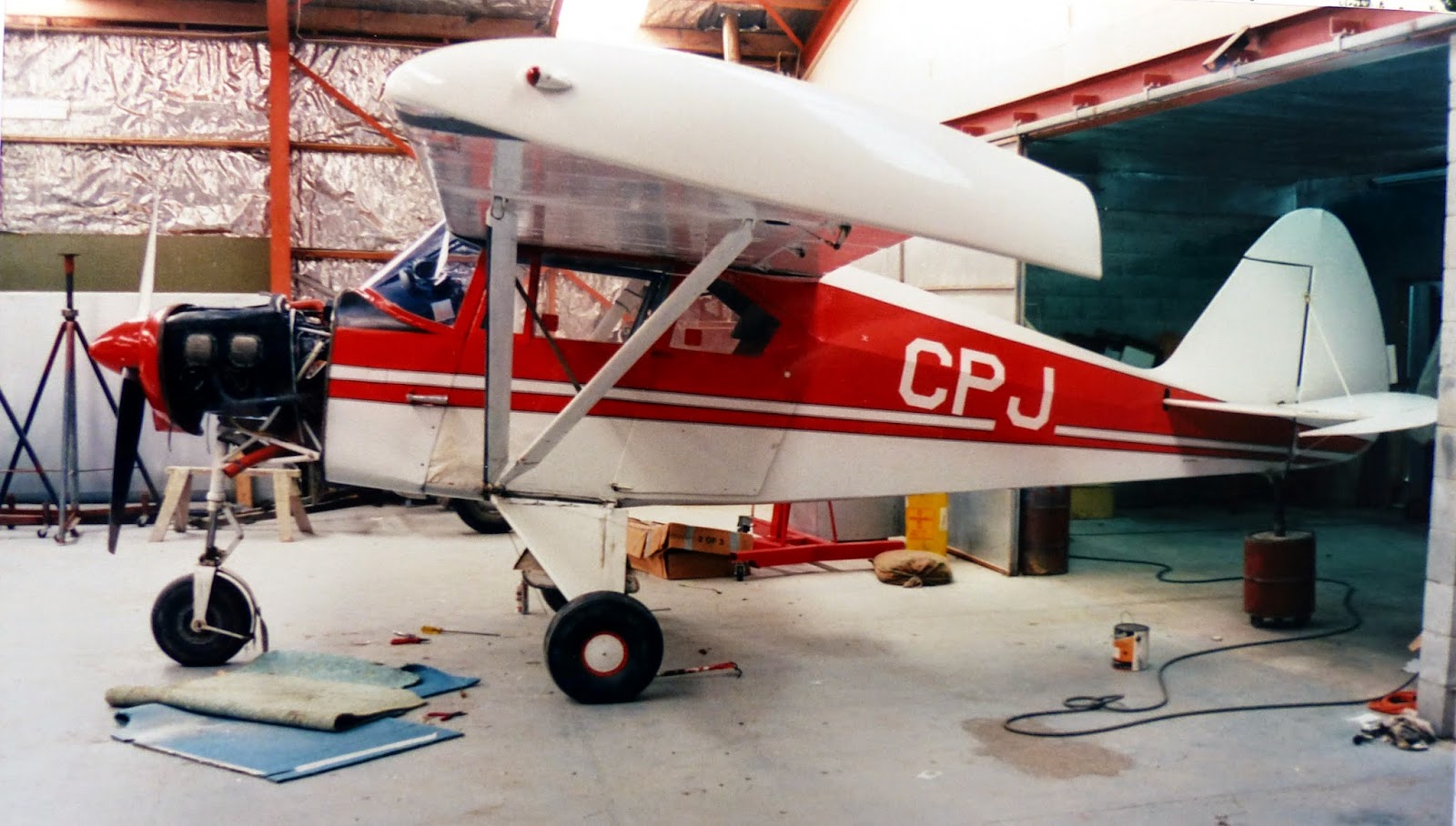 Mind your cranium on that wing tip trailing edge !

Other photos from the Dave Paull collection.
Posted by Dave Paull at 16:09