Another interesting one-off type to be registered at Blenhiem is the specialised aerobatic Rihn DR 107 One Design ZK-XSG.

The Rihn DR 107 One Design was designed by Dan Rihn of California, who is a very experienced designer of aerobatic planes (mostly biplanes).  The design came about in 1992 as a (relatively) low cost aerobatic aircraft for aerobatic competitions, and the International Aerobatic Club has created a special competition class for the (one) design.  The idea is that all competing aircraft would be essentially the same so that the best pilot (on the day) would become the winner.  The prototype first flew in August 1993 and by 2013 there were around 50 aircraft registered world-wide.  The airframe is mainly of wooden construction with dope and fabric covering, and it is designed to withstand plus and minus 10G.  The wing is a symmetrical Wainfan airfoil with nearly full span ailerons which give a spectacular roll rate of 360 degrees per second.  It is supplied as a kit from Aircraft Spruce and Specialty Company of Corona, CA. 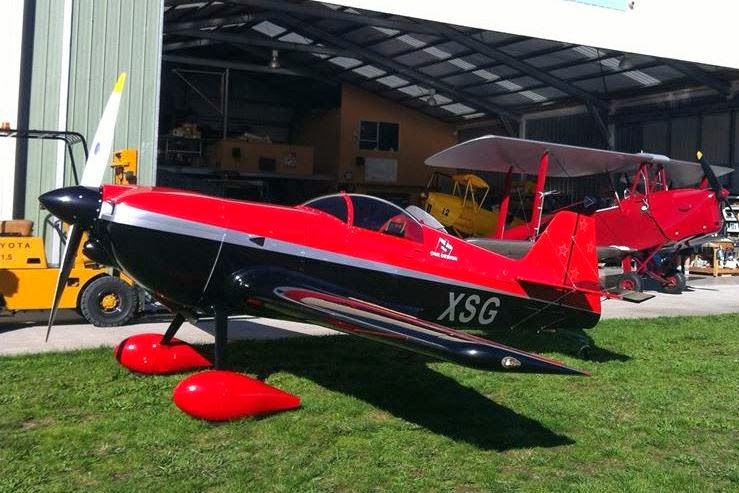 ZK-XSG (c/n 940141) was registered to the One Design Partnership of Blenhiem on 28/1/14.  Thanks to JEM Aviation of Omaka who supplied the photo.  It looks really smart.  I understand that it is currently undergoing its test flying schedule.

I hope that other One Designs will appear so that they can have a competition!