The composite construction Viking Dragonfly was another development of the original Rutan Quickie and it originally appeared with the main undercarriage wheels at the end of the canard wing, making it look very similar to the Q2.  It was designed by Bob Walters in the late 1970s and kits were sold by Viking Aircraft of Elkhorn, Wisconsin.  It won the Outstanding New Design award at the EAA Flyin at Oshkosh in 1980.  Three models were developed, being the Mk 1 with the main wheels at the end of the canard, the Mk 2 with a conventional tailwheel undercarriage and the Mk 3 which had a tri-gear undercarriage. 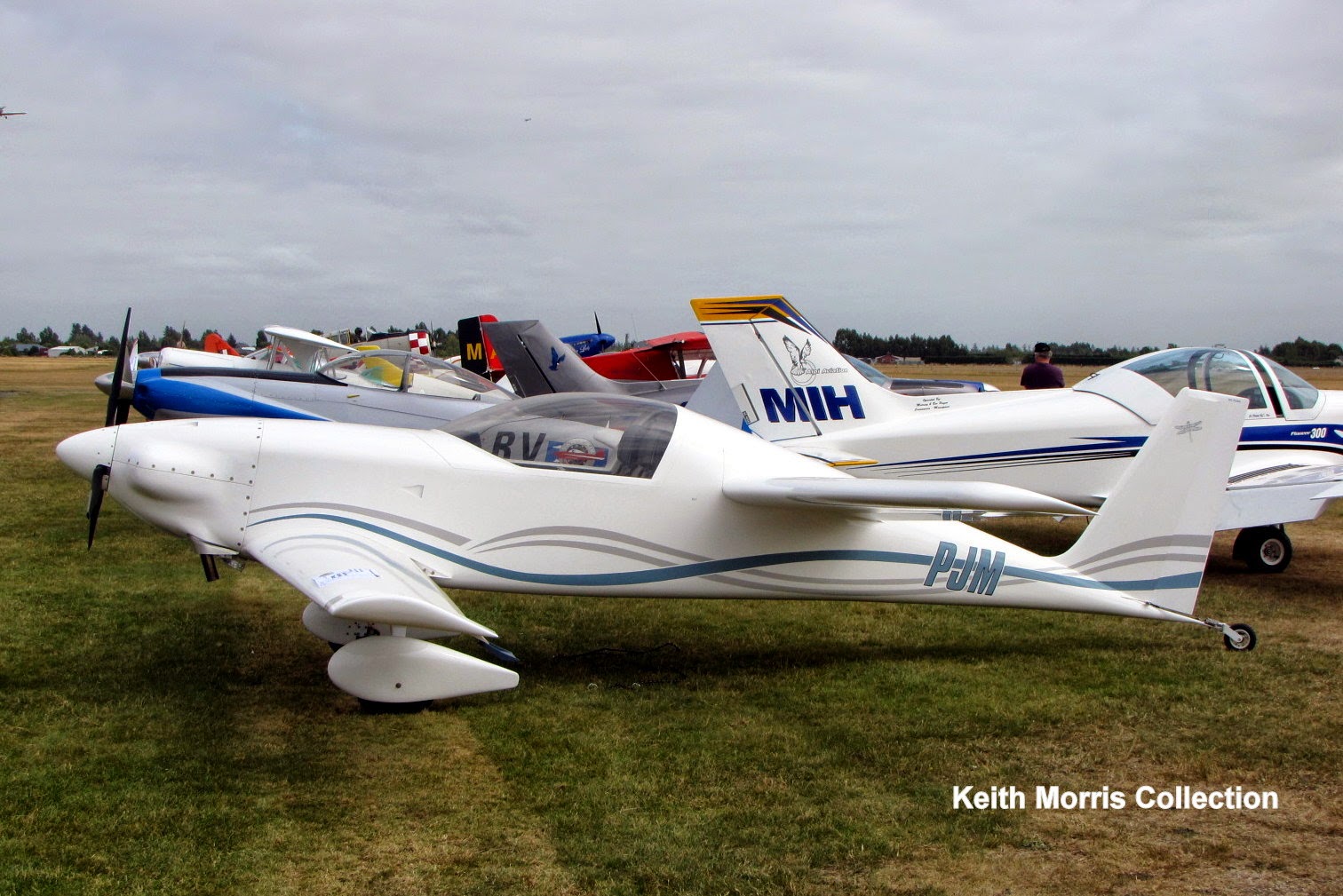 Our only Viking Dragonfly (but not our only Dragonfly) was ZK-PJM (c/n 1025) which was purchased as a kit by Pierre deBruin and Phil Mattar of Christchurch, and was first registred to them on 28/7/92.  However it languished for a long time and was not completed until 14 years later.  On 13/4/05 it was purchased by the Dragonfly Syndicate of Christchurch (Phil Mattar and Tim Hughes), and it was test flown at Christchurch by Murray Vincent on 22/4/06.  It was powered by a Subaru EA 81 conversion with a Warp Drive 3 bladed propellor.  As can be seen from the photo (taken at the 2009 SAANZ flyin at Ashburton), it was a Mk 2 version withe the conventional tailgear undercarriage.

It was withdrawn from use and cancelled on 27/3/14.  Can anyone advise why it was cancelled?