At the 2014 SAANZ flyin at Hastings in March, Wings Awards were handed out to those SAANZ builders whose aircraft had first flown during the previous year.

The Wings Awards for all of these aircraft were presented with a photo of the aircraft projected onto a screen, and all have been posted on this blog.

But there was one aircraft for which no photo was available, and I am now pleased to right that for Rodney Davis's Nesmith Cougar ZK-CNA.  Thanks to Rodney for the photos which were taken at its home base of Omaka. 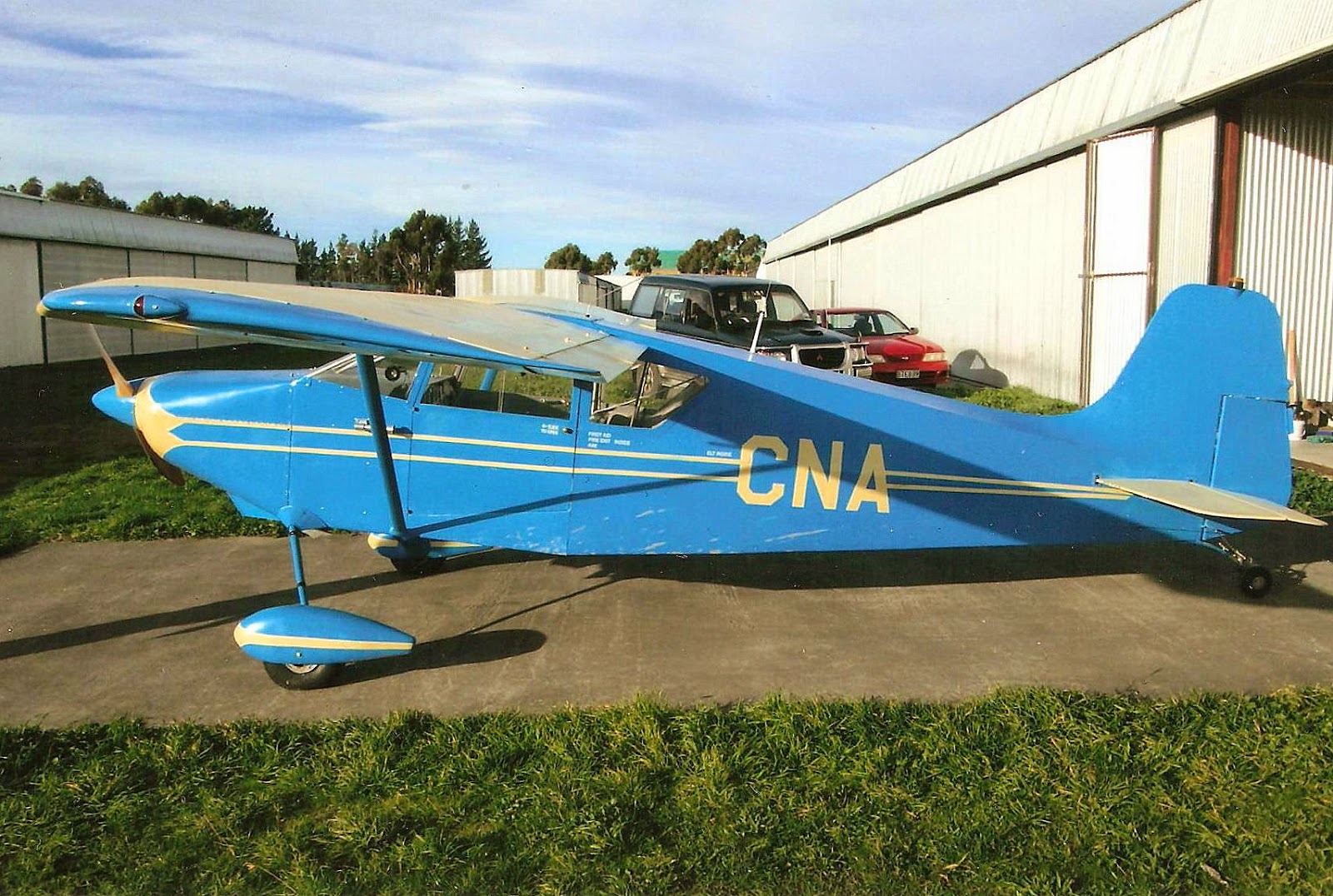 The Nesmith Cougar was developed by Robert Nesmith of Houston, Texas in 1957.  At that time Nesmith thought he could improve on Steve Wittman's earlier Wittman Tailwind, but in fact the two are so similar that they are very difficult to tell apart.  The Cougar was developed for a higher powered engine (the 118 HP O-235 instead of Wittman's original 85HP Tailwind)  Of course, builders have installed more powerful engines in both aircraft, and Tailwind ZK-RET currently has a 160HP O-320 engine).  The Cougar originally did not have flaps but some builders have added them.  The dimensions of the Cougar and the Tailwind are within inches of each other and they both use the same 83 square feet wing with the NACA 4309 airfoil.  Take your pick! 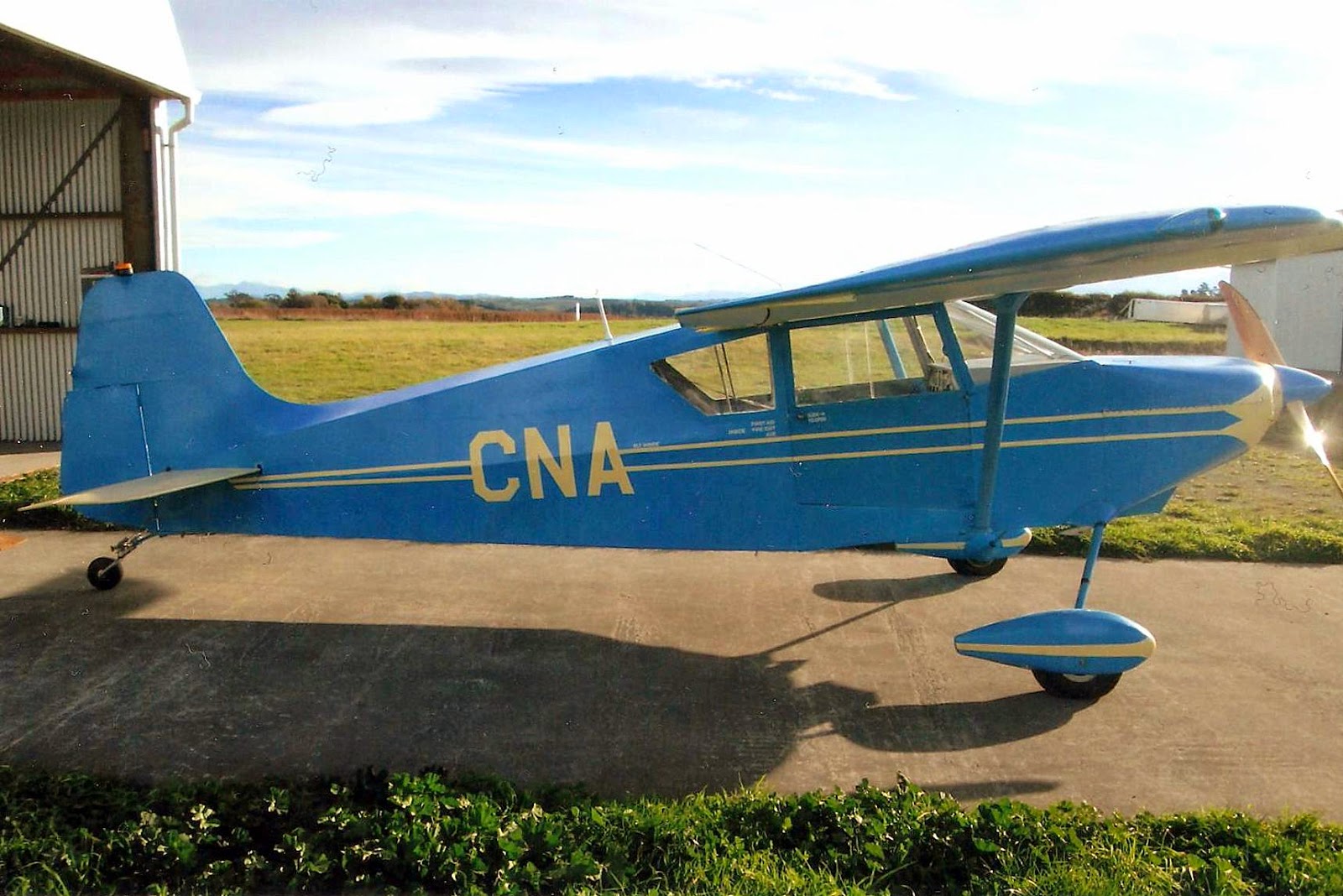 ZK-CNA (c/n RD 1) was first registered on 22/11/11 as a Class 2 microlight.  Interestingly, it was built in Blenheim where our only Wittman Tailwind ZK-RET was also constructed.  (The previous post on ZK-RET is at: www.nzcivair.blogspot.co.nz/2013/05/wittman-w8-tailwinds-of-new-zealand.html ).  The registration ZK-CNA refers back to the first ZK-CNA which was a Piper Pawnee that Rodney Davis flew as an ag pilot for Aerial Work (Marlborough) in the 1970s.  It has an O-235 engine and was built over a period of around 20 years, with its first flight carried out by Jerry Chisum on 24 July 2013.  Rodney Davis also previously built Thorp T 18 ZK-ROD.