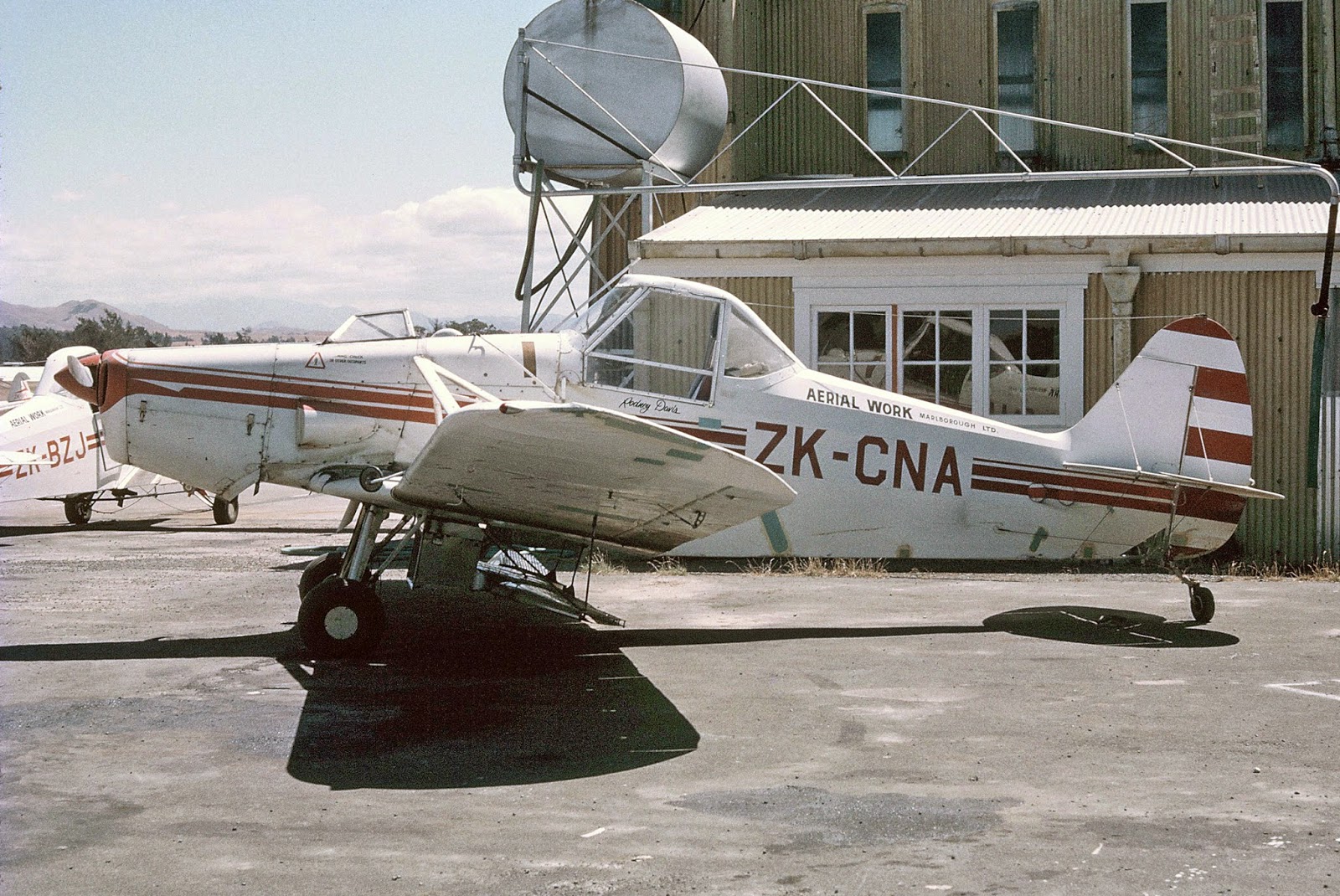 In my previous post on retired ag pilot Rodney Davis's Nesmith Cougar ZK-CNA, I referred to his earlier mount which was the first ZK-CNA, so I thought I would detail some of its history.

Its registration was cancelled on 21/4/75 and it was sold abroad along with two other Pawnees ZK- CEN and ZK-CID, to Ian Dunn of Dunns Aviation at Booragoon, Western Australia.  ZK-CNA became VH-CPU on 30/6/75 (and ZK-CEN became VH-CPV, and ZK-CID became VH-CPT).  VH-CPU is still current in Australia as a glider tug with Southern Cross Gliding Club of Camden, New South Wales.  Thanks to Blue Bus for the information.
Posted by Sir Minty at 22:11