Below we have another memory stirring photograph as sent to me by Tony Harsant. 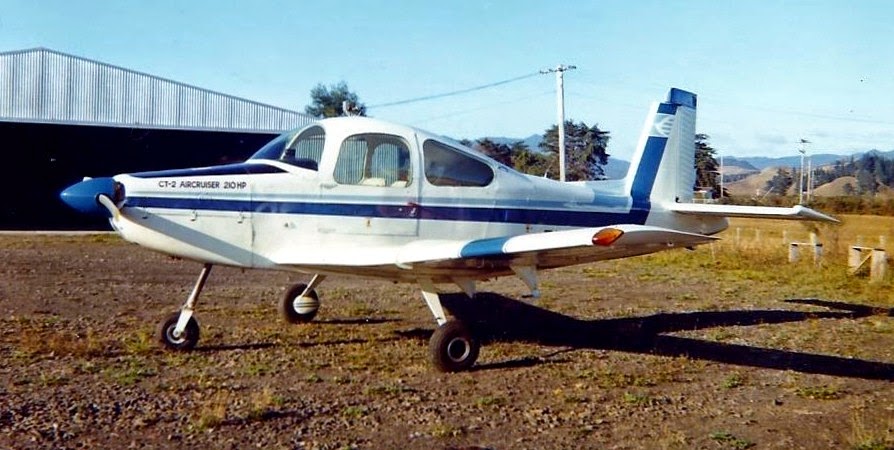 It depicts the Victa CT-2 Aircruiser 210 ZK-DAH.
An earlier post on ZK-DAH is at :-
http://nzcivair.blogspot.co.nz/2010/06/victa-aircruiser-210-cs.html
But most of it has been incorporated into this posting.


Following the success of the earlier Airtourer 100 and 115's Henry Millicer designed a four-seat version of the design which he called the 210CS Aircruiser.
The prototype was registered as VH-MVR (c/n 07-01) and first flew on 17th July 1966.
The photo below shows VH-MVR at Parafield in September of 1966 and comes from John Hopton via the Ed Coates collection. 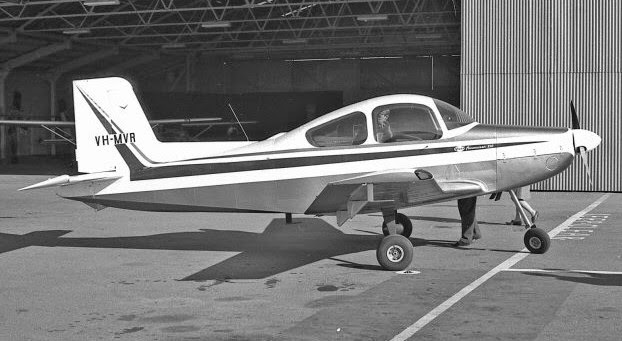 Like the Airtourer it was a low-wing monoplane but powered by a 210hp Continental IO-360H piston engine.
Rather than having a sliding canopy like the Airtourer the four-seat Aircruiser had a fixed cabin roof with side door entry.
The photo below is from the Bob Neate collection and
depicts the Aircruiser at Bankstown during its initial testing phase.

However before production could commence, Victa's Aviation Division was shut down on the 20th of January 1967 cited as being unprofitable following the Australian Government's refusal to grant Victa (and the other Australian aircraft manufacturers Transavia and Yeoman Aviation) tariff protection against American Piper and Cessna low priced imports.
By this time the Aircruiser prototype VH-MVR had completed 200 hours of test flying and a Type Certificate had been granted in March 1967. 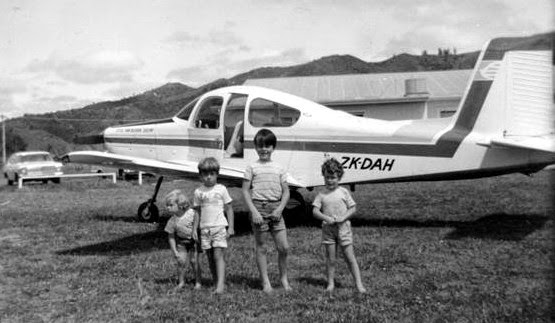 Above is a Wayne Rudd photo from 1972.
It was hired to the Mercury Bay Aero Club from about November of 1972, and this ties in with Wayne's memories - above. That's Wayne on the right.

Above as seen at Whitianga in March 1973 by Tony Harsant.
Aero Engine Services Limited (AESL) changed its name to New Zealand Aerospace Industries Ltd (NZAI) and ZK-DAH was re-registered to them on 28-04-1975. 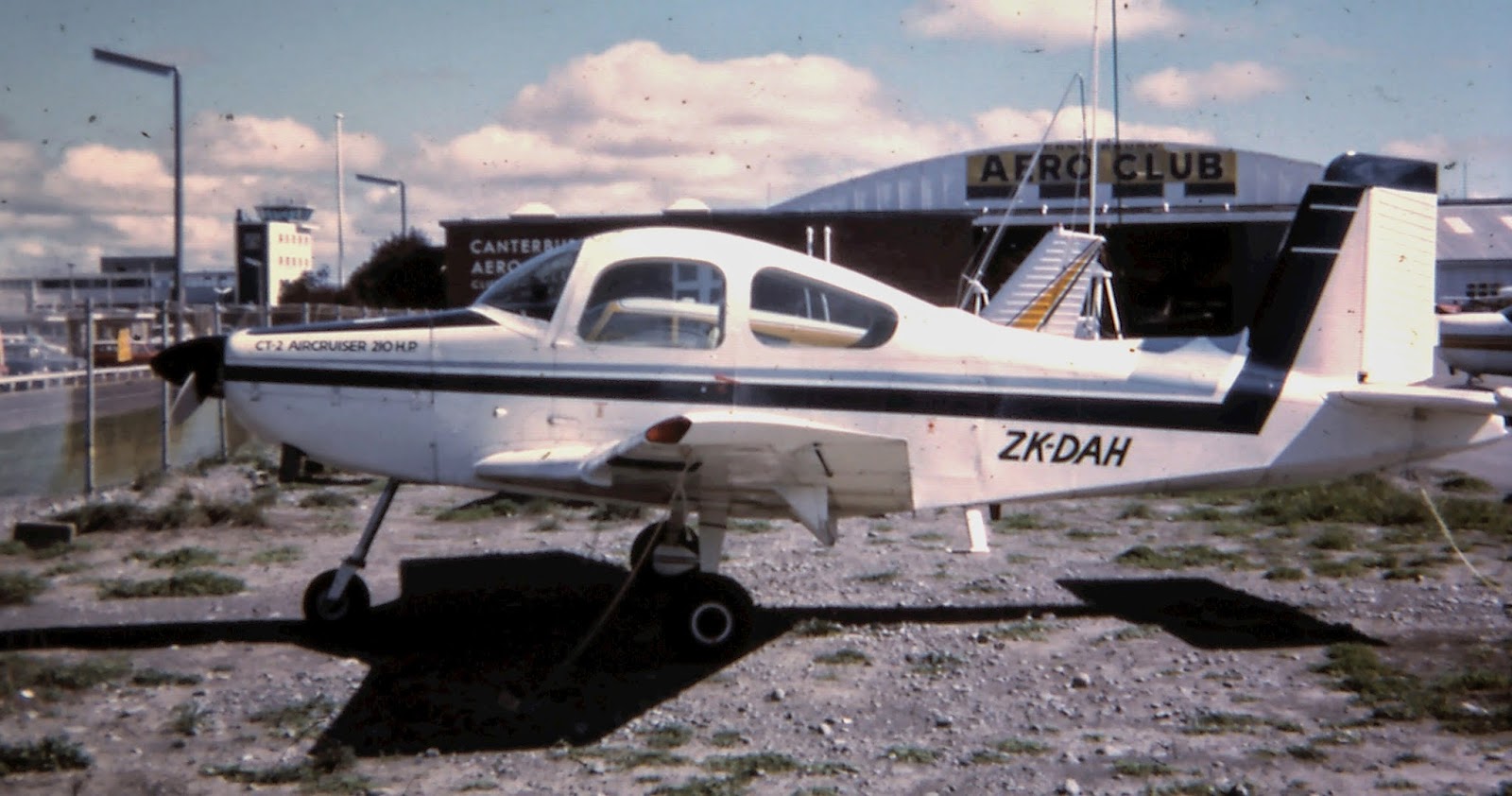 Above. Parked at the tie downs near the old Canterbury Aero Club facilities during April 1975.
Pic from the CMM collection.
Below as seen at Hamilton in September 1976.

It was used by the Aerospace Flying Club until being sold back to Australia. 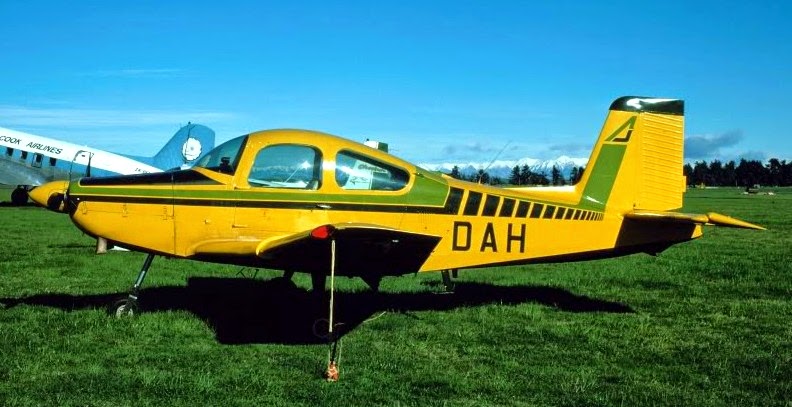 Australian aircraft manufacturer Brumby Aircraft has bought the type certificate for the Victa Aircruiser 210 and will put the four-seater back into production.

The Victa Aircruiser was first certified in March 1967, but was never put into production after Victa withdrew from aircraft manufacture after the federal government refused to protect the local industry with import tariffs.

A prototype Aircruiser is still flying in Australia as VH-MVR, based in Bega.
The first Aircruiser flight was in September 1966, and the plan was to offer the aircraft with either 180 or 210 HP Lycoming motors.
Brumby Aircraft has confirmed their Aircruisers will be built with an option of 180 HP and 300 HP engines.
*********************


Henry K. Millicer, born Henryk Kazimierz Milicer was a Polish- Australian aircraft designer and pilot.
He was born in Warsaw, Poland, the son of a university professor whose family was descended from Baron Karol von Militzer.
An ardent Polish patriot, Henry developed an early interest in aviation.
In 1924 he won an aero modelling competition with the prize being a flight over Warsaw, his home city.
At age 14 he built a full-size glider and at 17 qualified as a glider pilot.
After receiving a degree in aeronautical engineering he worked as a junior designer in the National Aviation Works (Państwowe Zakłady Lotnicze) on the PZL.37 Łoś bomber project headed by Jerzy Dąbrowski and later for the RWD Company on the RWD-25 low-wing, fixed-wheels fighter project. He was also a member of the Polish Air Force reserve and flew against the Germans at the outbreak of World War II, winning the Polish Air Force Cross.
At the defeat of Poland in September 1939, he was given the responsibility of ferrying the presidential papers in a small plane to Romania, then escaped to France and England where he flew in a Polish bomber squadron in the RAF.
He completed seventeen missions before being seriously wounded in a training exercise. He was awarded the Military Medal for his service and became an interpreter between Polish, French and British pilots.
Post-war he obtained a Masters degree in aeronautical engineering at Imperial College, London, joining Airspeed and later Percival aircraft.
The Percival Provost design is attributed to Millicer.
Posted by Dave Paull at 15:25