Three relatively recent additions to the working helicopters in the Hawkes Bay were rounded up at the end of last week. 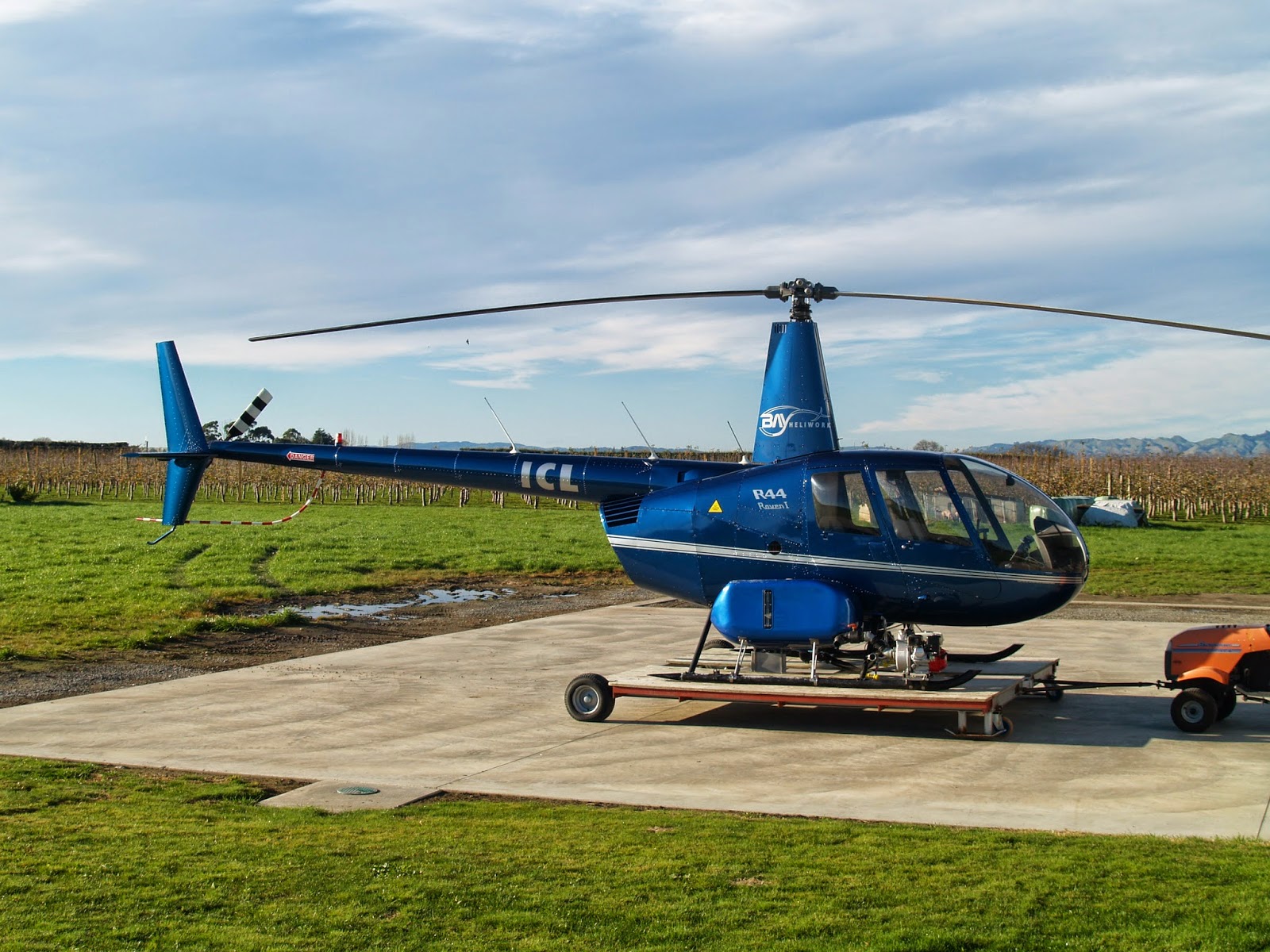 Bay Heliwork operate two Robinson R44's, ZK- HLZ and ZK-ICL, the latter delivered to Hastings in October last year. It is a 2002 model, c/n 1249, and flew from new in Australia as VH-VIC with multiple operators before importation by Rotor & Wing Maitenance. The other Raven is based at Waipukurau. 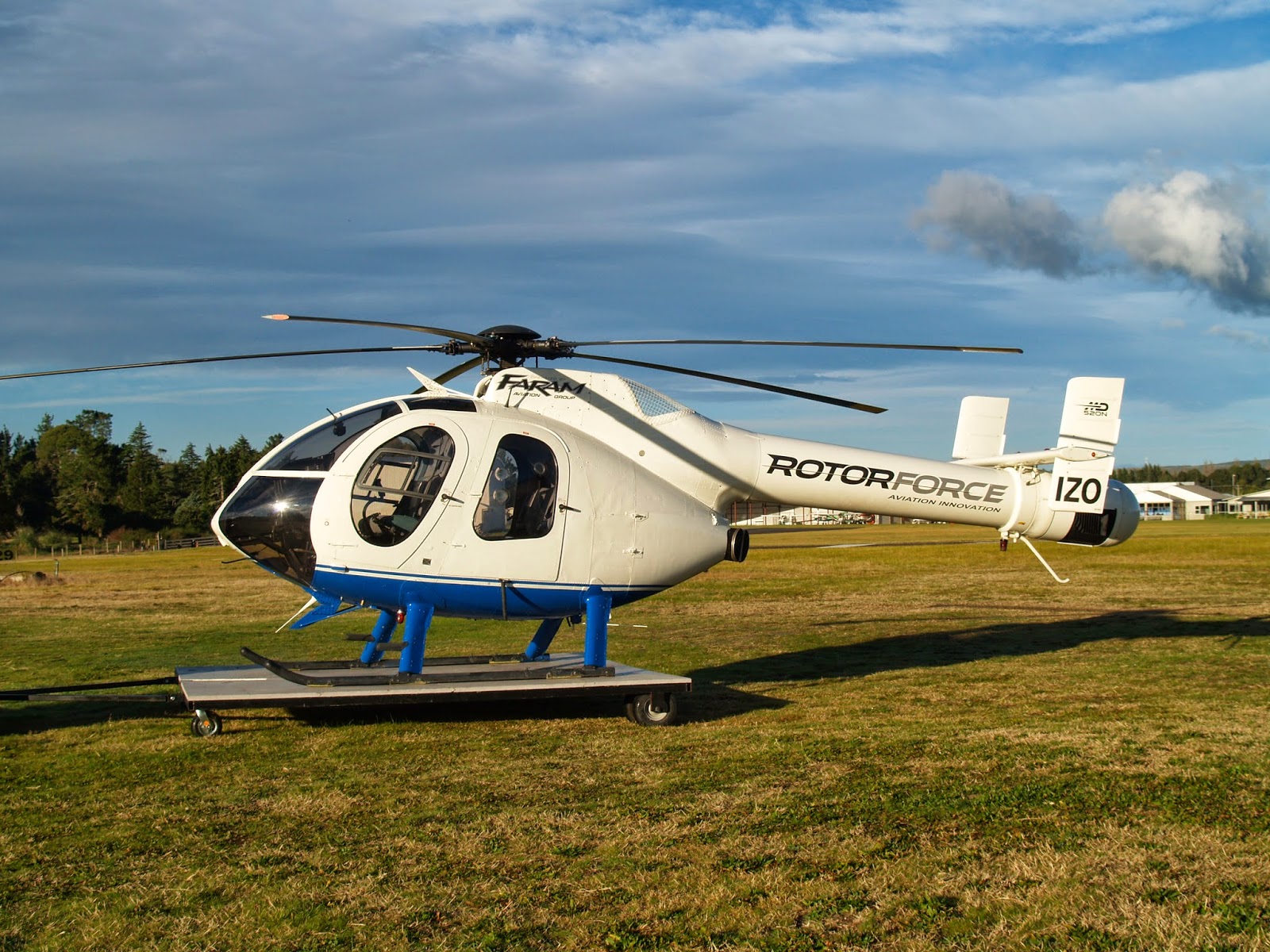 Meanwhile, Joe Faram has imported another MD500N in the shape of ZK-IZO c/n LN076. This machine was built in 1995 as N52319 and exported to Germany as D-HVST the same year. After one careful owner, and less than a 1000 hours, it arrived here in March and is now hard at work out of Bridge Pa. The short skids are noteworthy. 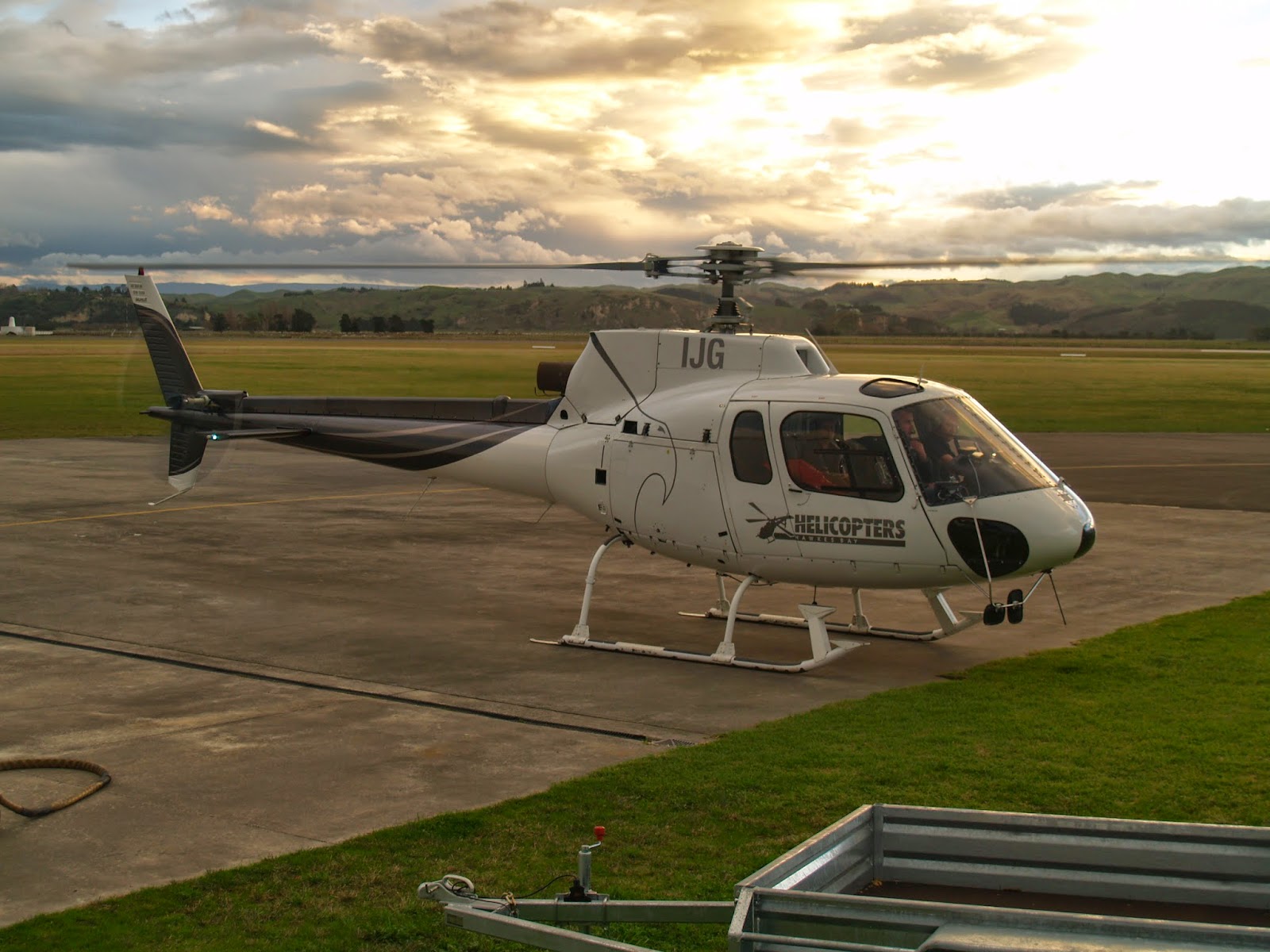 The third machine, AS 350BA ZK-IJG, c/n 1558, has quite a long on and off history here. It first appeared as ZK-HBU in October 1988 with Helicopters (NZ) Ltd in Nelson. In May 2001, it was exported to Australia, where it became VH-WCJ, operated by Helicopters (NZ)'s West Australian branch. It reappeared in New Zealand in November 2009, this time as ZK-HUQ, again with Helicopters (NZ) Ltd, but only stayed some 18 months before again being exported to Australia, this time to become VH-INW. Imported yet again in March this year, it has now become ZK-IJG, and is operated by Helicopters Hawkes Bay 2006 Ltd from their Onga Onga base. 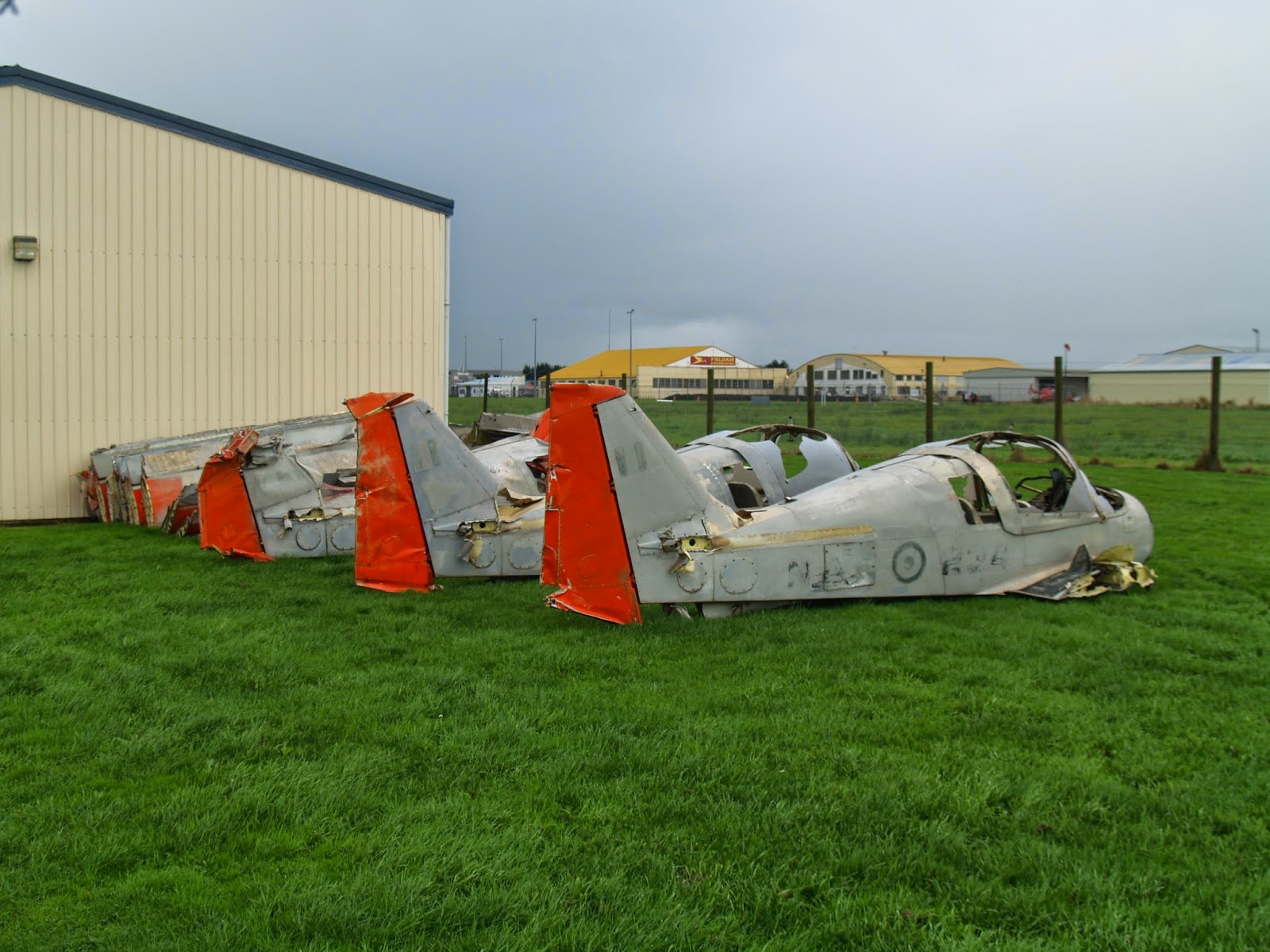 And finally, a pack of dogs - or to be more precise, the remains of the Nigerian Air Force's Scottish Aviation Bulldog trainer fleet! Noted just after the passing of a storm front at Palmerston North on Friday were these fuselages and wings - five of the former and at least 22 sets of wings. It seems likely that more fuselages will appear, as '239' was noted on a trailer shortly afterwards heading towards the compound.
Posted by greybeard at 21:18