East Canterbury Aviation was set up in the late 1980's by Russell Brodie and Pete James (who was chief engineer at The Helicopter Line at Timaru at the time).  They had both been involved in the early microlights as well as GA.  They had been following articles in US flying magazines (no internet back then!) about the RANS company which had been building small planes in Kansas.  Then when the aerobatic S 10 was introduced in the US, as well as the S 7 as a bush plane, and the NZ CAA introduced new higher microlight weights, Russell and Pete saw a lot of potential for RANS aircraft in New Zealand.  So they contacted RANS designer Randy Schittler and he said all they needed to do to secure the RANS dealership was to buy three of their aircraft!  Russell and Pete then put in a couple of hundred dollars each for advertising and talked to everyone they knew, and this resulted in their first three aircraft sales - S 6 ZK-FZV, S 9 ZK-KOS and S 12 ZK-OBM, which arrived in 1991.  And the rest is New Zealand Aviation history.

East Canterbury Aviation has since bought more than 100 RANS aircraft into New Zealand and is one of the oldest RANS dealerships in the world.  They have also built aircraft for customers as well as assisting with most of the other RANS aircraft that have been built here. 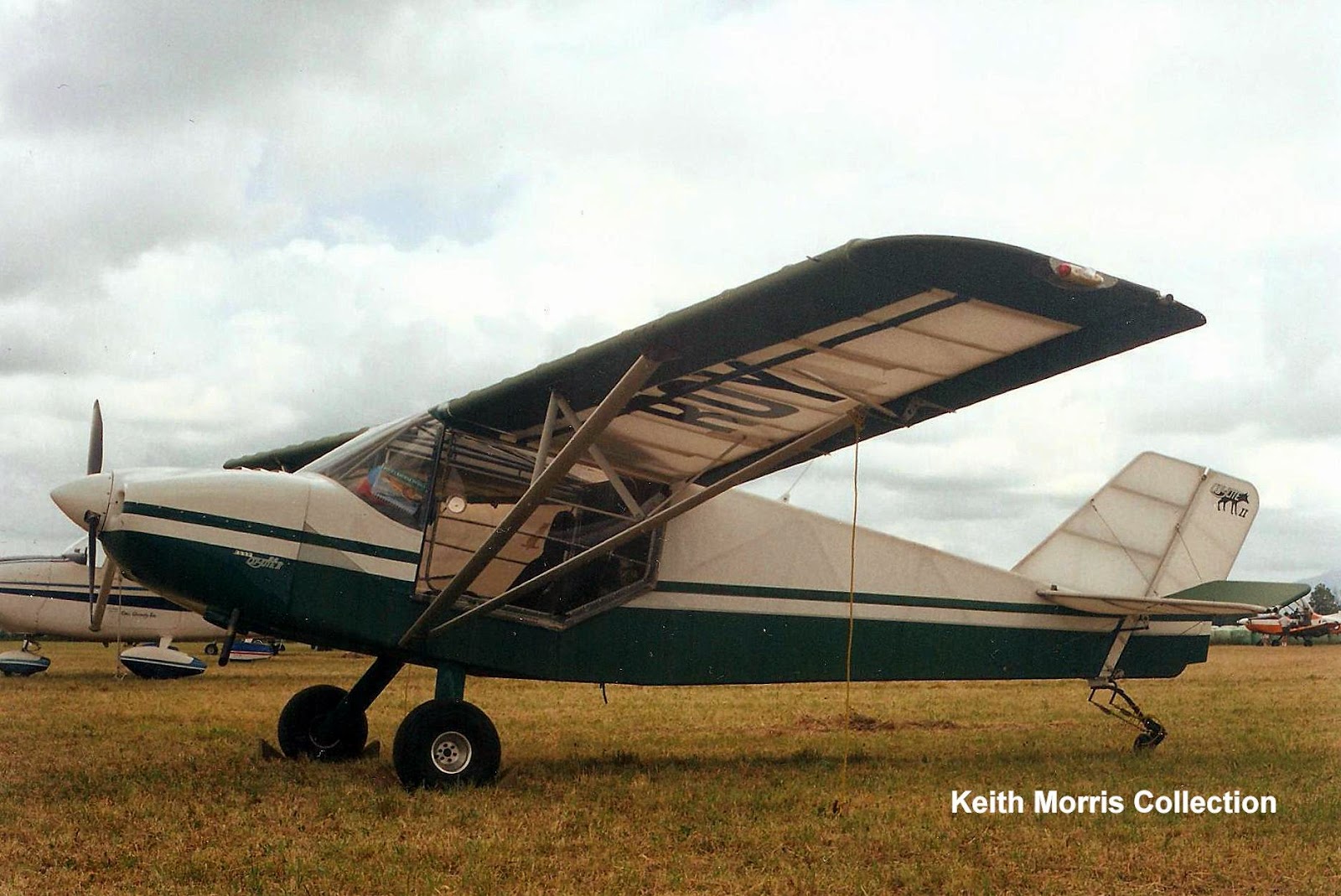 S 6ES ZK-ROY was the first S 6 that East Canterbury Aviation built for a customer - Peter Roy of Queenstown.  It was registered on 20/3/96.  It travelled around the country as evidenced by the above photo which was taken at the 2000 SAANZ flyin at Matamata.  It was sold to the R.O.Y Syndicate of Nelson (c/- KH Allport) on 8/1/99 and it is still current with them.  It has had seeral incidents over the tears - undercarriage collapses at Nelson on 27/8/06 and 21/7/07, and an engine failure on take off from Lake Station on 29/6/13. 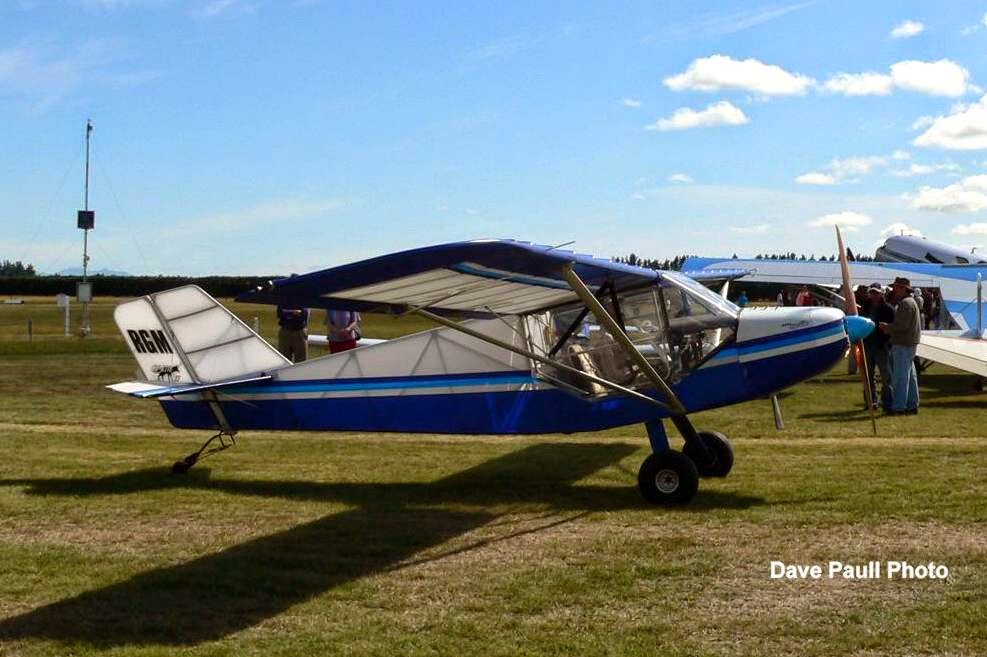 S 6ES ZK-RGM was also first registered on 20/3/96.  It was built by Richie Goulter of Temuka and it is still current with him.  The above photo was taken at the 2007 SAANZ flyin at Ashburton. 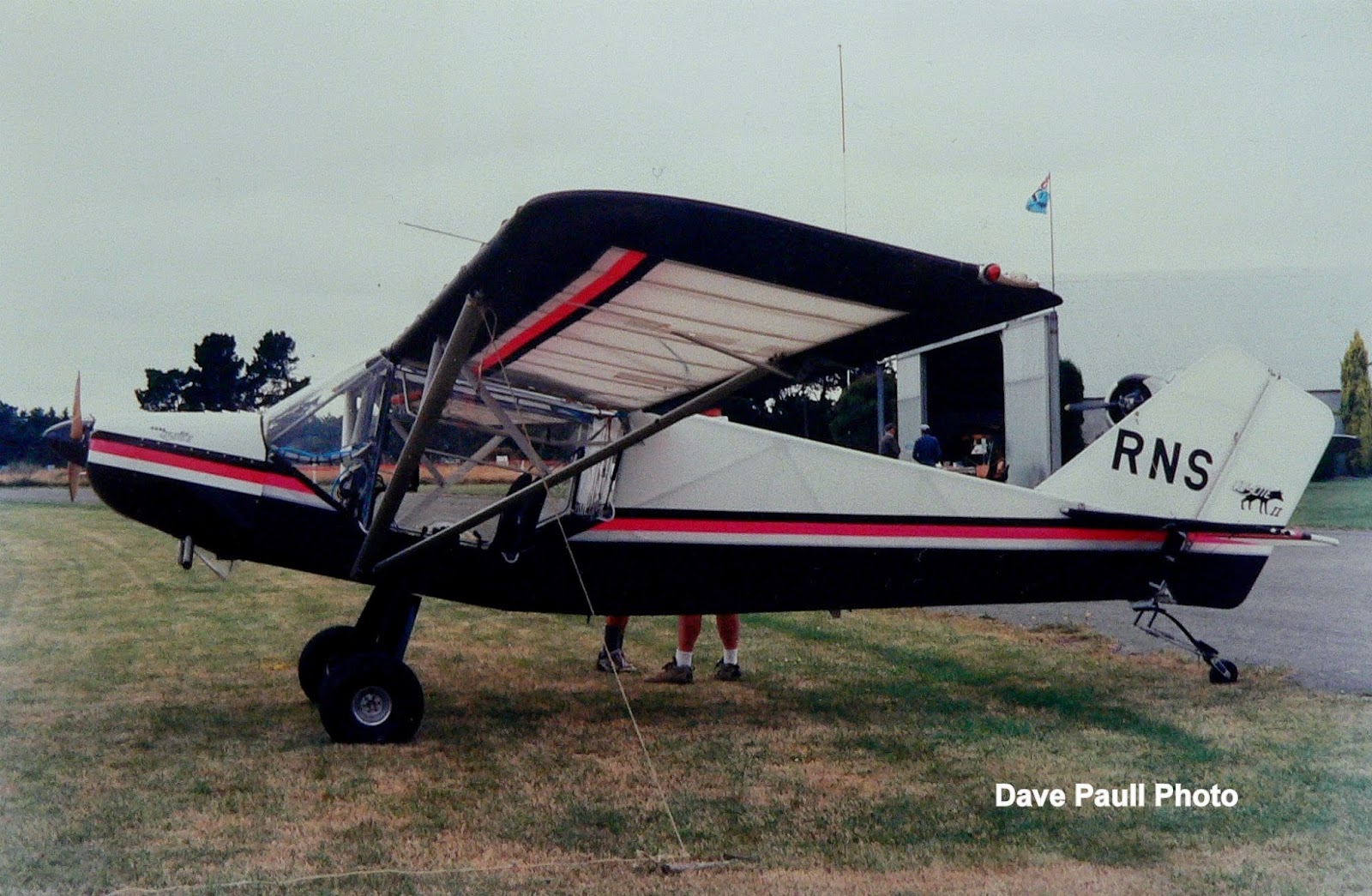 S 6ES ZK-RNS was built by Robert Sinclair of Geraldine and was first registered on 4/12/96.  The above photo was taken at ashburton very on in its life, on 7/2/97.  Ownership transferred to the ZK-RNS Syndicate (G Caldicott) of Auckland on 1/4/01 and to JS Victor and BM Carroll of Auckland on 22/10/04. 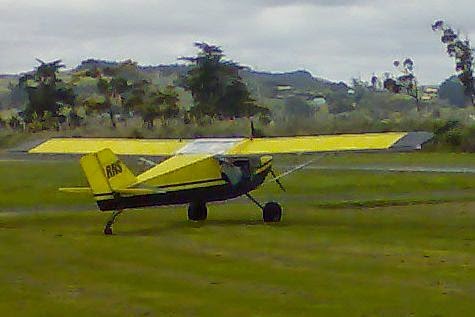 It is photo'd above at Parakai, where it was based while it was in Auckland, and it can be seen that it had by then been recovered with new different coloured dacron envelopes.  This could happen with S 6ES models where the dacron only had around 5 years of life in bright UV light conditions.  It was then sold back to the South island on 12/7/12, to Drumblade Farm Ltd ( L and B Bagrie) of Ashburton. 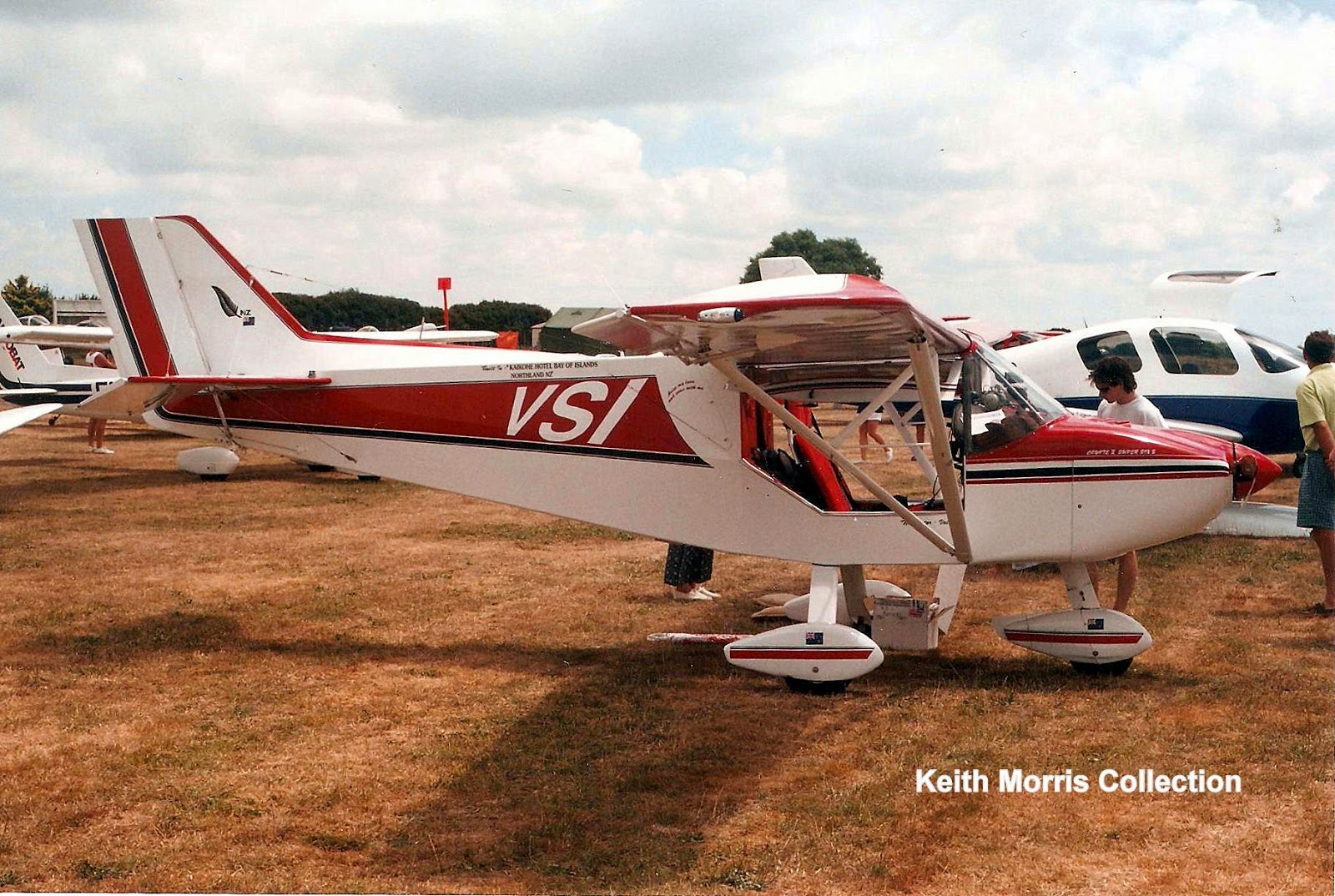 S 6S tri-gear model ZK-VSI was built by John Black of Kaikohe and was registered to JW and AL Black on 25/2/97.  It carries the note "Built in Kaikohe Hotel, Bay of Islands, New Zealand" on the fuselage.  It is photo'd above at the 1998 SAANZ flyin at Matamata. It was sold to the Skinner and KR Rolfe Syndicate of Blenheim on 16/5/98 then to KR Rolfe on 2/7/98.  Most recently it was sold on 21/7/01 to the Hokitika Aero Club.  It was leased to the Canterbury Recreational Aircraft Club at Rangiora on and off between 2002 and 2004. 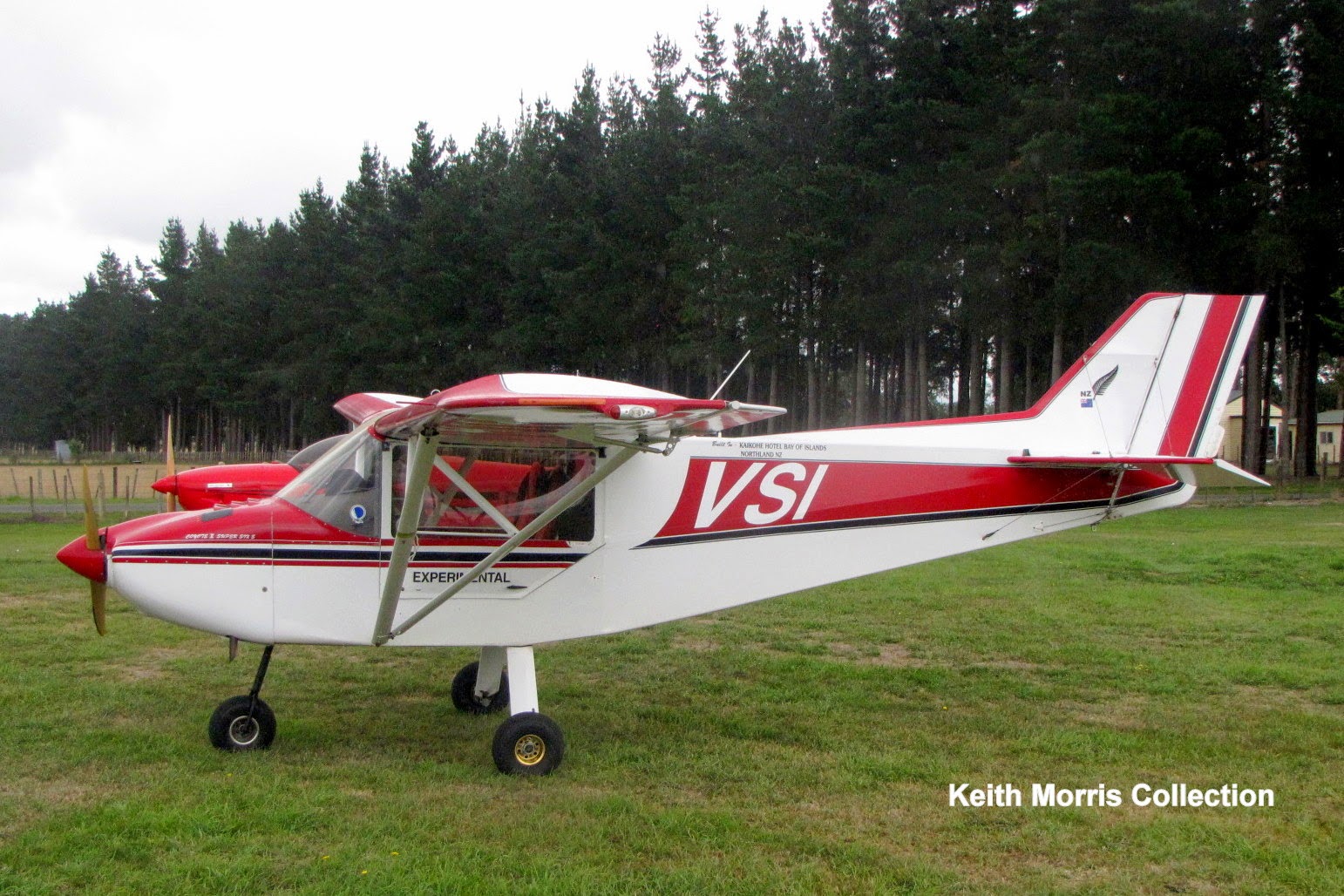 And here it is photo'd at the 2010 RAANZ flyin at Masterton.  It can be seen that the aircraft fabric covered S 6Ss do not change much over the years as their covering is more durable.  It was damaged at Nelson on 25/3/11 but was repaired and is still current. 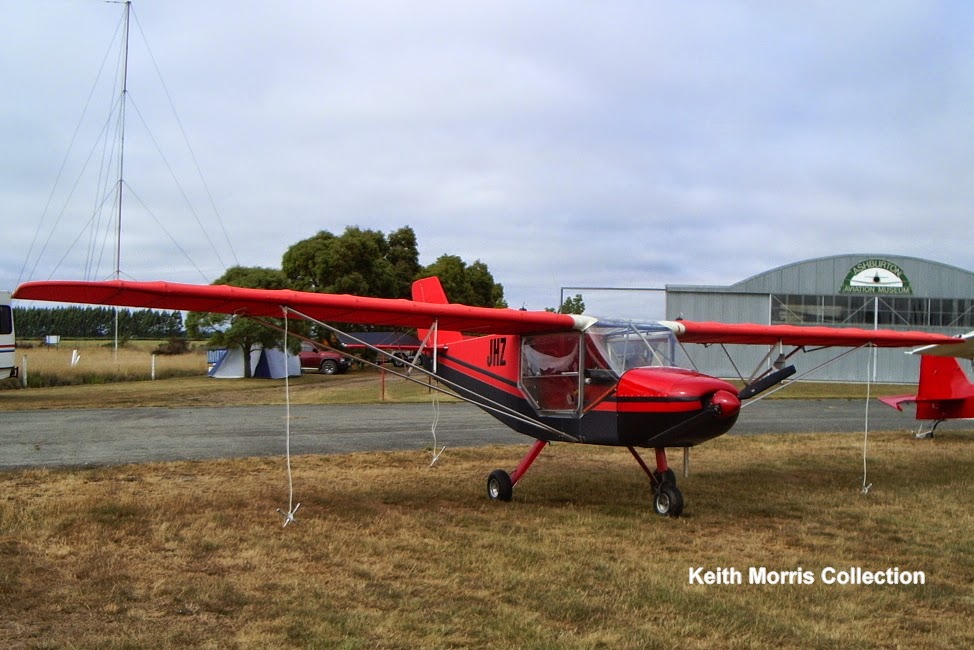 ZK-JHZ, a S 6ES tri-gear model, was registered to Anne Brodie of Geraldine (Rangitata Island) on 7/5/97.  It is photo'd above at the 2005 SAANZ flyin at Ashburton. 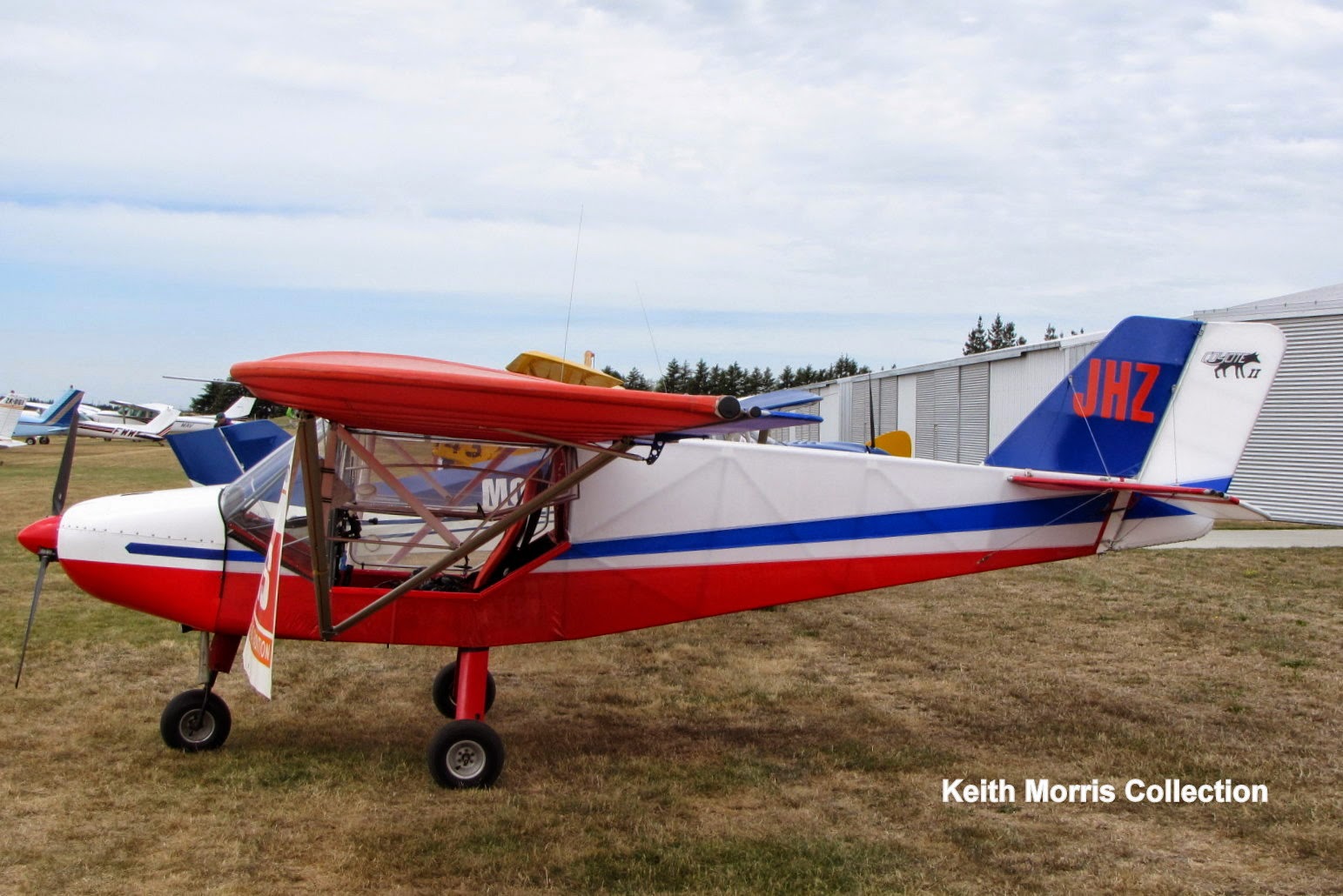 It was sold to East Canterbury Aviation Ltd on 1/7/11 where it has been used in the training role, building up around 3,600 hours to date which makes it the highest time S 6 in the world!  The above photo was taken at the 2009 SAANZ flyin at Ashburton. 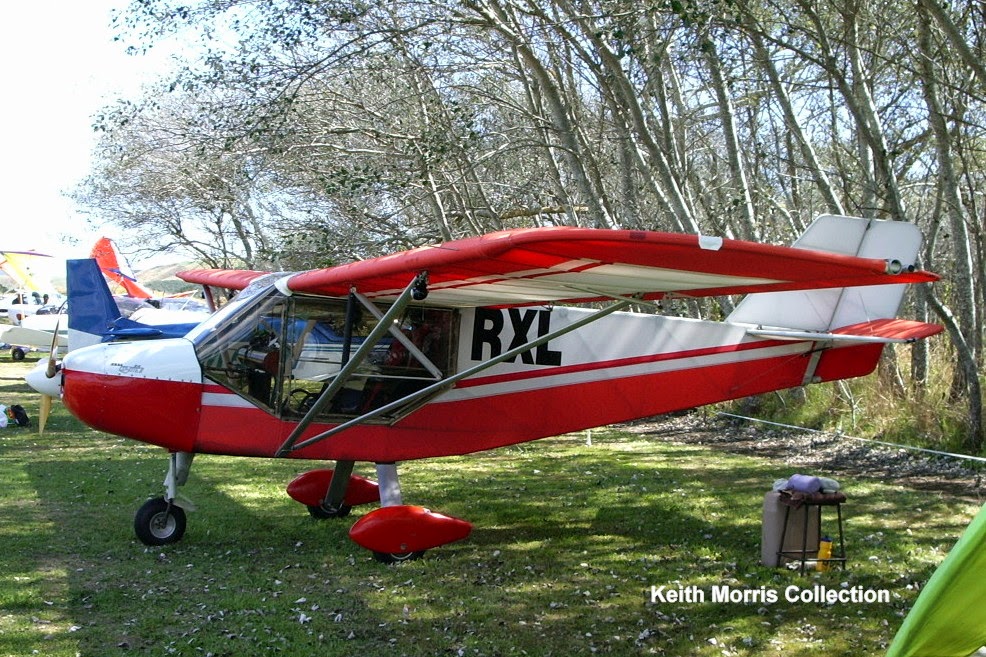 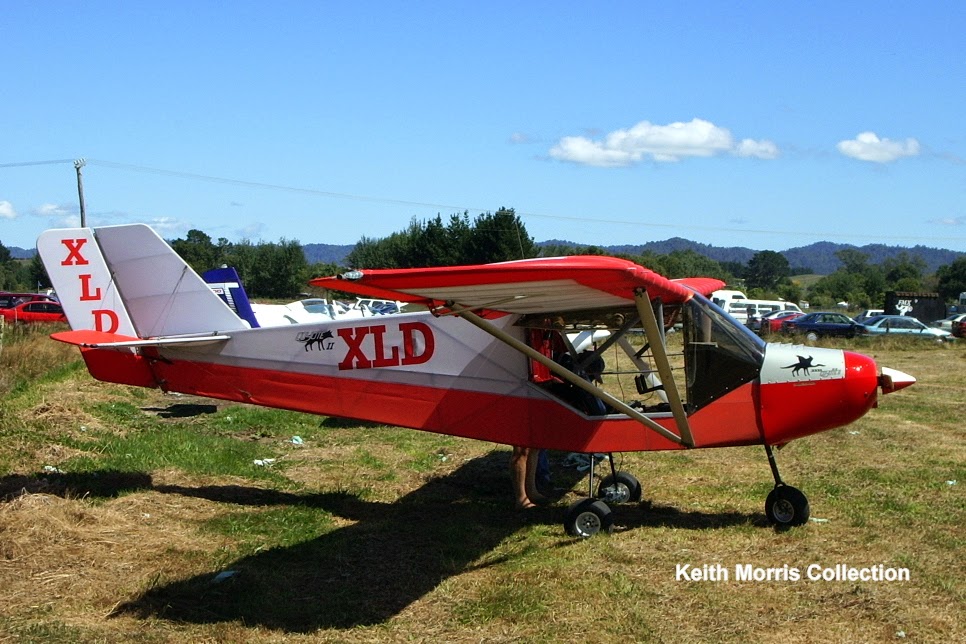 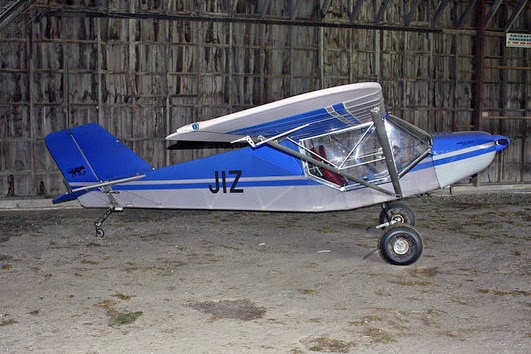 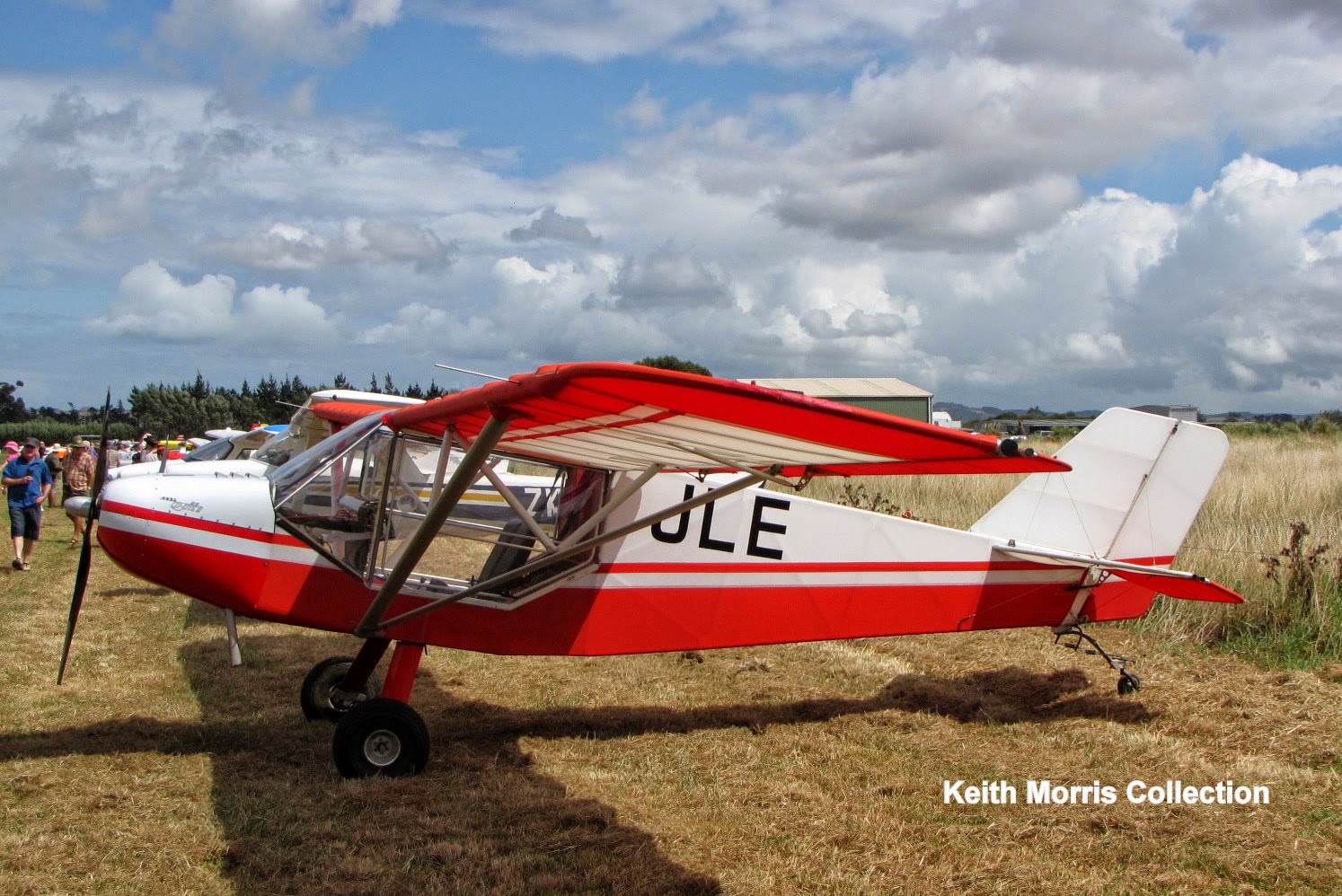 The next S 6ES to be registered was ZK-JLE which was built by Sefton Crandall of Tuatapere and was first registered on 17/11/99.  It was sold to DM (Sandy) Eglinton of Kaukapakapa on 30/4/04,in whose ownership it is photo'd above at a flyin at Parakai on 27/2/10.  It was sold back to the South Island, to DJ Scobie of Wyndham on 1/8/12. 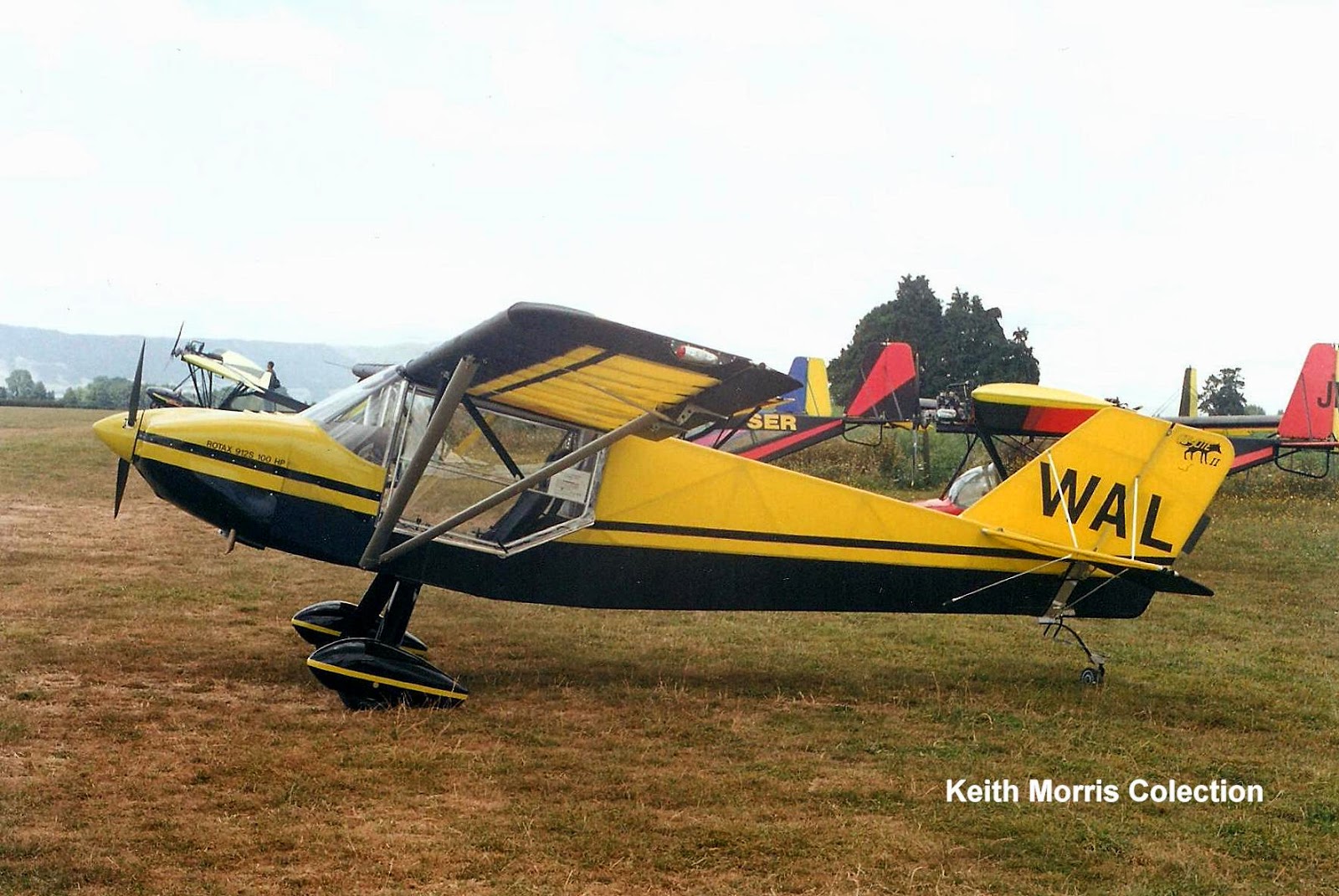 Yet another S 6ES, ZK-WAL was another Bryan Knights built machine that was first registered on 23/11/99.  It is photo'd above at the 2000 SAANZ flyin at Matamata.  It was sold to LS and MJ Nicol of Whakatane on 4/5/00 and ownership transferred to the Seaview Trust, also of Whakatane, on 10/2/03. 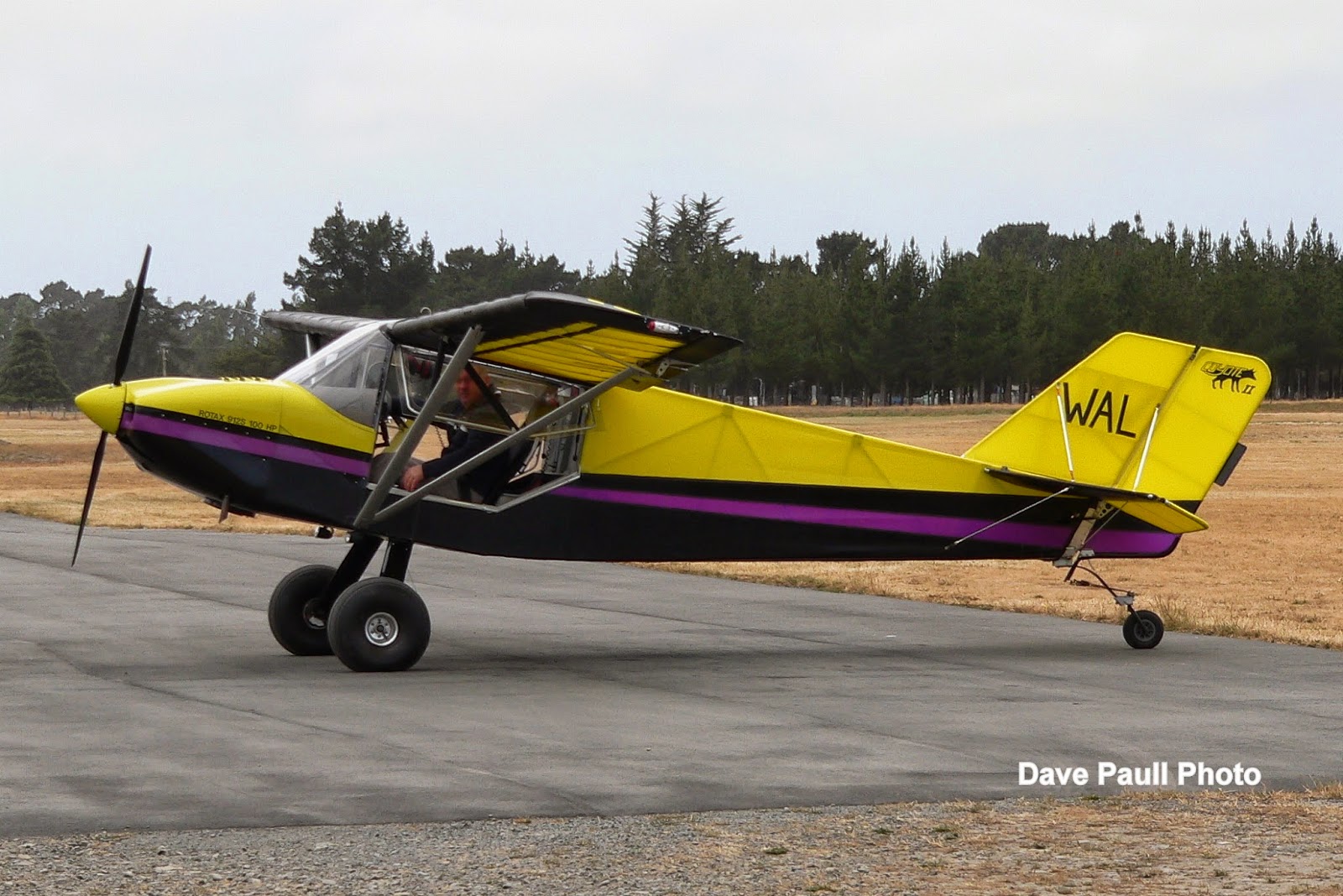 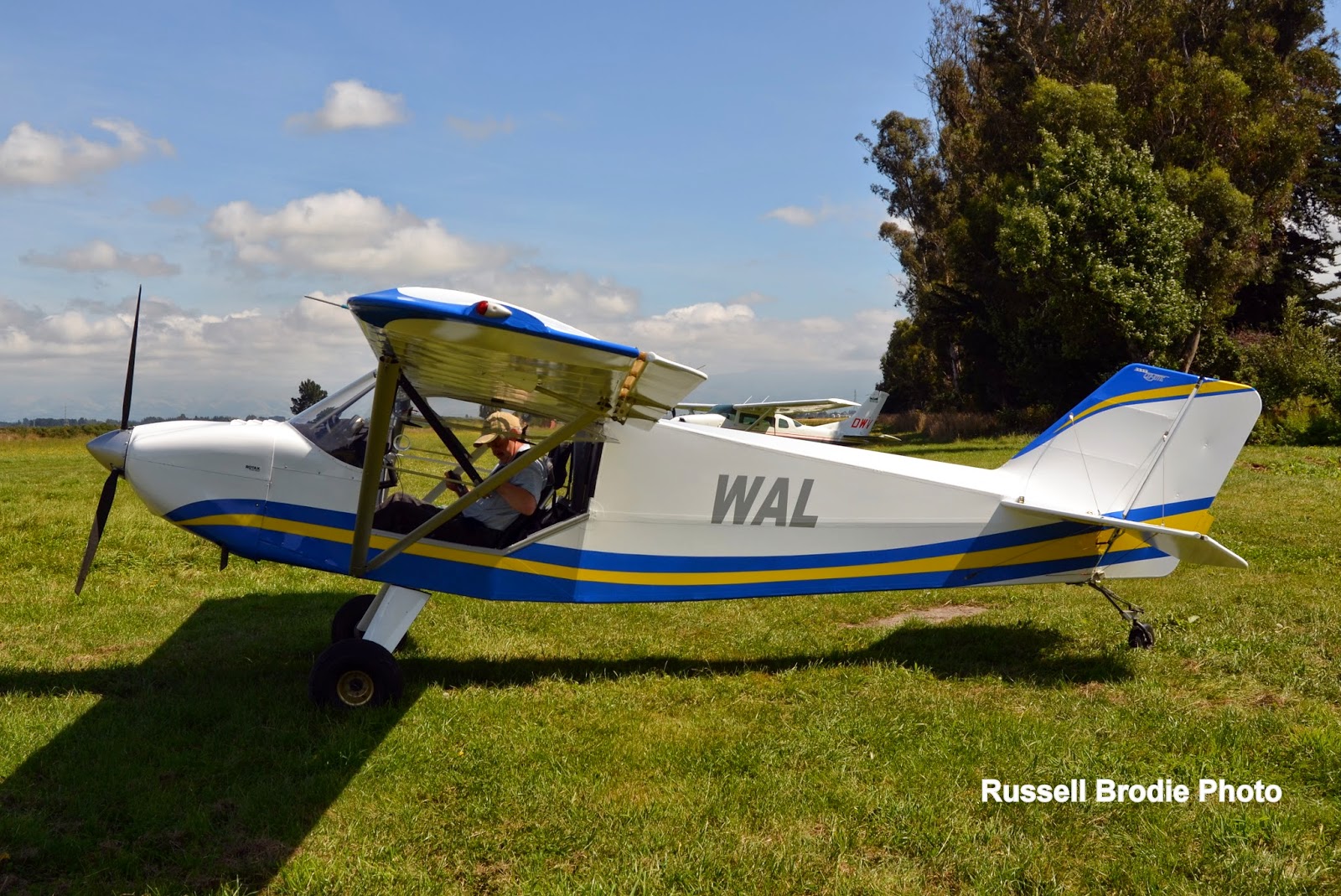 And finally to the Otago Aero Club on 10/12/11.  They refurbished the aircraft with an aircraft fabric covering and a fuselage spine as in the S 6S.  But it still has the rounded rudder of a S 6ES.  The above photo was taken by Russell Brodie at Rangitata Island on 17/2/12. 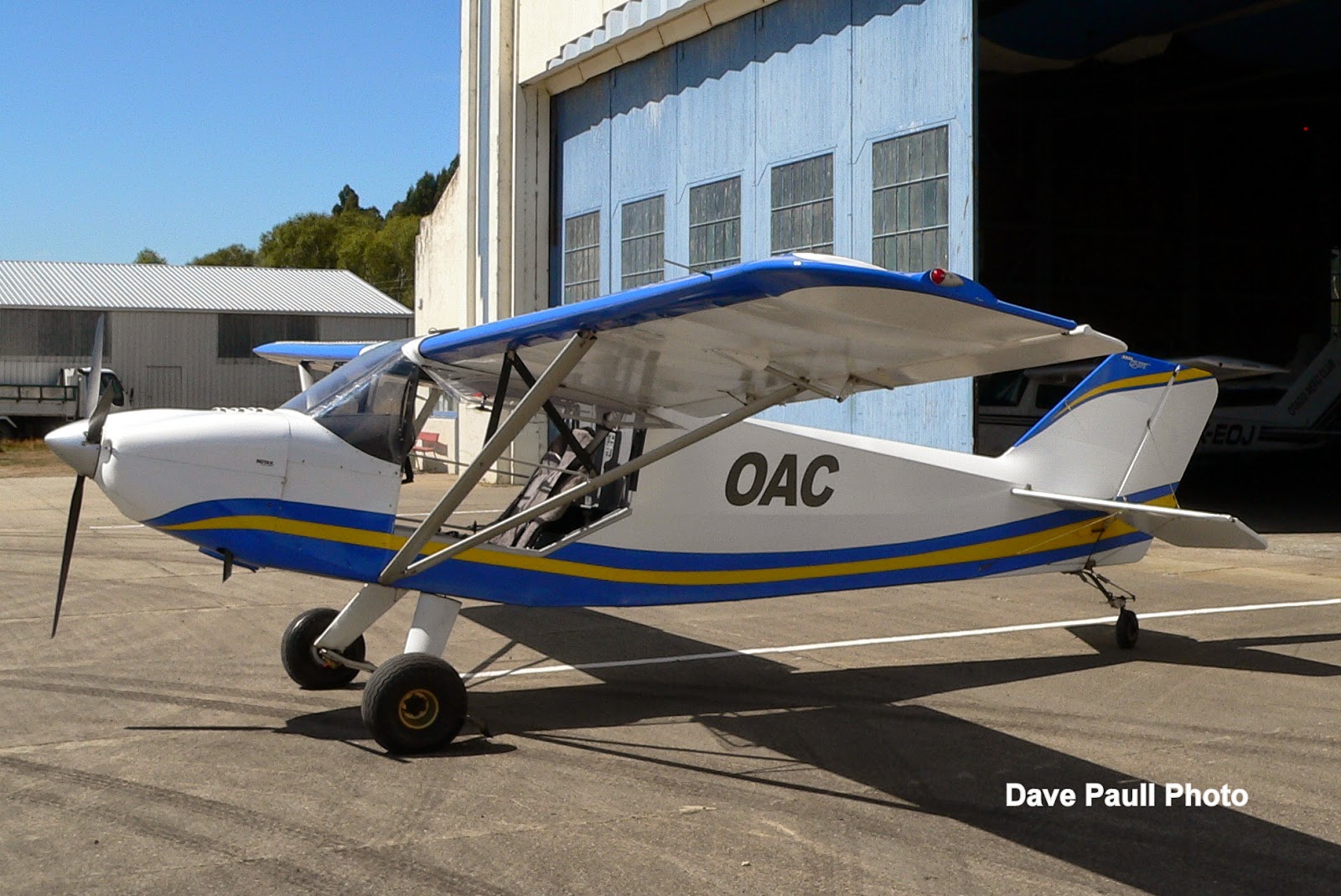 This is an aircraft with a lot of history!  The Otago Aero Club wanted the obvious registration for their aircraft but ZK-OAC was already taken by a RANS S 7.  However, according to the rules, the registrations couldn't just be swapped so ZK-WAL became ZK-JNA on 20/4/12 for 14 days.  I do not think it ever flew as ZK-JNA but perhaps someone can confirm that.