The next type of 2 seater homebuilt aircraft to be registered in New Zealand was the Thorp T 18.  The Thorp T 18 was designed in 1963 by John Thorp, who was a professional aircraft engineer of Burbank, California.  He was a prolific designer who counted among his designs the Fletcher FU 24 and the original Piper Cherokee.  Don Taylor's US registered T 18 was the first homebuilt aircraft to circumnavigate the world in 1976.  The T 18 was the most popular metal 2 seat homebuilt design in the 1970's and early 1980's, until the Vans series of aircraft came along.

The Thorp T 18 was designed for easy homebuilding construction and was built from 12 sheets of Aluminium of various thicknesses.  It was originally designed around the cheap and freely available Continental O-290G ground power unit, that could easily be converted to aircraft use, producing 125 HP.  The prototype had exposed cylinder heads and an open cockpit, but it flew so well that it was quickly upgraded to a full cowling and a bubble canopy, with more powerful engines.

The T 18 has evolved over the years, with design input from Lou Sunderland who was also a professional aircraft engineer, and who worked on the redesigns in co-operation with John Thorp.  Later models included the T 18W with a wider fuselage, the T 18C with folding wings to enable it to be trailered (and you could have both with the T 18 CW).  Then there was the S 18 (S for Sunderland) which had a new airfoil, and finally the S 18T which has a tricycle undercarriage.  Plans are still available. 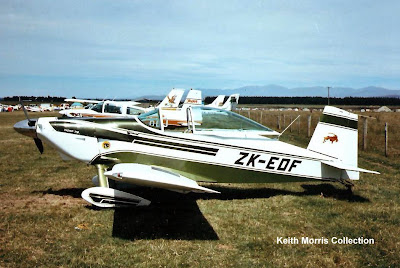 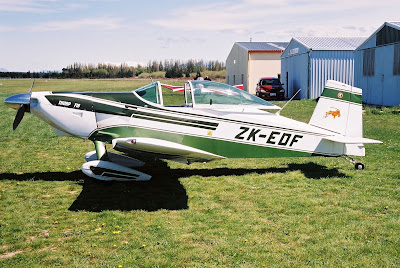 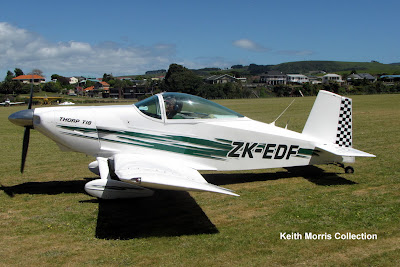 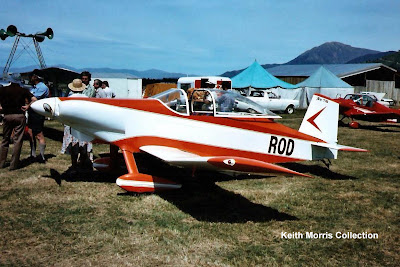 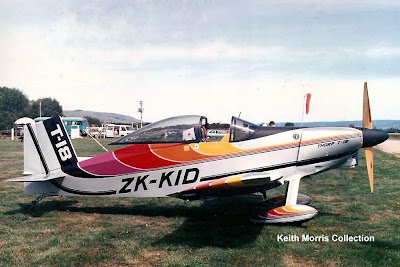 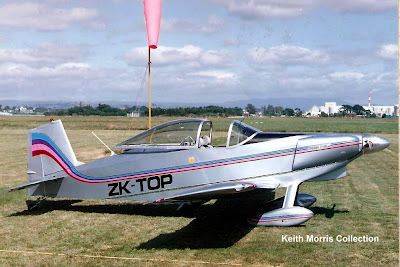 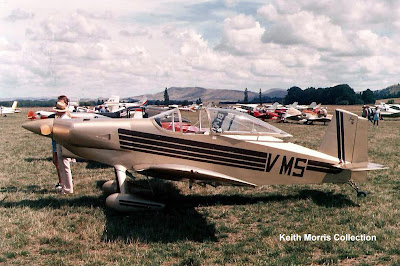 Our fifth T 18 was also a T 18CW model.  ZK-VMS (c/n AACA/200) was built by Tony Schischka of Plimmerton, near Wellington and was first registered on 8/5/87.  It had an updraft engine cooling system..It is photo'd above at the 1990 AACA flyin at Waipukurau.  It was sold to AM Schischka of Greytown on 14/1/09, and it is still current and based at Temuka. 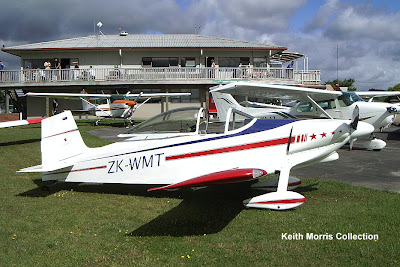 Our sixth T 18 was a S 18 model that had the folding wing modification.  ZK-WMT (c/n WM01) was built by Wayne Matthews of Auckland and was first registered on 16/3/04.  It was first flown by Tony Schischka at Matamata.  It had an O-320 motor and was equipped with long range fuel tanks.  Wayne Matthews carried out several long distance flights including a non-stop circumnavigation of New Zealand and a return flight to Australia from Invercargill to Hobart and return via Lord Howe Island in October/November 2005.  It is photo'd above at North Shore airfield on 27/1/07.  Wayne was planning even longer flights including a trip to Oshkosh, but tragically he was killed when ZK-WMT crashed at the Whenuapai airbase on 26/4/08. 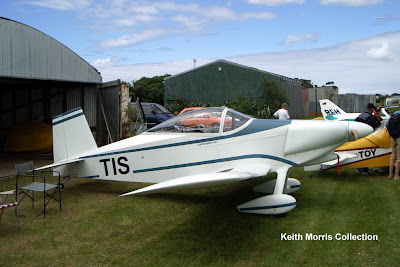 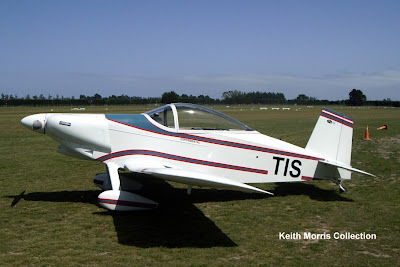 It was sold to JE Crockett of Christchurch on 30/9/06, and it is photo'd here at Rangiora on 14/10/06 where it has a red addition to the trim lines.  Mr Crockett moved to Australia and took ZK-TIS with him, and it was canceeled from the New Zealand civil register on 17/9/08.  It was registered in Australia as VH-TIR on 18/9/08 and it is still current there. 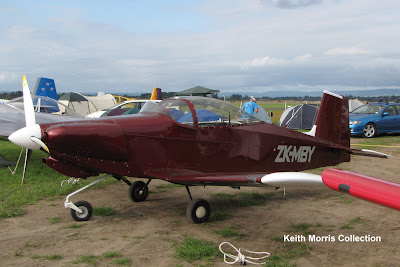