The Rand Robinson KR 2 followed on from the KR 1 which was a very innovative homebuilt design as it was the first to use foam and fibreglass composite construction. The KR 2 was designed by Ken Rand and first flew in 1974. The structure is basic wood and ply, but the surface contours are formed by polyurethane foam which is formed to the shapes required and then covered by Dynel fabric which is impregnated with resin. This allows compound curves to be easily formed, and after sanding a smooth surface results. The wings have 2 wooden spars with polyurethane ribs which are again covered with resin impregnated Dynel fabric. The flying surfaces are simply cut out and reattached with hinges. The original models featured a manually retractable undercarriage but it can also be built with fixed gear either tailwheel or tri-gear.  A later version, the KR 2S appeared in the 1990's and featured a 16 inch fuselage stretch and a new airfoil.  Plans for the KR 2 were sold in great numbers with 4,500 sets sold by 1979, and around 1,100 KR 2s had flown worldwide in 2011.

We have had 16 KR 2s registered in New Zealand to date, and there are still some being built, so we should expect some more.  I will start with the 1980's batch of KR 2s. 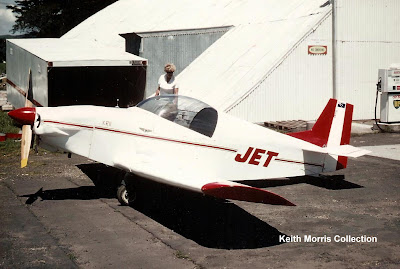 Our first KR 2 was ZK-JET (c/n AACA/607), which was built by George Thornton of Auckland, and was first registered on 3/9/80.  It first flew at Ardmore on 6/1/81 but was damaged on landing on 22/1/81 when its undercarriage collapsed.  It was never rebuilt and it was cancelled on 22/1/88.  It is photo'd above at Ardmore during its brief career, but I do not have a record of who took the photo. 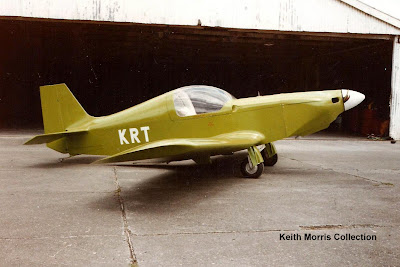 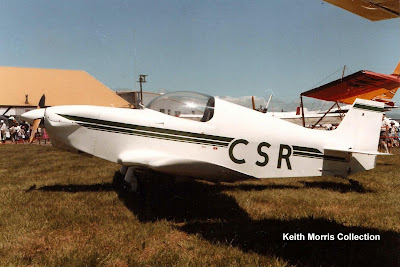 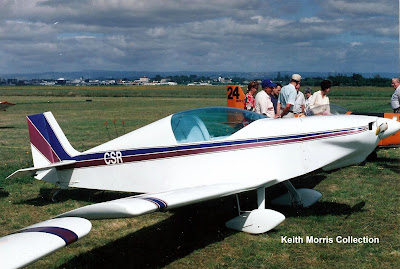 It was sold to the Groot Syndicate (Case Groot, (of whom more later) and RL Groot) of Putaruru on 10/1/89.  Case Groot rebuilt the aircraft and incorporated a 17 inch fuselage stretch, a 3 inch wider cockpit and a taller fin and rudder as can be seen in this photo taken at the 1992 AACA flyin at Tauranga.  It was sold to DC Due of Tirau on 13/6/90, and then to DJ Stuart of Lower Hutt on 4/5/96. 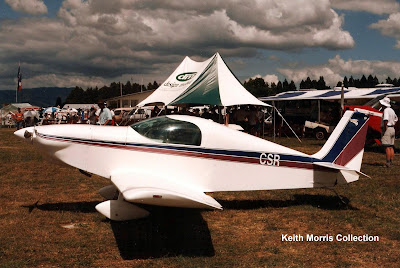 Another photo of ZK-CSR taken at the 1998 AACA flyin at Matamata, where it now has a Dragonfly canopy fitted. 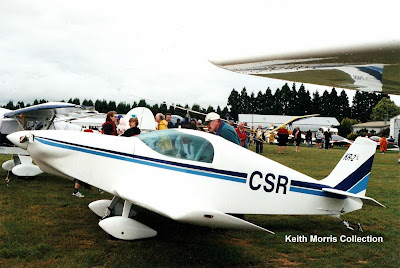 It was sold to KW Dobson of Ohakea on 26/5/01, and he later moved to Woodbourne.  The above photo was taken at the 2002 SAANZ flyin at Matamata.  Tragically ZK-CSR was involved in a fatal accident on 8/6/03, in the Waihopai Valley near Blenhiem.  The accident report found that the pilot was overcome by Carbon Monoxide after fitting a new cabin heat system.  ZK-CSR was cancelled on 1/9/03. 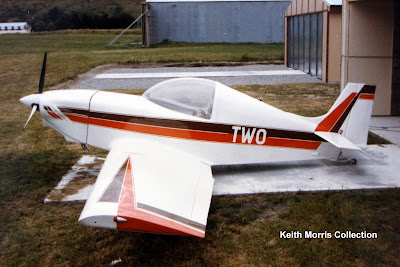 Our fourth KR 2 ZK-TWO (c/n AACA/317) also had a tragic history and a very brief life.  It was built by Brian Street of Queenstown and was first registered on 20/10/83.  The above photo shows ZK-TWO with its original canopy, which Brian Street found too restrictive. 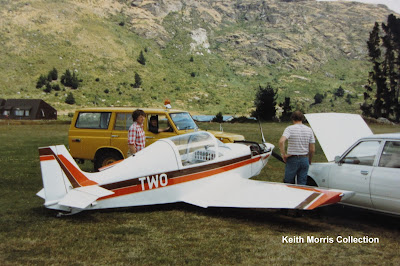 He then constructed this more roomy canopy.  Tragically Brian Street was killed on the test flight of ZK-TWO at Queenstown on 14/4/84.  The accident was caused by a fuel fire on take off.  ZK-TWO was cancelled on 29/3/88. 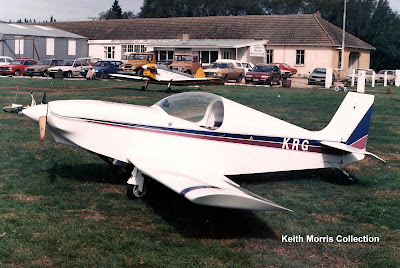 Thankfully our fifth KR 2 has had a long and successful life.  ZK-KRG (c/n AACA/547) was built by Case Croot of Putaruru, and was first registered to Case J Groot and RL Groot on 8/7/87.  It is photo'd above at the 1989 AACA flyin at Tairei with a retractable under carriage. 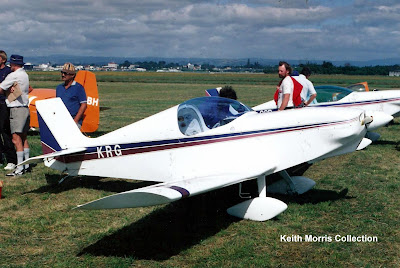 And here it is with a fixed undercarriage as photo'd at the 1998 AACA flyin at Tauranga.  It was sold to CR and PM Holmes of Te Awamutu on 22/9/98, and it was re-designated as a Class 2 microlight on 11/9/00.  It is still current but I think it may be under rebuild. 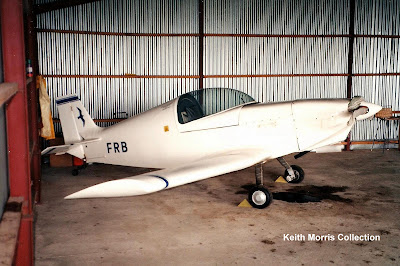 And our sixth KR 2 was ZK-FRB (c/n AACA/483) which was built by Kurt Neilson then Rudi Wenk then Charles Lake, and was registered to Charles Lake of Auckland on 1/6/88.  It is photo'd above in a hangar at Matamata I think, in the late 1990's.  It was re-designated as a Class 2 microlight on 21/8/00 and it is still current.