The recent blog about the 1975 dothistoma spray contract at Kaingaroa undertaken by James Aviation reminded me that the following year, interlopers from the south in the form of Pete Rowley's Aerial Sowing Ltd secured some 25% of the contract area. Four aircraft were used - two Rockwell Thrush Commanders ZK-DQA/DQB (flown by Colin Sutherland and Andrew Wheelan), Snow S-2D ZK-CPL (the late Barry Cowley) and Cessna A188 ZK-CSE (Alan Hackston). The contract was initially plagued by bad weather, but eventually completed in late December. Below are a few images from that time. 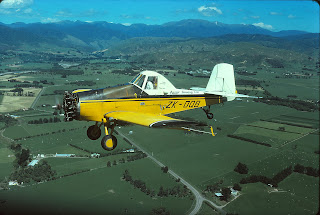 While Thrush ZK-DQA was based in Rotorua, the other aircraft were flown up from the South Island. Here, Andrew Wheelan and the accompanying Snow grind along north of Otaki on 30 October. 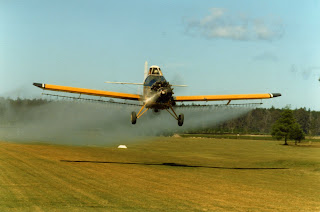 The Kaingaroa Golf Course /Airstrip got a serious working over while the spray systems were calibrated. Here is ZK-DQB again. 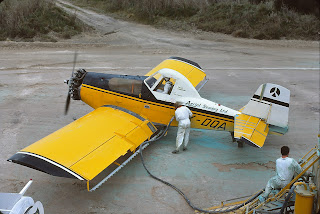 Once the weather came right, 12-hour days were not unusual. Colin Sutherland takes on another load on the Run 58 Airstrip on 5 December 1976. Pumice dust was ever present. 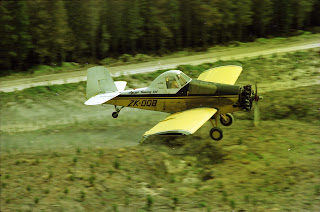 The Thrush was in its element when spraying - here Andrew Wheelan looks after the young pines with copper oxychloride at Low Level Road deep in the Kaingaroa Forest. 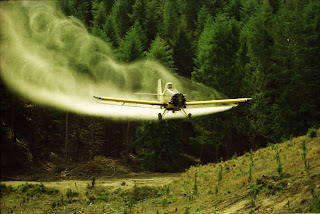 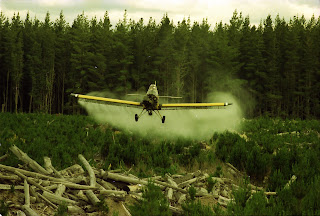 ﻿
By this time, Snow ZK-CPL was the only airworthy example in country, but it proved to be no slug in the spray department either. Barry Cowley in action at Half Mile. 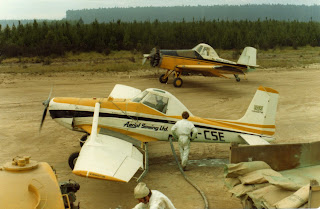 The baby in the team was A188 ZK-CSE, here taking on another load at the Waireka Strip, while in the background ZK-DQB waits.﻿ 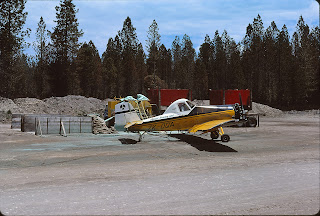 Another strip used was Waipouri, the mixing and loading facilities of which can be seen behind Colin Sutherland in ZK-DQA.﻿
Posted by greybeard at 21:44