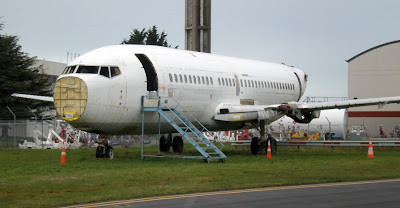 The story of this relatively young and low houred airframe has been covered in the following two links. 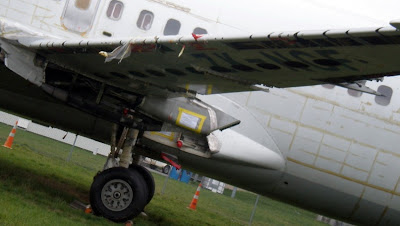 Paul comments that:-
B737 ZK-NGF has been parked outside at Christchurch for some time (ever since withdrawn, and particularly when the port side tail plane was robbed to fix the other B737 that was hit by a Pacific Blue/Virgin Australia B737 wing tip).
Normally situated outside hangar 5, and on odd occasions disappeared into the hangar 1 for a day or so. But, at the end of each day, it reappeared parked on the grass and the external view made it all appear that the aircraft was still pretty much intact.
Well, that was right until very recently . . . several weeks ago it was taken into Hangar One and it appeared outside early last week . . . . in a very different state. The poor weather stopped me venturing outside to get a good photo or two . . . until today.
Here it is . . . very sad looking B737 now, eh?? . . . with only the underside port wing showing the registration

There does not appear to be much left of it worth keeping . . . .
Cheers 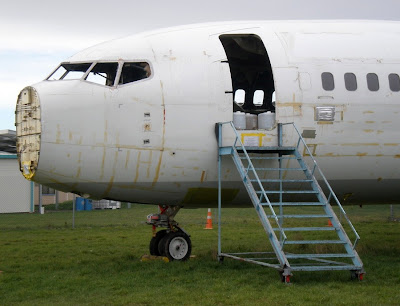 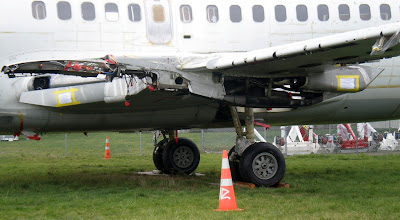 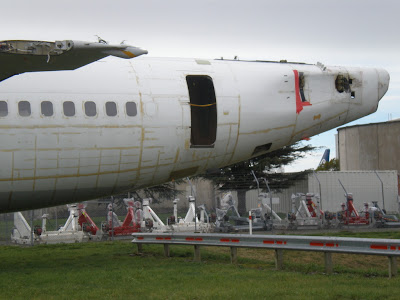 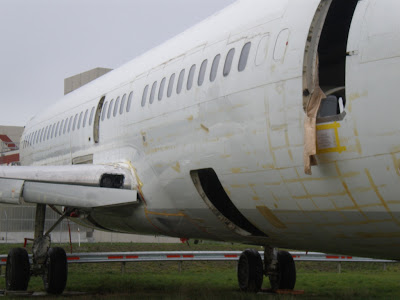 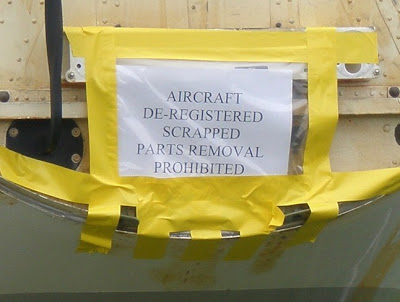 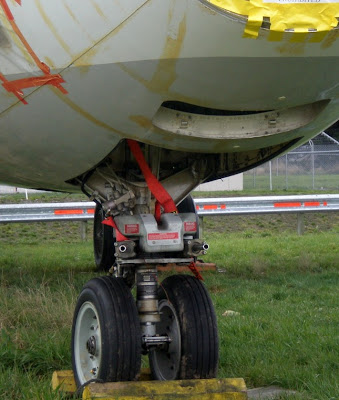 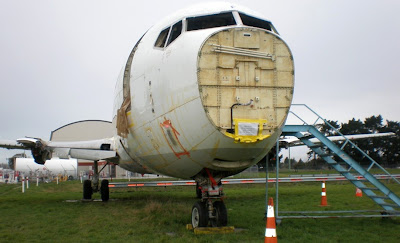 Thanks Paul
Posted by Dave Paull at 06:40