In response to Anonymous' request:

At Rukuhia in full JAL colours 12May1966 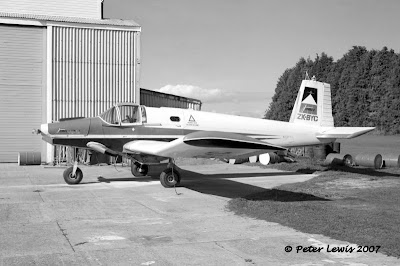 After 10 years service in the North Island, ZK-BYC was transferred to the James subsidiary Farmers Aerial Topdressing Company of Invercargill as from 13February 1970.
Returning 'up north' five years later, it reverted to JAL ownership on 4February 1975.
Based out of Raglan, it did not last much longer, being badly damaged in a crash at Te Mata, near Raglan, on 9Aug75. the registration was cancelled on 6October 1975.
Don Subritzky recovered the damaged airframe from the crash site a few years later, and undertook a slow rebuild at his North Shore facility.
The registration of  ZK-BYC was restored into his name on 19April1991 but remained a work in progress.

At the Subritzky workshops 28March2011 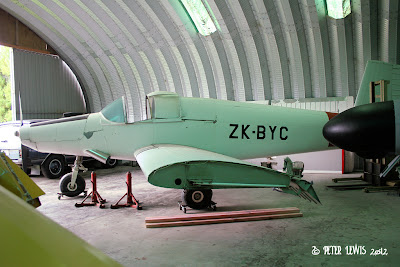 The ownership of ZK-BYC has changed to Killarney Farm Awamate Limited of Wairoa as from 12July2012.
Has the aircraft flown again under the new ownership?
Posted by flyernzl at 22:37