Another snip from the ODT
Cessna had four earlier crashes
By John Lewis on Tue, 14 Aug 2012
The owners of the Cessna 180 which crashed at Big Bay Beach, north of Milford Sound, last week say it is not the first time the aircraft has crashed.
South Air Ltd general manager Mark Paterson said the company bought the former topdressing plane, registration number ZK-BEL, 14 years ago and restored it. The crash last week was the fifth in its history.

The New Zealand Aviation Safety Network website shows it was involved in accidents at Wairoa (September 1961), Rotorua Airport (February 1970), Taupo Airport (November 1970), and near Makarora (April 1980), but no passengers were killed as a result of the crashes.


"This will be the fourth time it's had to be repaired, so it's nothing new for this plane," Mr Paterson said.
The plane had been privately hired by a pilot to take friends to the remote area for a sightseeing trip.

He said the beach was a popular landing spot for people wanting to go whitebaiting or tramping.
On this occasion, he said, the plane landed heavily on the sand, bounced into the air, and when it landed again, the wheels dug into the sand and the plane flipped on to its roof.

None of the four people on board was injured.
Mr Paterson said the plane was badly damaged by the crash, but hopes were that it could be salvaged and eventually repaired.
"The plane's been moved to a safe area and it will be brought back to Dunedin later this week."
The Civil Aviation Authority began an investigation into the incident yesterday.
john.lewis@odt.co.nz
********************************************

Below we offer a little of the history of this Cessna 180. 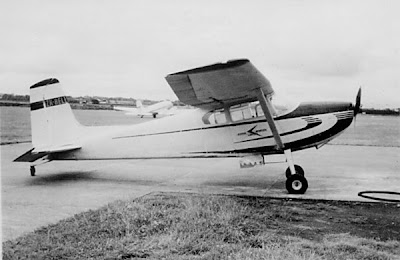 After four years with Rural it moved to Air Super Ltd of Wairoa from 12-03-1958. It was damaged when it overturned at Wairoa on 29-09-1961.
My next reference mentions it being fleet number 7 with Manawatu Aerial Top Dressing Co of Feilding.
Pic below from unknown source - but I suspect from the RJD collection. 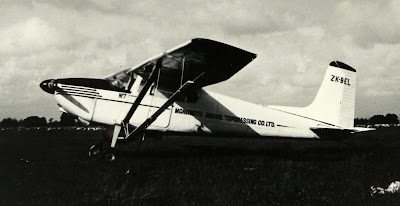 And then to Aerial Spaying (NZ) Ltd, followed by Aviation Distributors Ltd before joining J S Murdoch at Gore on 16-04-1968. 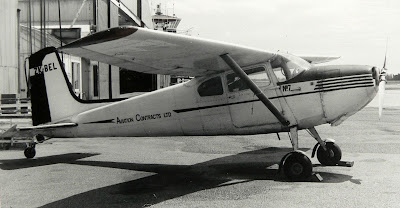 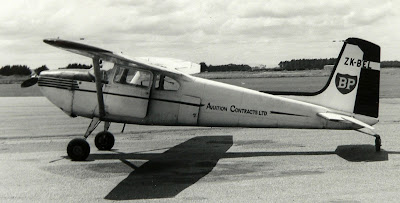 Above. Another Invercargill shot taken on 23-01-1969. Now with the BP label.
Then followed a short spell with R M Gibbs of Mataura. 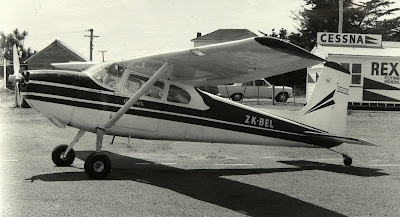 I next have it with Central Helicopters of Alexandra from 06-07-1972. Here it carried the name "Derek Alexander". 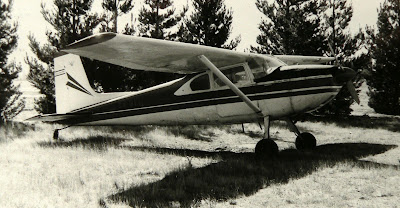 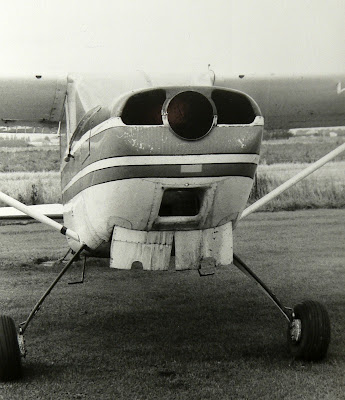 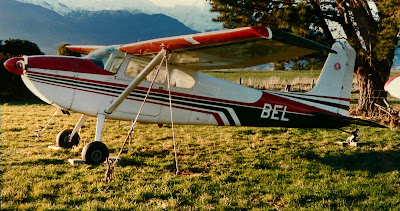 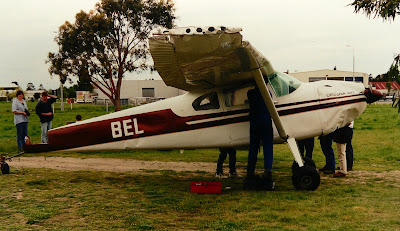 At Christchurch on the morning of 19-10-1998. Back on its feet again but not looking too good. 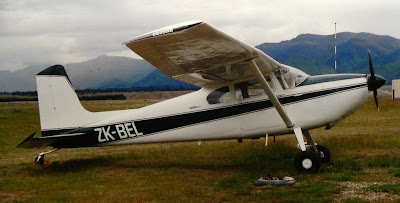 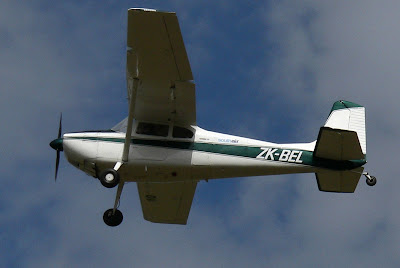 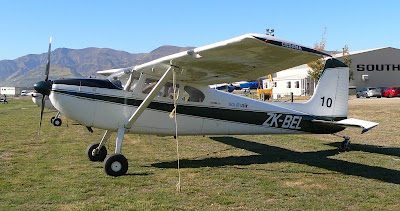