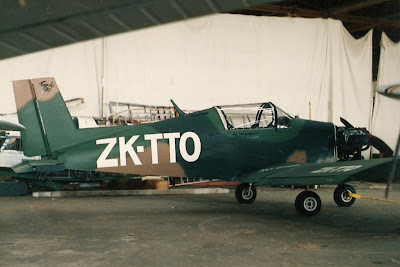 Following my previous posts on BD 5's, I started doing some research on other very small metal aircraft in New Zealand. Most have been only rarely seen so I thought it might be of interest to readers to post some of them. The ones I will post all derive from the Cal Parker Teenie Two of the 1970's. The Teenie Two was further developed by Gary Watson who called his version a Wind Wagon, and then Morry Hummel further developed the design into the Hummelbird.

I think that the first Teenie Two in New Zealand was ZK-TTO which was built by D McGill at Blenhiem in the mid 1980's. However it was never officially registered and I think it never flew because it was too heavy. However it was completed as shown in the above photo that I took at Blenhiem in 1987. D McGill later owned Quicksilver ZK-JMD which he re-registered as ZK-TTO. 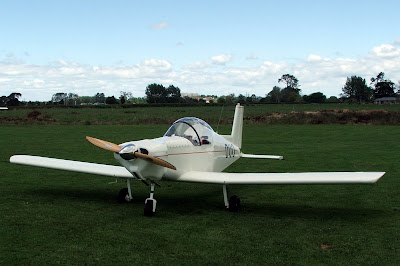 The next Teenie Two in New Zealand is the most recent of this bunch, ZK-DUO built by Julian Thornton of Hamilton which was first registered on 25/1/07 and flies very well. It was sold to R G Muir of Christchurch on 11/6/09. Julian Thornton has built 2 other aircraft - his first being Zenith CH 701 ZK-JRT, his second being ZK-DUO, and his most recent being the Just Aircraft Escapade ZK-SKP. Julian has a homepage https://sites.google.com/site/escapadenz/Home which has links to really neat YouTube videos of all of his aircraft flying (with good soundtracks too!). Thanks to Julian Thornton for this photo. 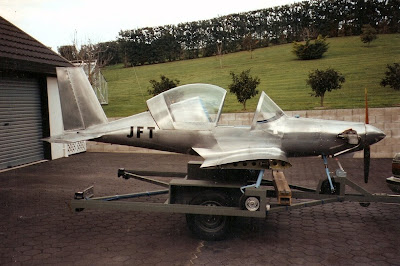 Next is the Johnston Sky Bird ZK-JFT, built by Cliff Johnston of Hastings, which was first registered on 10/95. I think this is Cliff's version of a Hummelbird. Note the half VW engine. I understand that this aircraft also never flew as it was destroyed in a testing accident. It was cancelled on 10/98. Cliff also has been a prolific aircraft builder, having built Piel Emeraude ZK-CBH, TEAM Minimax ZK-JRC, and having rebuilt a Piper Commanche. He is currently building an Alpi Pioneer 300 in Hastings. Thanks to Cliff Johnston for this photo. 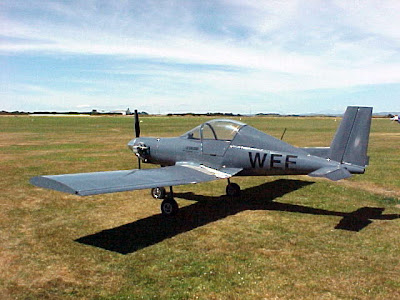 Next followed this Hummelbid ZK-WEE which was built by Perry Husband of Bulls and which was first registered on 6/4/00. It was sold to John Cranstoun of Kirwee on 4/5/04 but was cancelled as WFU on 28/5/05. It also had a half VW engine. Does anyone know why it was cancelled? Thanks to Russel Millar for this photo, which was taken at Stratford. 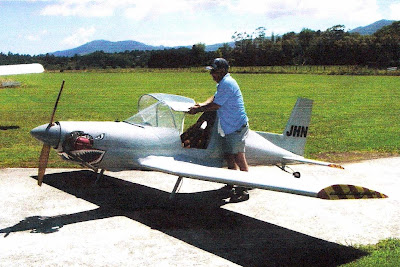 And finally in this group is this Hummel Windwagon ZK-JHN which was built by Errol McNeil of Coromandel and was first registered on 11/01. This is currently hangared at Matamata but has not flown to date although high speed taxi runs have been carried out. This aircraft also has a half VW engine. You can really appreciate how small these aircraft are in comparason with Errol. Thanks to Errol McNeil for this photo. 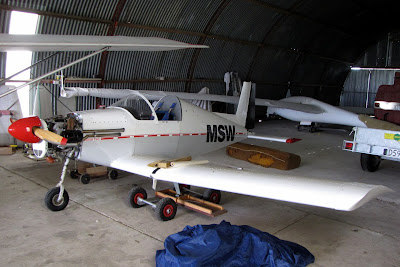 And finally for now Michael Wilkins'Teenie Two ZK-MSW is resident in his hangar at Matamata.  It is not yet registered.  Mike's Teenie Two was built by Johan Brink in South Africa where I understand it completed one test flight. Johan brought the aircraft to New Zealand.

Does any reader out there have any other information on any of these small metal aircraft in New Zealand?