'Aotearoa' was the name of TEAL's first ever aircraft, Short S.30 Empire ZK-AMA, and has appeared on at least another four of their subsequent fleet.

The name was writ large on the Empire: 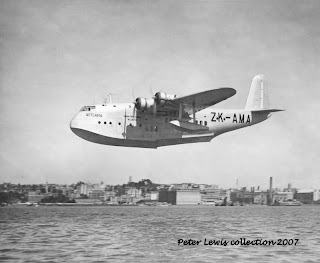 and rather smaller on the Solent 4 ZK-AML, which became 'Aotearoa II' 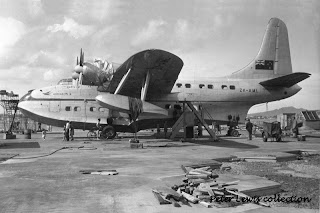 When the landplanes arrived, DC-6 ZK-BGA became 'Aotearoa III' in 1954 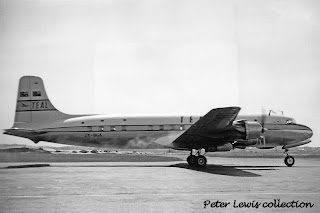 By the time 'Aotearoa' appeared on L-188C Electra ZK-TEA in 1959, the numbering sequence seems to have been dropped and just the name appeared. 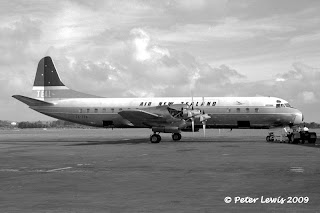 Boeing 767 ZK-NBA apparently carried the 'Aotearoa' name at some time during the 1985 - 1997 era, before the aircraft was leased overseas 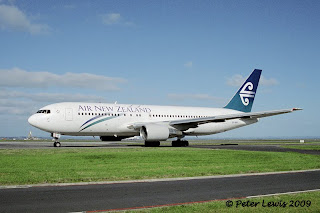 To round out the list, does anyone have any knowledge of any other aircraft that carried the 'Aotearoa' name?
Posted by flyernzl at 21:49