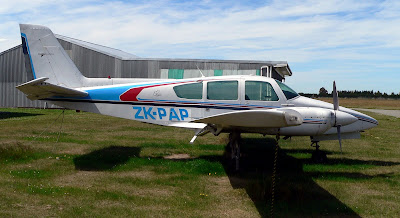 In December of 2008 it was flown to Timaru, where the NZFS were having their maintenance carried out at Avtek, and during the course of an inspection corrosion was discovered.
I believe it never flew again. [There was talk of a ferry flight up north but ?].
Posted by Dave Paull at 20:42