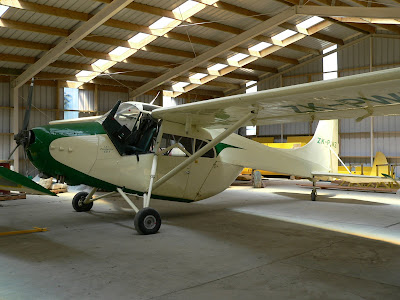 I have been asked off blog if this Edgar Percival Prospector EP.9 or Lancashire Prospector [call it what you will] has its ZK-PWZ registration marks on the upper wing surfaces.
Photographic evidence would be very nice.

I must admit that I have never looked.

Question again : does this aircraft carry its ZK-PWZ markings on top of its wings ?
Posted by Dave Paull at 22:00