Fighter set to fetch over $4m 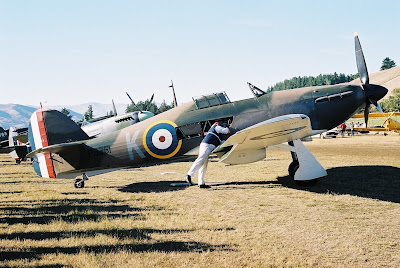 From the NZPA.
A former WW11 fighter in which ANZ technicians, trainees and volunteers invested thousands of hours of work is expected to be sold for up to A$4 million (NZ$4.94m) at auction in Australia.
The 1940 Hawker Hurricane Mk11A fighter - Battle of Britain veteran and one of only 11 (?) still in flying condition - will be offered at a military and aviation collectables auction in Melbourne on September 27. --------- Chief executive of the Wallis family's Alpine Deer Group - which owns the Alpine Fighter Collection - Graeme Ramshaw, said the Hurricane was going to auction as part of a sell up of the fighter collection.