Microlight from Rangiora to the Chatham Islands and return

Glenn Martin made a flight from Rangiora to the Chathams Islands in his TL-Ultralight TL-2000 Sting S4 ZK-MTN - leaving last Tuesday and returning on Friday (3rd).

He was met near the the coast on his return by ZK-JUG, ZK-MYN and ZK-NVY who escorted him back to home base at Rangiora.

The trip was part of his quest to land at every airfield in NZ, he is now down to the last 8 or so. 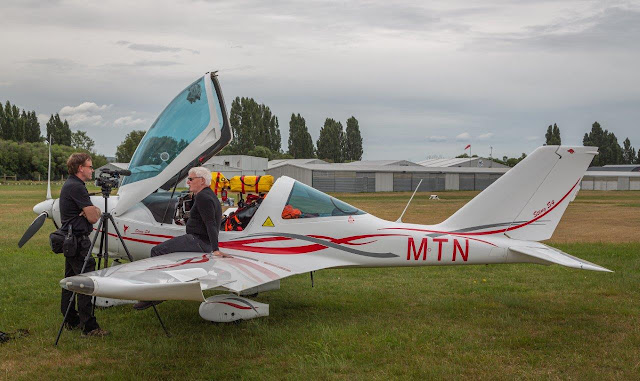 Above Glenn being interviewed by Geoff Sloan of STAR Media Group after his 5 hour flight back from the Chathams.

This is not the first microlight return flight to the Chathams with John Bolton-Riley flying his Meteor Sky Arrow 480T ZK-EBR2 accompanied by Paul Havill in his Avid MkIV ZK-JHW doing the deed on 09-04-2004 and 13-04-2004.