Also at Auckland International on 12-11-2016 were a couple of Mustangs of the Cessna 510 variety.  These aircraft have been posted on the blog previously, but it was quite neat to see two of them together, and they have both recently acquired new owners. 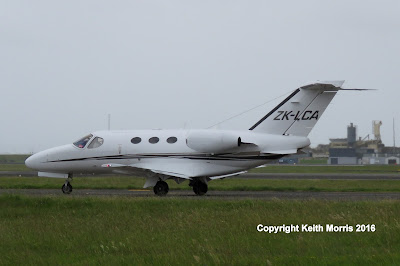 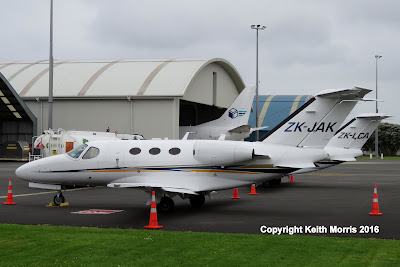 While ZK-JAK2 (c/n 510-0347) has been registered to JAK Air of Rotorua since 5/9/16.  Here they are both parked outside the Air Centre One facility at the Eastern end of the aoirport.

We currently have four Cessna 510 Citation Mustangs on the register in New Zealand, with the other two being  ZK-RJZ and ZK-YDZ.

And now its off to Ardmore.
.