I am sure that you all know the Douglas DC-3 at McDonalds in Taupo.
And I am sure you all know that it was ZK-CAW1 (c/n 18923).
Below is an extract from an earlier post on ZK-CAW.
ZK-CAW (18923) started life with the USAAF serialled 42-100460 and joined the civil ranks as VH-ANM with Australian National Airways in February 1947. Its final Australian operator was Airlines of NSW from February 1961.It was modified to "Viewmaster" status (Lengthened cabin windows) before arriving in NZ on 23-10-1961 to become ZK-CAW with South Pacific Airways Airlines of NZ Ltd and was named "George Bolt".It joined NZNAC in March 1966 and was leased to Fiji Airways as VQ-FAI, returning to NZNAC in August 1969.It the briefly served with Mount CookAirlines and then South Seas Airways before it went to Fieldair in May of 1971 in the agricultural role..Its last flight was on 29-10-1984 bringing its total airframe time to 56,282 hoursBy November 1990 it was at McDonalds, Taupo.

I managed to gain entry into the fuselage the other day. Pic below. 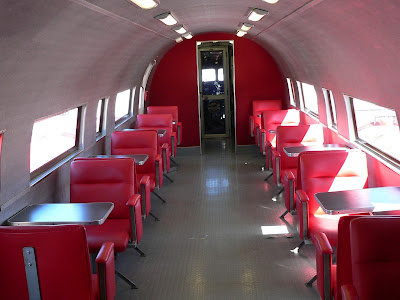 The cockpit, blocked off by a clear(ish) screen, appears to be fully equipped. 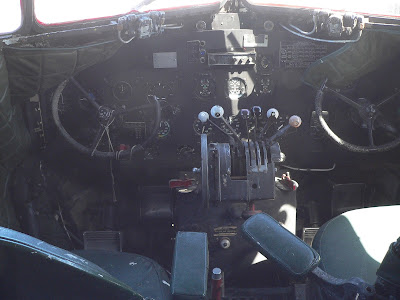 In the freight are just behind the cockpit there are about a dozen information panels.
Some of which I have included below. 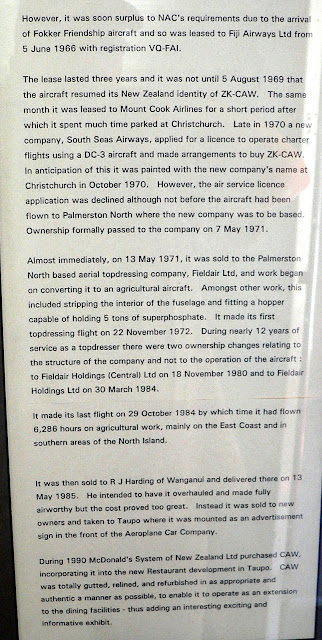 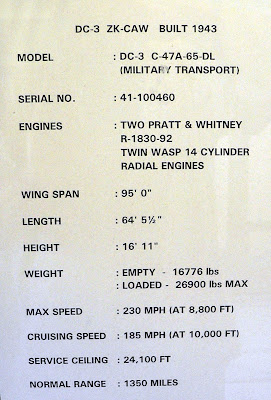