Another special aircraft was outside its hangar at Bridge Pa airfield on Saturday as Kip Netherclift pushed his pristine restored J2 Cub ZK-AGD out into the sun.  Unfortunately a carburettor problem prevented him from taxying the aircraft to the SAANZ aircraft park, so many may have missed it. 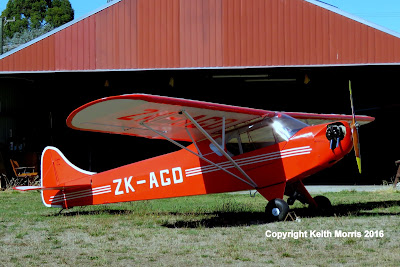 Kip has done a great job of restoration and the aircraft looks stunning.  Kip told me that the colour scheme is his take on a J2 scheme and borrows from his earlier Aeronca restoration (ZK-AMW), but the 3 fuselage stripes are a J2 feature. 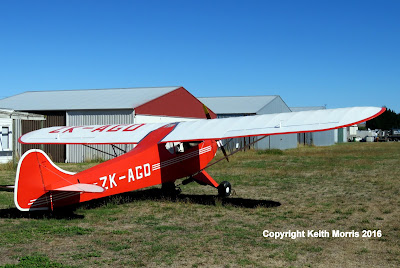 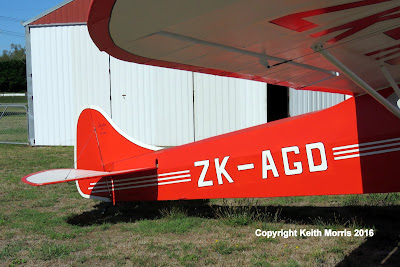 The tail features "Taylor J2 Cub" wording which you can see by enlarging the photo (click once or twice), however it is registered as a Piper J2.  The aircraft has not yet flown following its restoration.


ZK-AGD has been around for a very long time.  It was first registered in New Zealand in January 1938, so it is one of our oldest original aircraft.  It was imported by JR (Jim) Franklin of Wanganui and was used for a time by the Wanganui Aero Club.  The photos below from the Neville Drake collection show some of its early life. 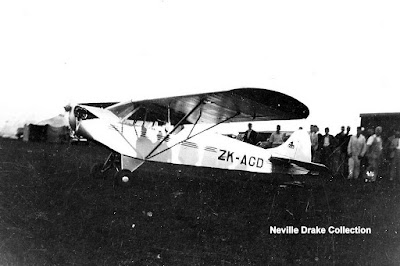 I think this photo is quite early on in its life and probably was as it arrived from America. 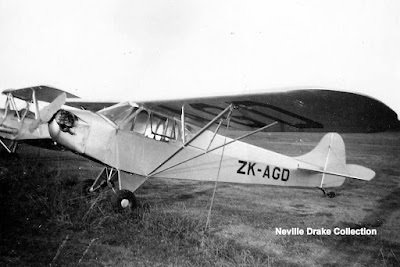 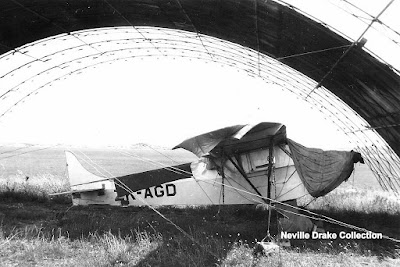 It was withdrawn from use around 1958 and then fell upon hard times, being stored exposed to the elements in a rudimentary hangar at Wanganui aerodrome as in the above photo.  The hangar eventually collapsed on it on 10/4/68 after which the remains were stored by Murray Farr of Hawera for eventual rebuild.  The registration was eventually cancelled on 17/12/90.

Kip Netherclift and Murray Kirkus acquired the remains around 5 years ago and the aircraft was restored over the intervening years.  It was briefly re-registered to on 4/3/14 but it was withdrawn on 24/6/14.  Finally it was again re-registered on 17/9/15 to the Netherclift AGD Partnership of Napier.