Auckland Anniversary Day today seemed like a good time to visit the Air New Zealand 75th Anniversary Exhibition at the Auckland Museum.  I had seen it previously in Wellington but it was good to see it again, and there were a few new exhibits such as the DC 8 cabin.

As would be expected, there are many historic photos and I now post photos of some of them here: 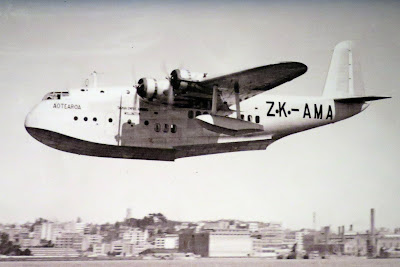 The caption for this photo says that it shows Short S 30 Empire flying boat  ZK-AMA, "Aotearoa" returning to Auckland after the first commercial flight to Sydney of TEAL in 1940 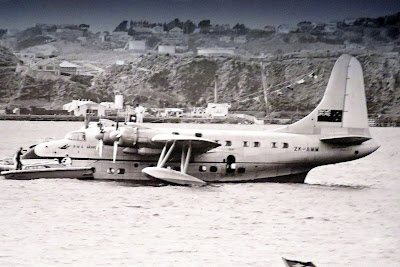 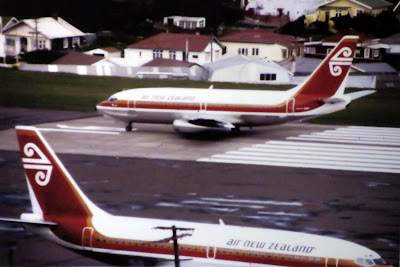 A much later shot of two colourful Boeing 737-200s just across the bay at Wellington. 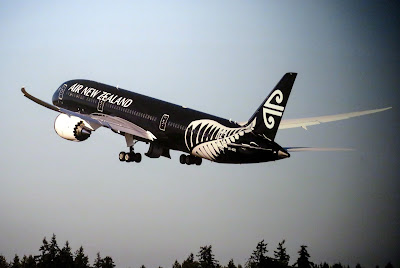 And their latest Boeing type, B 787-9 ZK-NZE2 showing the flex of its carbon fibre wings. 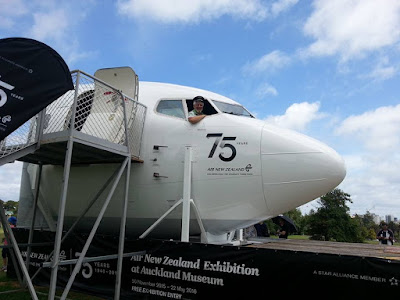 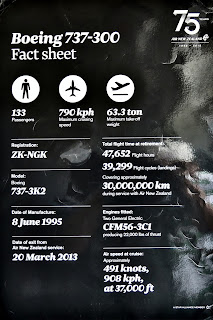 Well worth a visit.