Following along in Blue Bus's wheel-tracks, I also called in to Waipukurau on my way North.  On Friday it was still a no competition day, but after some sky analysis by wise heads a few gliders ventured up to sample the wave conditions. 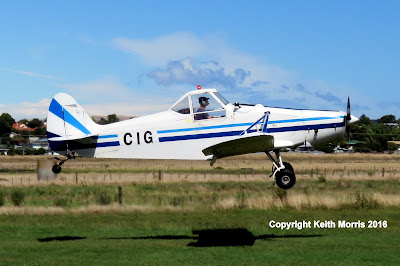 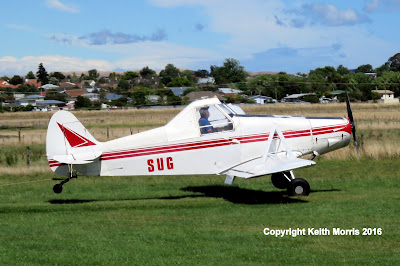 The Wellington Gliding Club's Pawnee tug ZK-SUG in the crosswind. 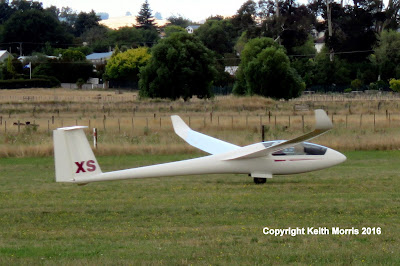 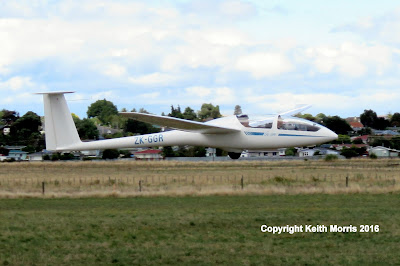 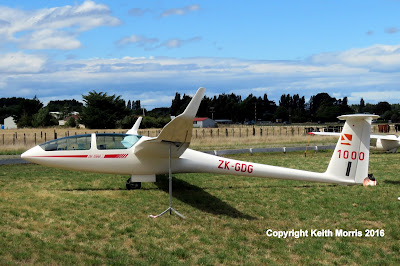 There were two DG Flugzeugbau DG 1000s on the field, the other one was the Wanganui-Manawatu Gliding Club's ZK-GDG2.  This one has a single retractable wheel undercarriage and wingtip extensions.  These are pretty big gliders with 20 metre wingspans. 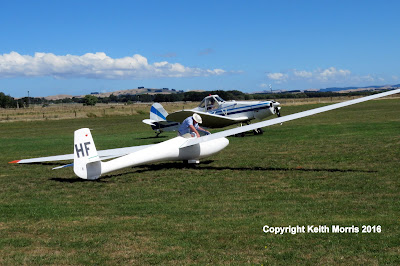 And in a throwback in time, the 1965 vintage Pawnee gets ready to tow the 1970 vintage Standard Libelle ZK-GHF.