These aircraft have been seen at previous SAANZ national flyins, but they are different now. 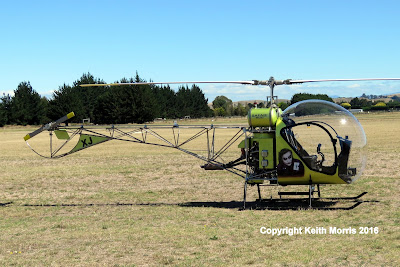 Bruce Belfield's Canadian Home Rotors Safari ZK-HXJ2 suffered an accident on 10/2/15 (see http://nzcivair.blogspot.co.nz/2015/02/canadian-home-rotors-safari-zk-hxj.html for what it looked like previously).  Bruce has now rebuilt it incorporating many improvements after 015 years of experience of building Baby Belle/Safari helicopters as the New Zealand agent. 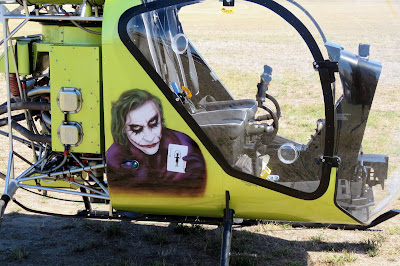 The helicopter is now painted in an iridescent yellow colour with The Joker artwork. 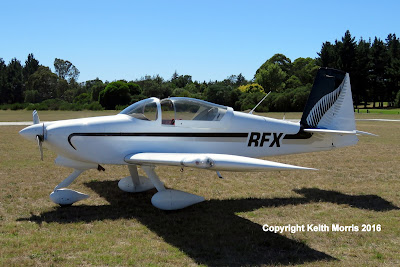 Vans RV 7A ZK-RFX has appeared in a new colour scheme following a rebuild after being damaged in a groundloop at Gordonton on 28/3/14.  This aircraft was originally built by Rex Newman of Blenheim as ZK-REX4 and was first registered as such on 15/7/04.  It was re-registered ZK-RFX on 26/5/09 to allow Rex to register his latest RV 7A as ZK-REX5.  You can see how it used to look at http://nzcivair.blogspot.co.nz/2014/03/thursday-arrivals-at-saanz-2014-flyin.html 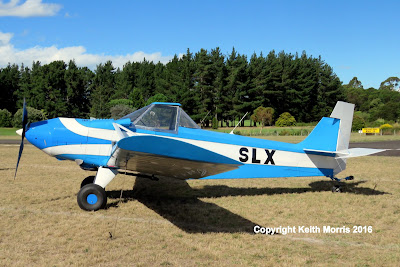 Gavin Grimmer had his Skylux ZK-SLX on the display line.  This aircraft was displayed as a fuselage on wheels at the 2014 SAANZ flyin at Hastings.  It has now flown. 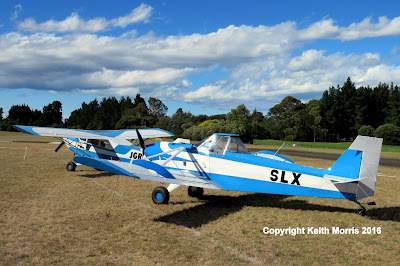 And to finish, a photo of Gavin's two aircraft, the Skylux and his Miranda ZK-JGR, painted in the same colours.