As well as the SAANZ flyin at Hastings the 2016 Art Deco festival was being held in and around Napier from the 17th to the 21st of February.  This attracted several "art deco era" aircraft to Napier with a good contingent of warbirds from Ardmore (Mustang, Spitfire and the Roaring Forties aerobatic team) plus John Luff's Venom from Wanganui - actually they are a bit later than the art deco era, and these aircraft put on flying displays off the Napier waterfront.

But there were more appropriate art deco era aircraft giving joyrides, including the following: 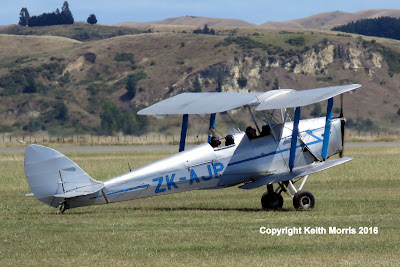 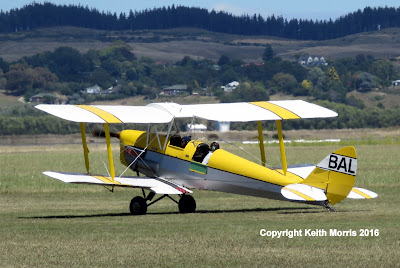 Down from Gisborne was the Darton Field Flying Syndicate's Tiger Moth ZK-BAL. 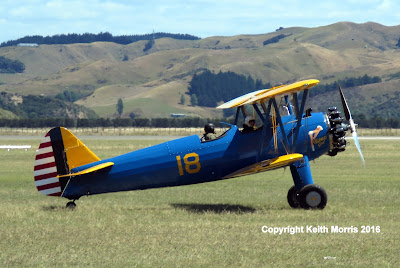 And from Ardmore was the Stearman Partnership's Stearman A75N1 ZK-PJS.

There were several other Tiger Moths as well as Stan and Gilly Smith's Fox Moth ZK-APT from North Shore, and visiting Bucker Jungman SE-AIK that is touring around New Zealand.