As N451ZS (The Jean Batten Clipper) this Douglas DC3C-S1C3G was placed in the Marlborough Aero Club Hangar in July of 2013.
Owner Mark Oremland of Airscapade Affairs Ltd has had a team of engineers from Air Chathams working on the aircraft recently and it has now been moved outdoors for engine runs.
It was transferred to the NZ register as ZK-JGB (c/n 4363) on 16-02-2015.

Pics below taken this morning 26-02-2015 at Omaka.
Awaiting arrival of crew to carry out its initial flight in NZ under its ZK registration.
If all goes well it is intended to fly her up to Auckland 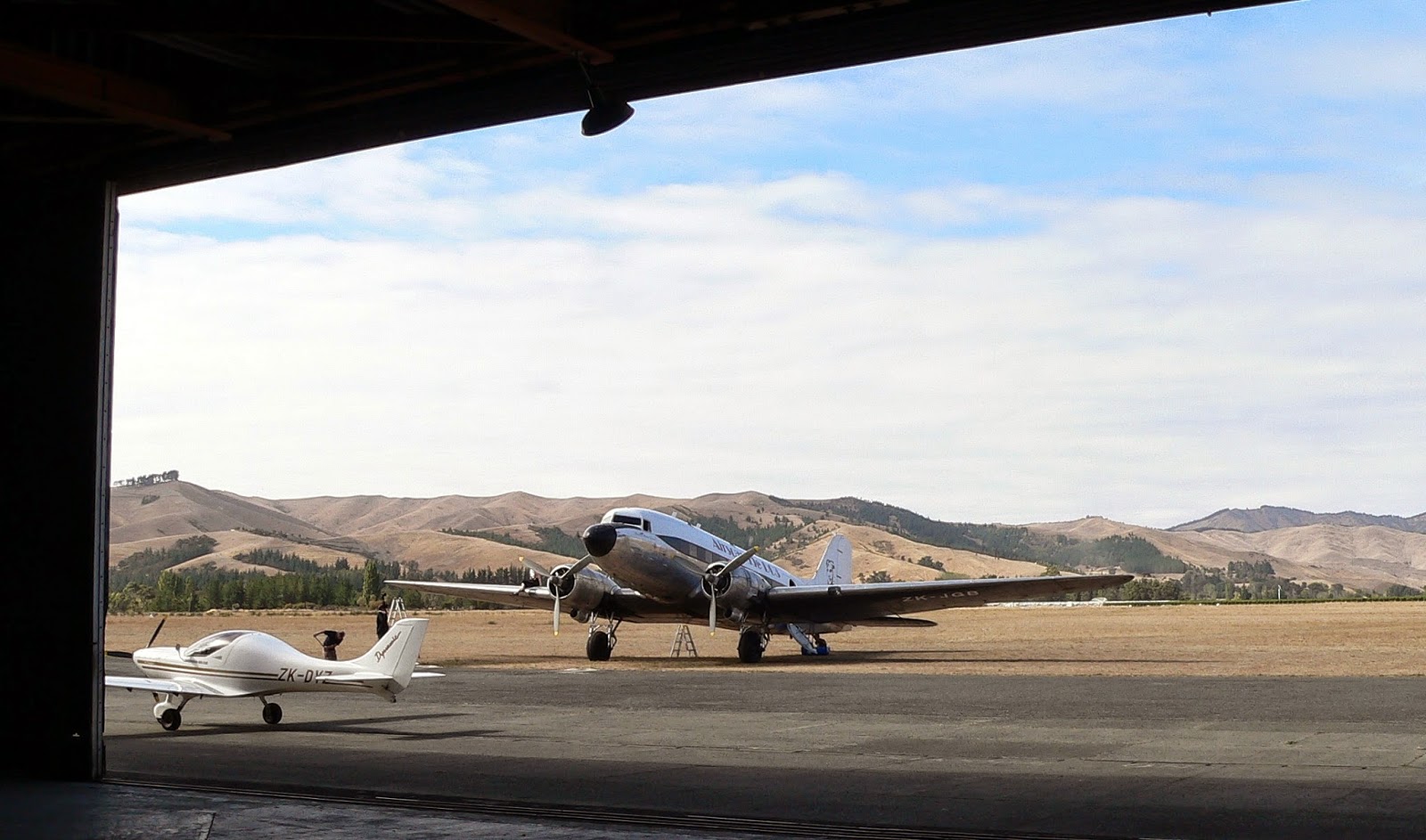 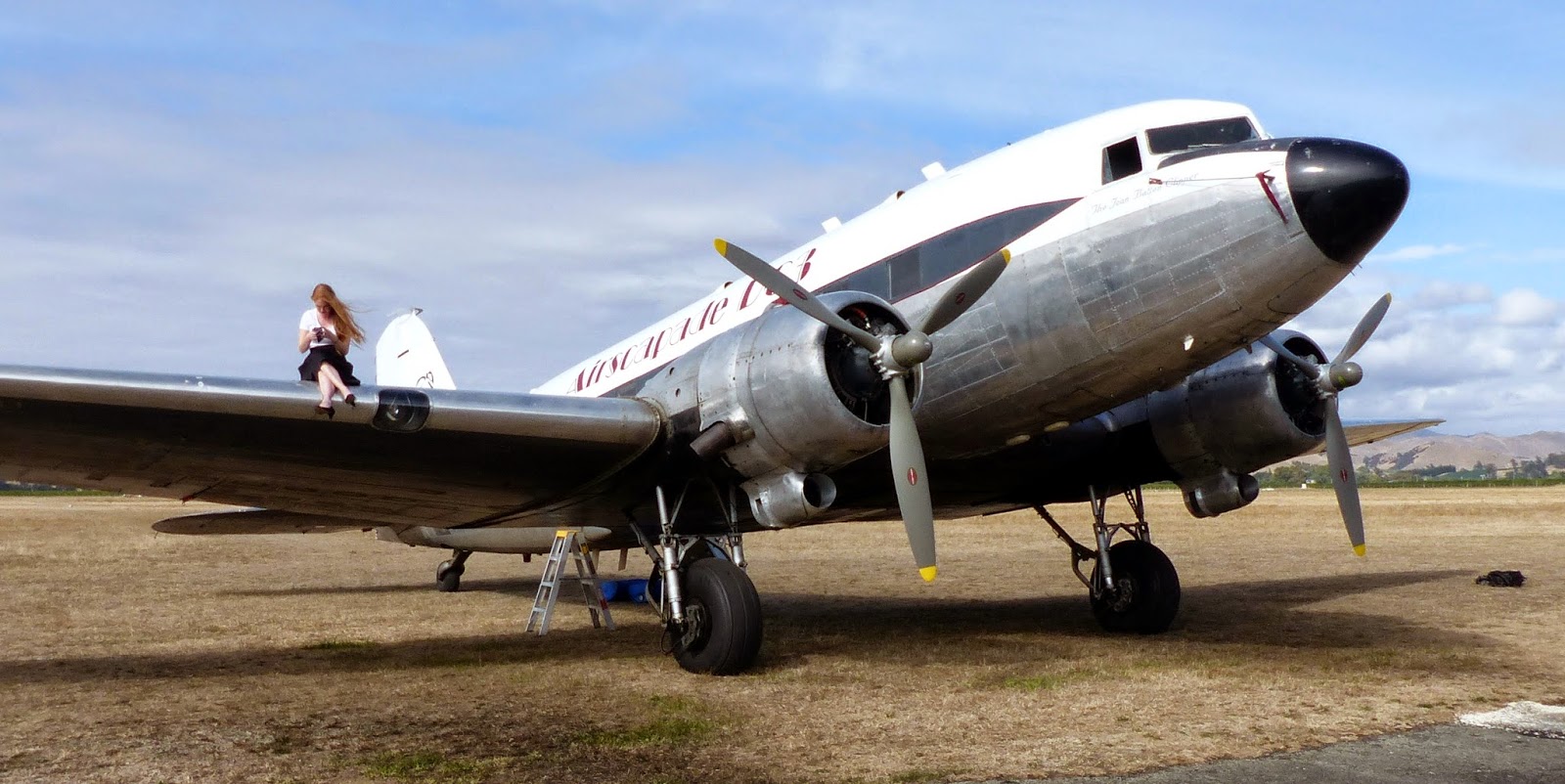 As you can imagine this aircraft has been around. Starting in the US Military as Bu4703, then down to Colombia. Back to the States as N1699M followed by a time as N69D before returning to N1699M.
N234Z was its next registration followed by HZ-TA3 - then back to N234Z.
South Africa was next as ZS-MRU, then Iceland and TF-AVN and in 2011 it became N451ZS.
Posted by Dave Paull at 12:41