The Bede BD 4 was designed by Jim Bede in the 1960s and was the first homebuilt aircraft to be offered as a kit.  Kits were first available in 1968.  It is a pretty successful aircraft with few curved surfaces to simplify construction.  The fuselage is built an an aluminium angle truss and covered with flat aluminium panels and the wing uses a tubular aluminium spar with foam ribs glued onto the it.  It could be built as a taildragger or with a tri-gear undercarriage.

We have had only one BD 4 in New Zealand as detailed below: 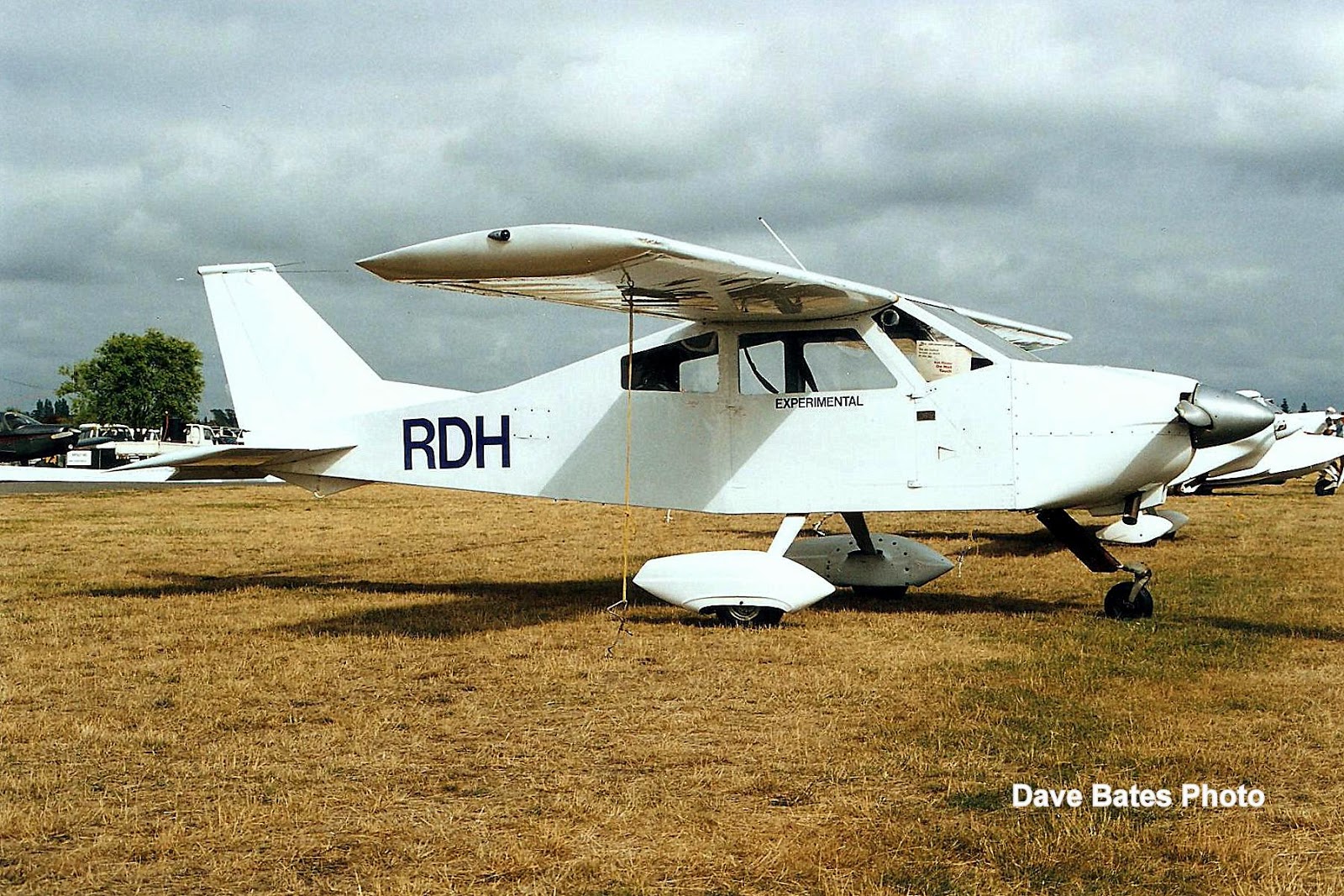 ZK-RDH (c/n AACA/285) was completeded by Russel D Harris of the Bay of Islands and was first registered to him on 20/11/96.  However, the project had been started much earlier by Trevor Ancell in Wellington in the early 1970s and I remember seeing it when I was a member of the Wellington Chapter of the AACA. The registration ZK-DYG was reserved at the time but not taken up.  It was fitted with an O-320 engine

I have a note that it was damaged on Waiheke Island in 2002 when it lost its nose wheel, and that it was then converted to a taildragger.  Does anyone have a photo of it as a taildragger?  It registration was revoked on 2/6/04.

The above photo of ZK-RDH was taken at the 1999 SAANZ flyin at Ashburton on 6 February 1999, exactly 16 years ago to the day to this post (and when the 2015 SAANZ flyin is starting at Ashburton).  Thanks to Dave Bates for the photo.