While waiting for Pasiing showers to pass at Ardmore yesterday, a different shape appeared downwind in the circuit. 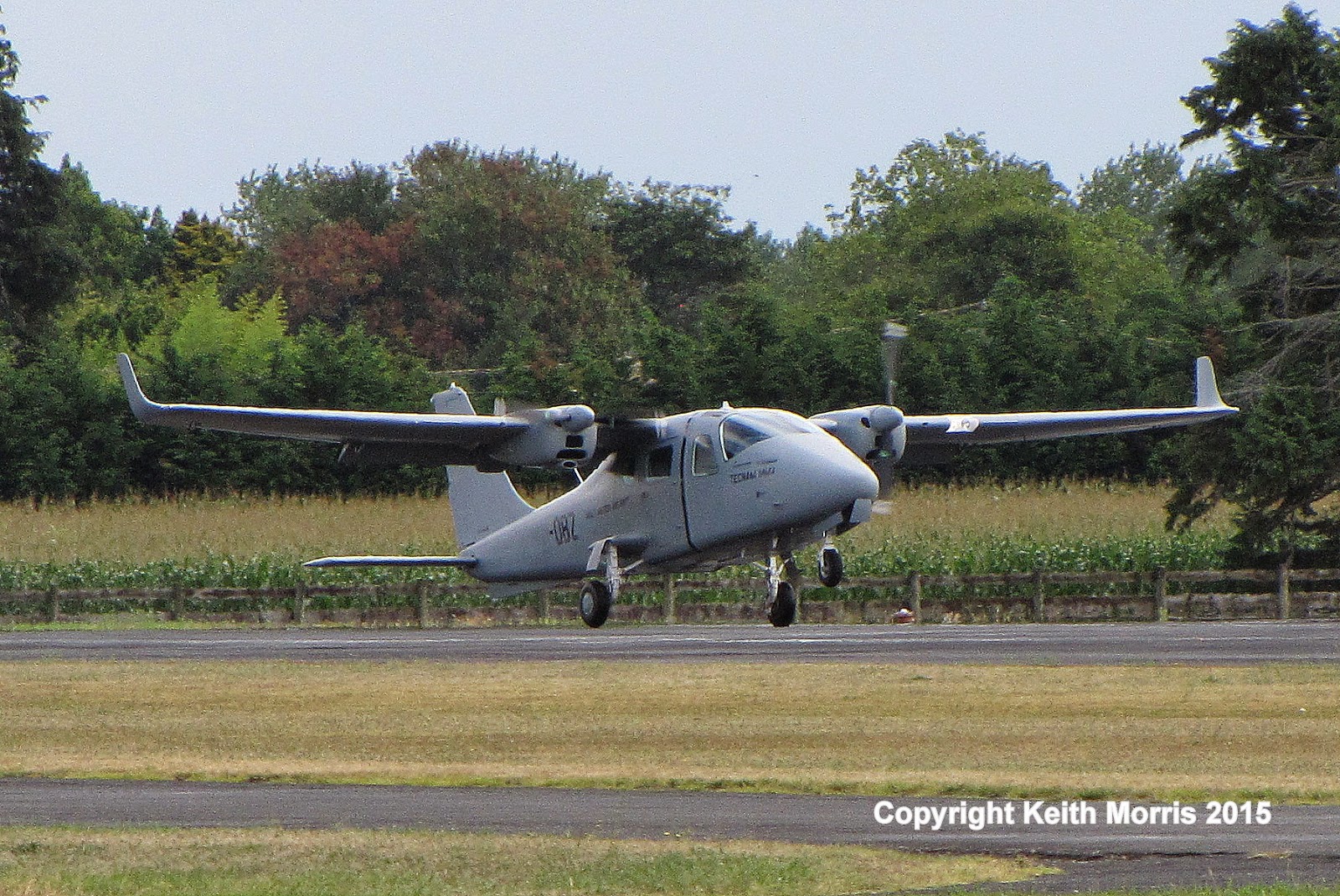 It was Tecnham P2006T ZK-OBZ which is owned by Ardmore Aviation Services with a Hong Kong address.  It was the first time I had seen the aircraft which was registered VH-OBZ in Australia before flying the Tasman to appear on the New Zealand register on 9/12/14. 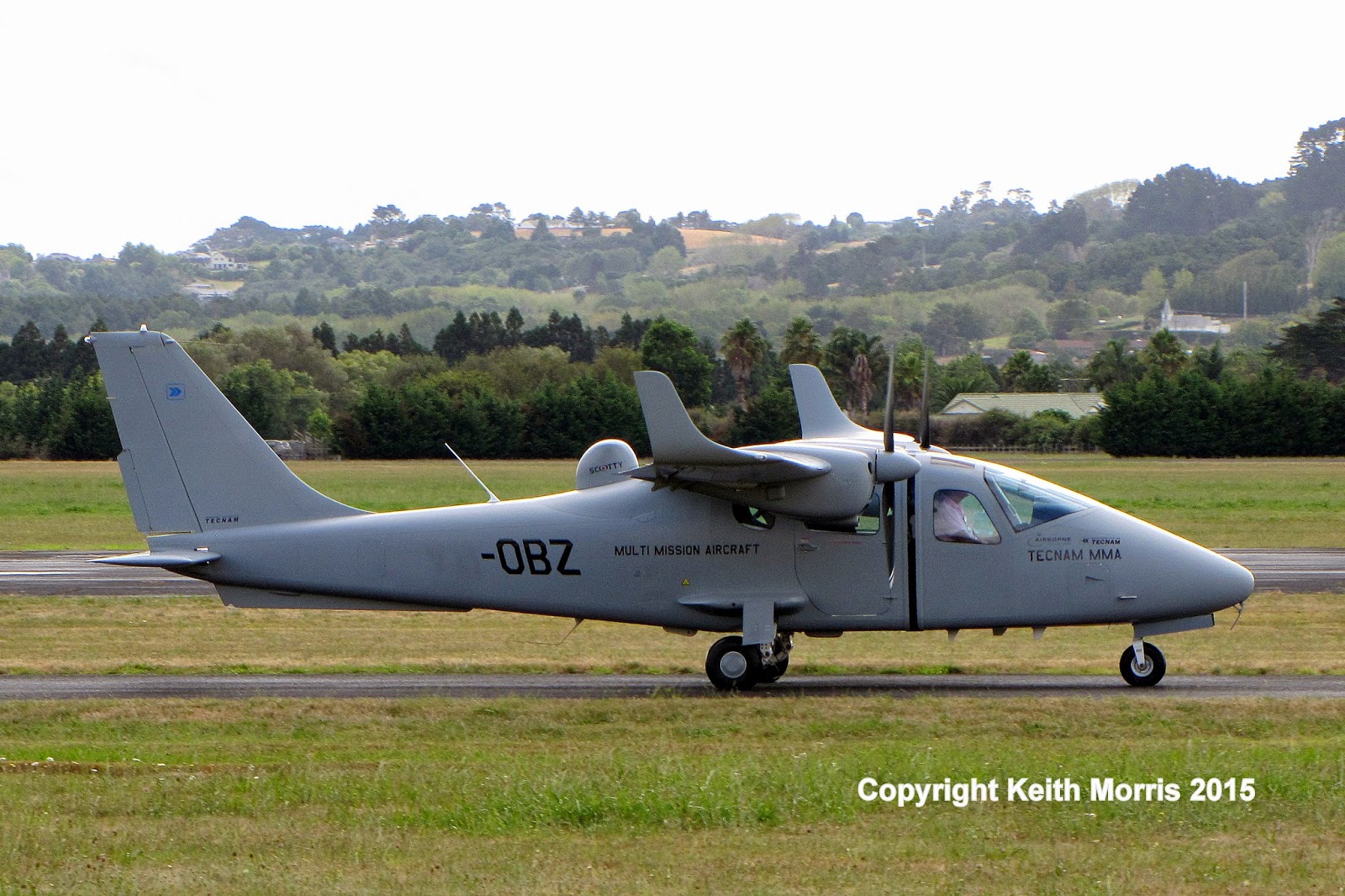 ZK-OBZ is configured as a Multi Mission Aircraft with electronic surveillance equipment from Airborne Technologies installed in a sensor bay in the floor and it has various bulges as could be seen as it taxied in.  I am not sure how much of the special equipment is installed in ZK-OBZ and if so what it is used for.  Can anyone advise? 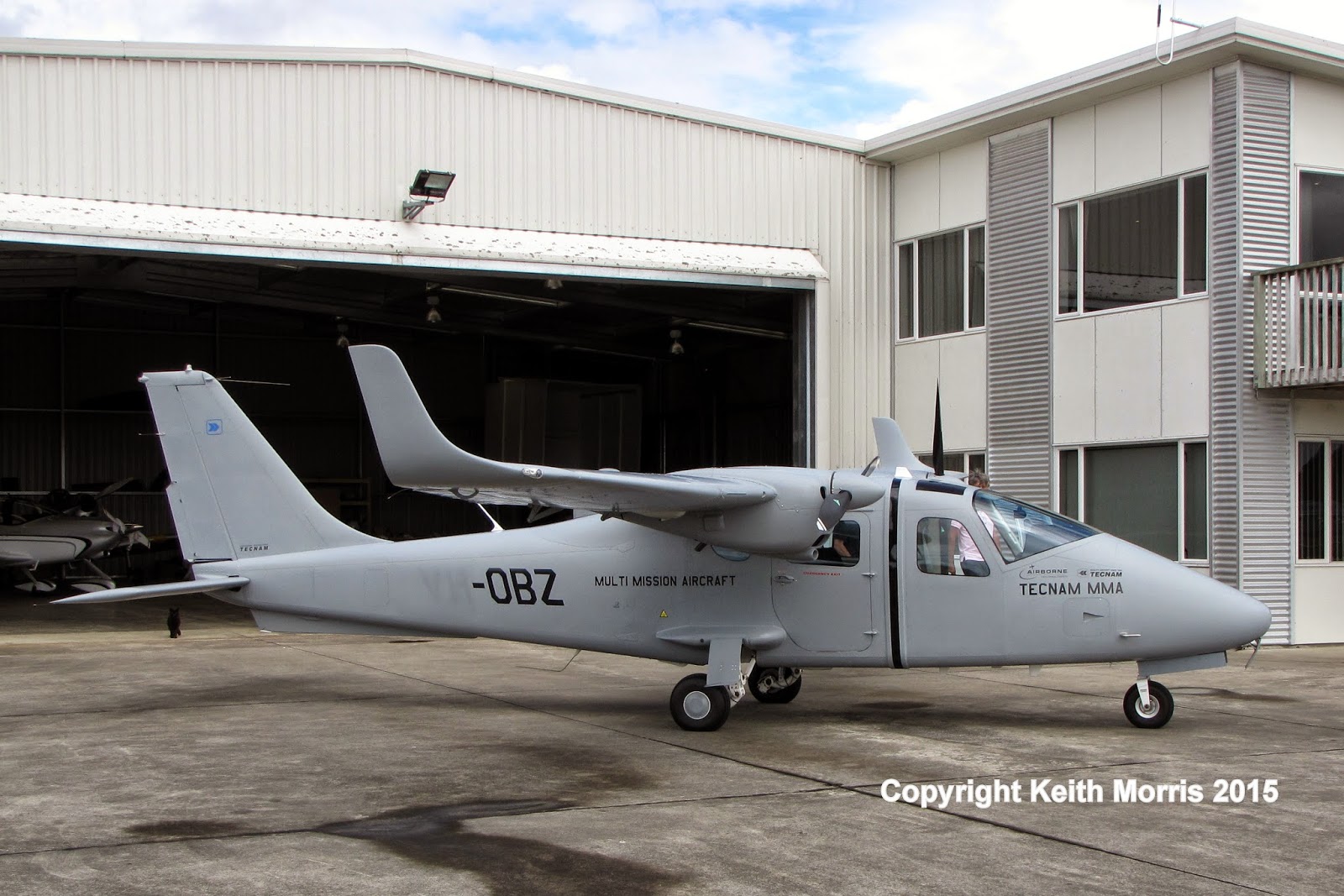 Outside the Tecnam hangar.  The P2006T is powered by two Rotax 912 engines of 100 HP each so it is a very light twin aircraft. 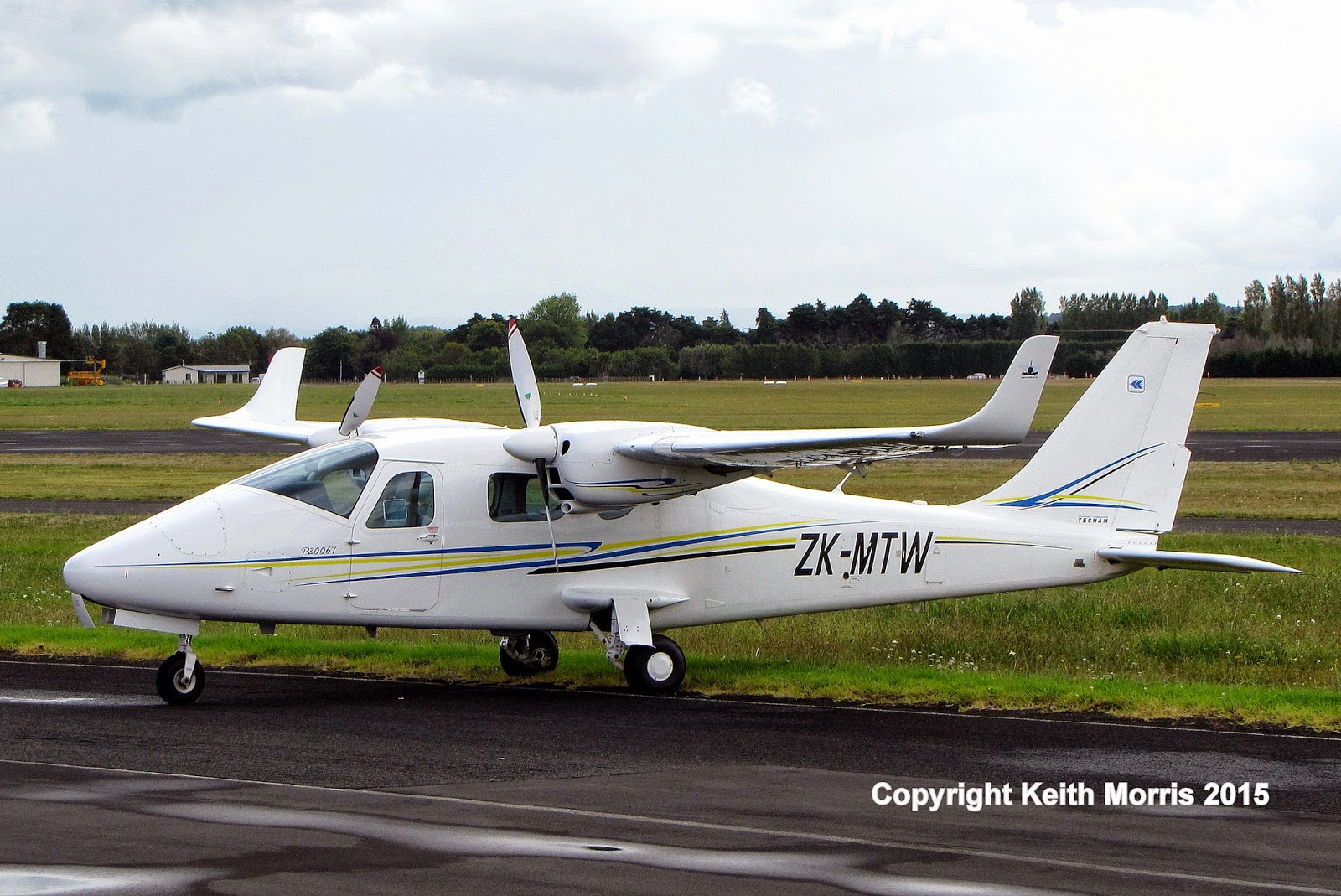 But ZK-OBZ was not the only P2006T on the field as the Middle Earth Flying School's ZK-MTW was parked along the line.  This example was first registered in New Zealand on 7/11/11.

New Zealand has one other P2006T on the register, ZK-TWN, which is also owned by Ardmore Aviation Services.