New Zealand's first registered Canadian Home Rotors Safari helicopter crashed near Te Awamutu on 10/2/15, apparently after reportedly suffering an engine problem.  Fortunately there were no serious injuries but photos showed the helicopter to be badly damaged. 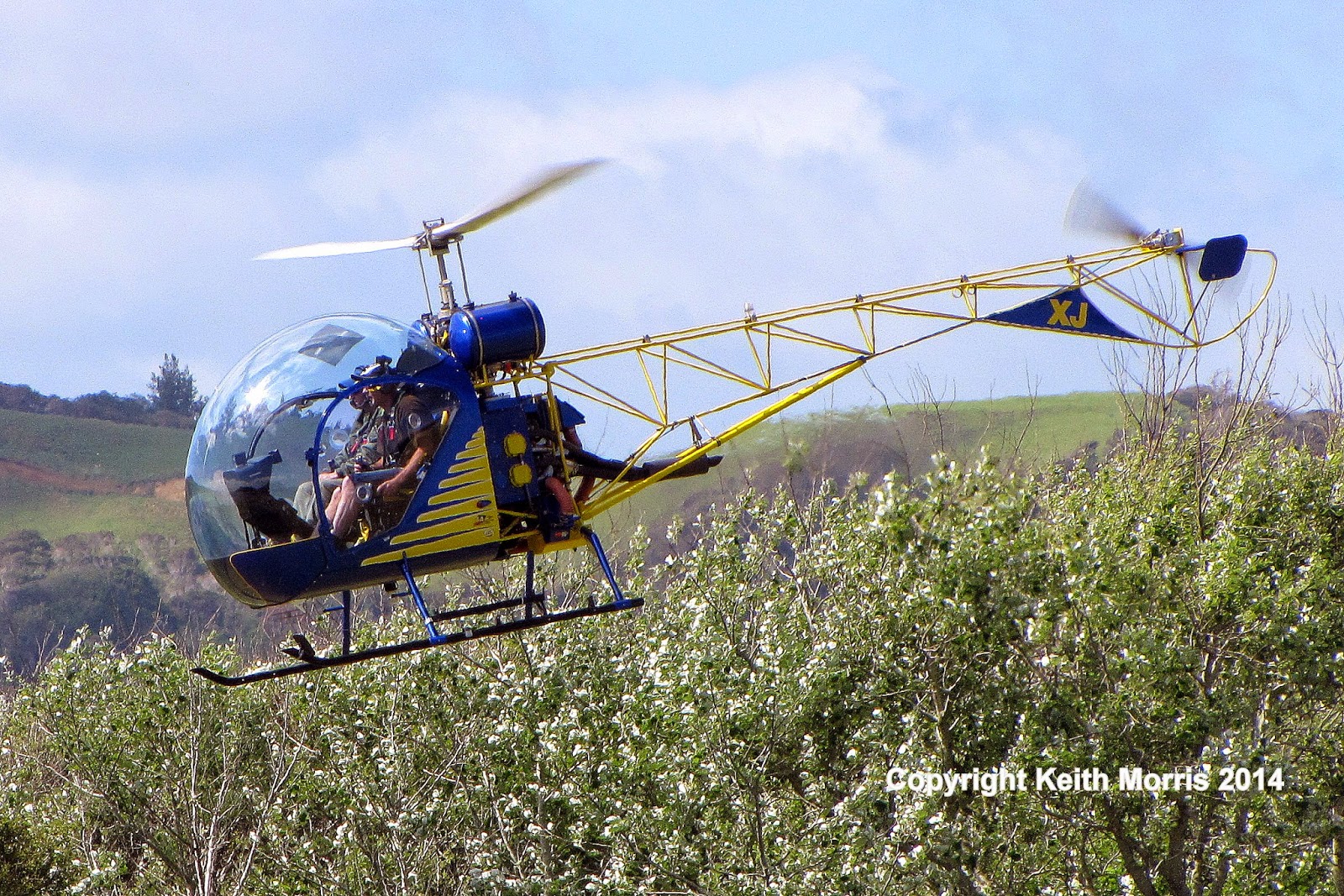 ZK-HXJ2 (c/n XJ 0301N) was built by Bruce Belfield, then of Tokoroa and was first registered to him on 19/10/01.  It has been owned by him for its entire life and was a regular attendee at sport aircraft flyins in the Waikato area.  I photo'd it most recently as above at the 2014 Black Sands flyin at Raglan on 8/11/14.

Bruce is the New Zealand agent for Safari helicopters of which we have had 12 examples to date.
Posted by Sir Minty at 12:02