There were several other sport aircraft at Ashburton that were attending their first SAANZ flyin (at least I haven't seen them at previous flyins before). 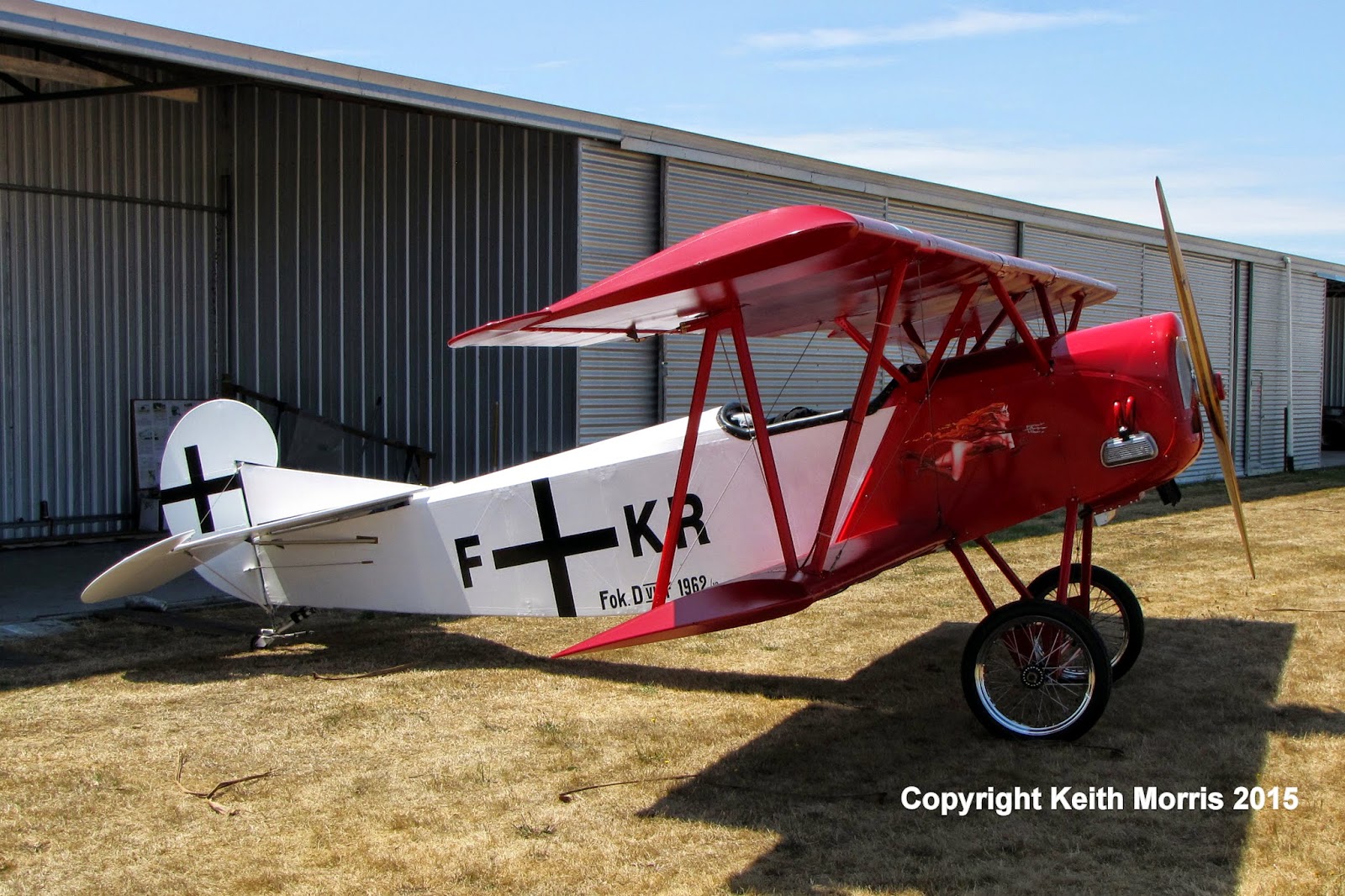 Airdrome Aeroplanes Fokker D VII 80% scale replica ZK-FKR2 flew home for the flyin (it was built in the hangar behind).  It was registered to Greg Burt of Queenstown on 1/3/12. 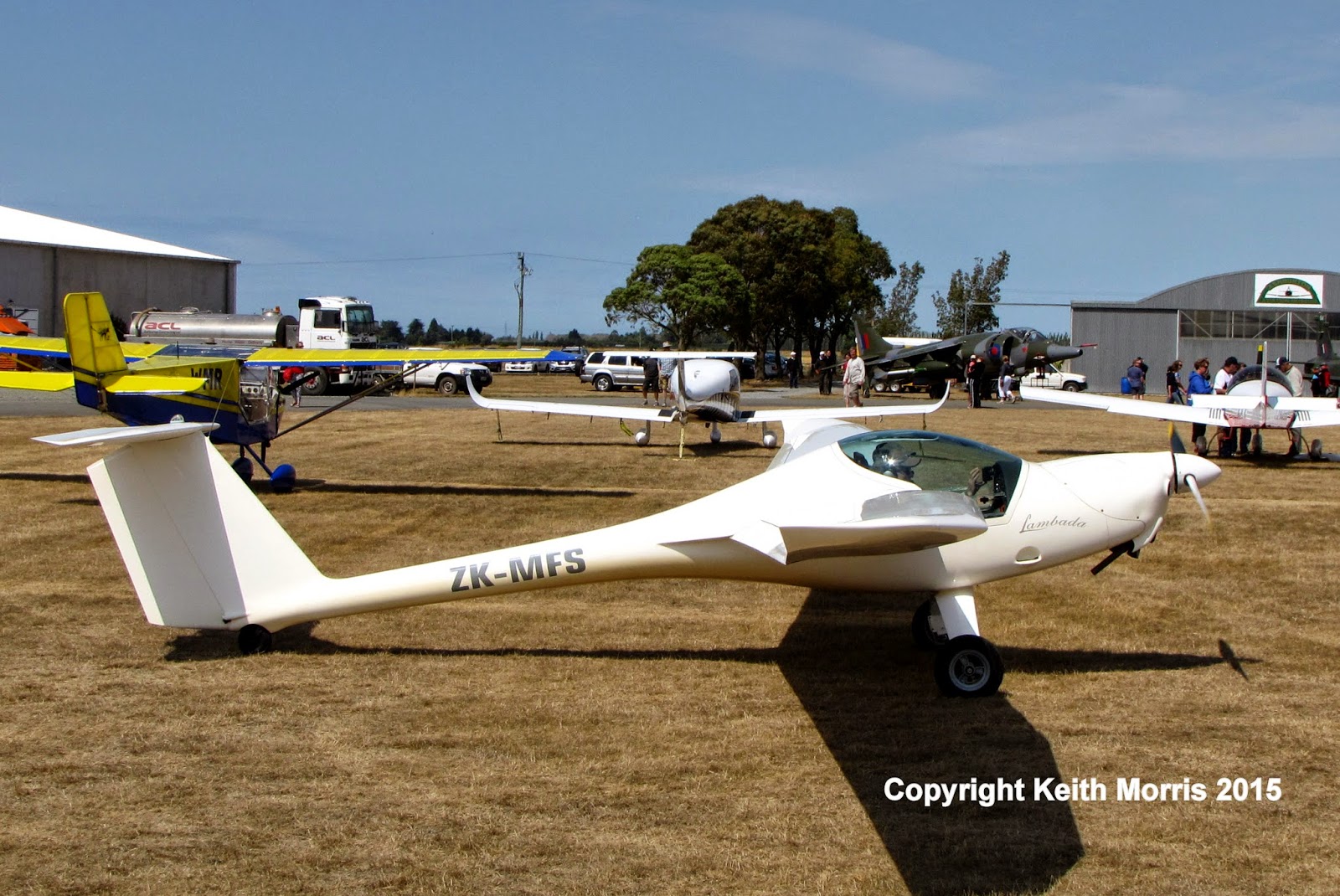 Urban Air UFM-13 Lambada ZK-MFS was first registered to Michael F Spruce of Greymouth on 9/8/13, but prior to that it had been ZU-GXD in South Africa.  We met up with the Spruces in their hangar at Rangiora on the Sunday and Michael said it is a delight to fly and in a practical cross country machine as well as a glider, for which wingtip extensions to 15 metres can be fitted.  The engine is a Rotax 912 and the propellor can be feathered to provide virtually no drag in soaring flight. 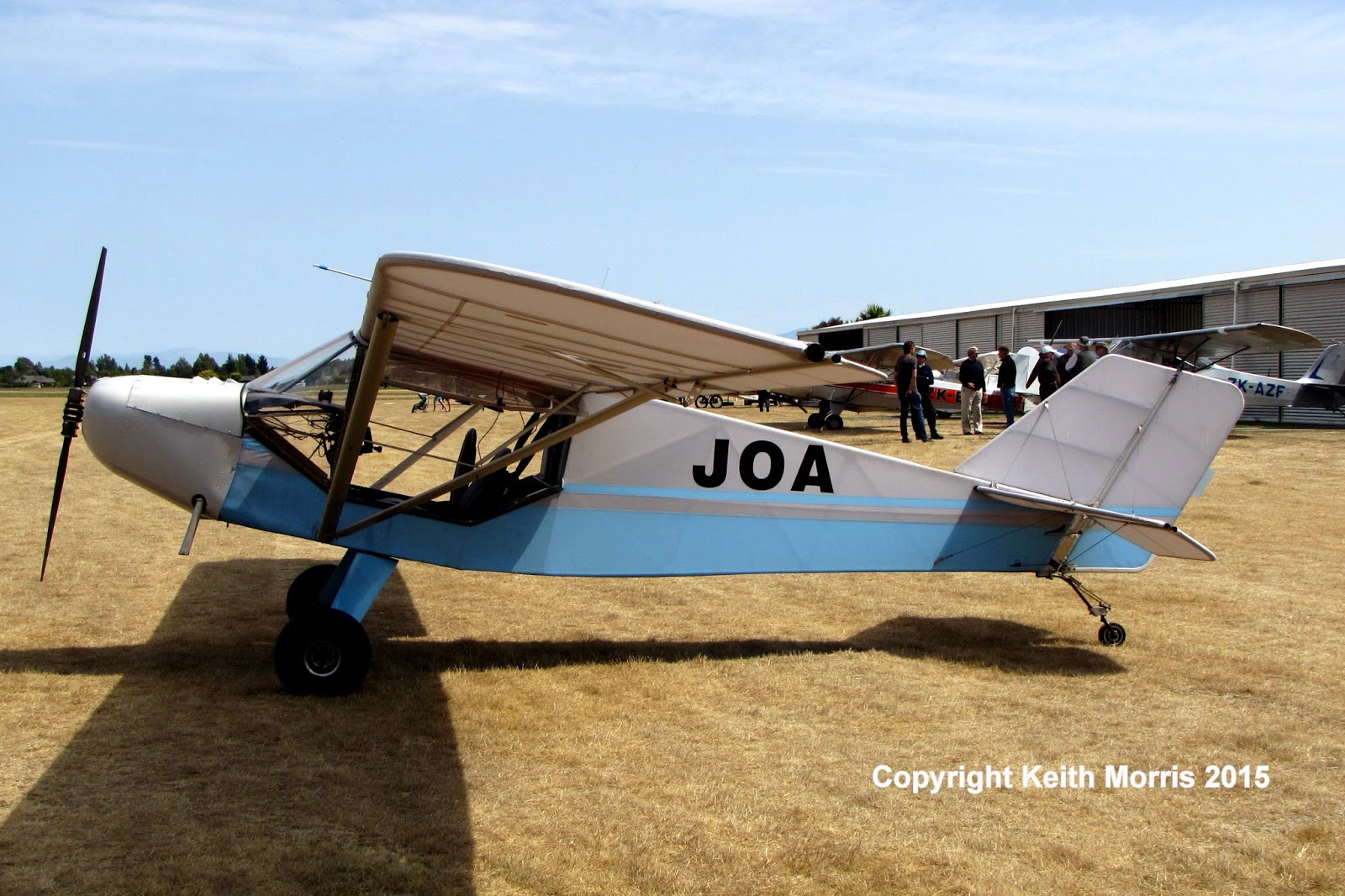 RANS S 6ES ZK-JOA2 has recently been returned to the air by Russell Brodie of East Canterbury Aviation Ltd at Rangitata Island.  It was originally registered on 5/6/08 but had been inactive for quite some time. 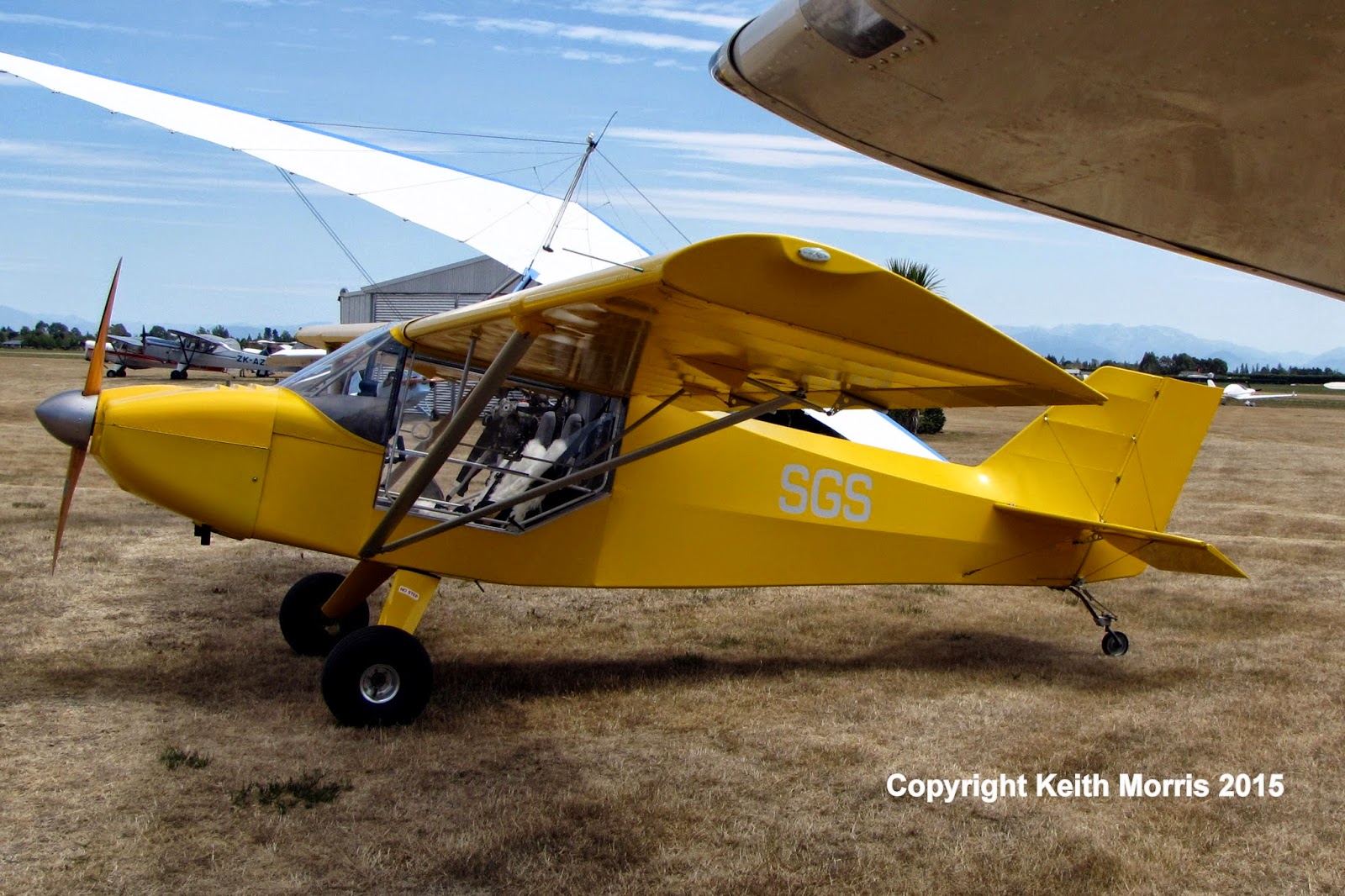 A more recent RANS S 6S is ZK-SGS, which was first registered to Ray Eden of Waimate on 1/2/12.  This one has a 6 cylinder 100 HP Chevrolet Corvair engine conversion in the nose. 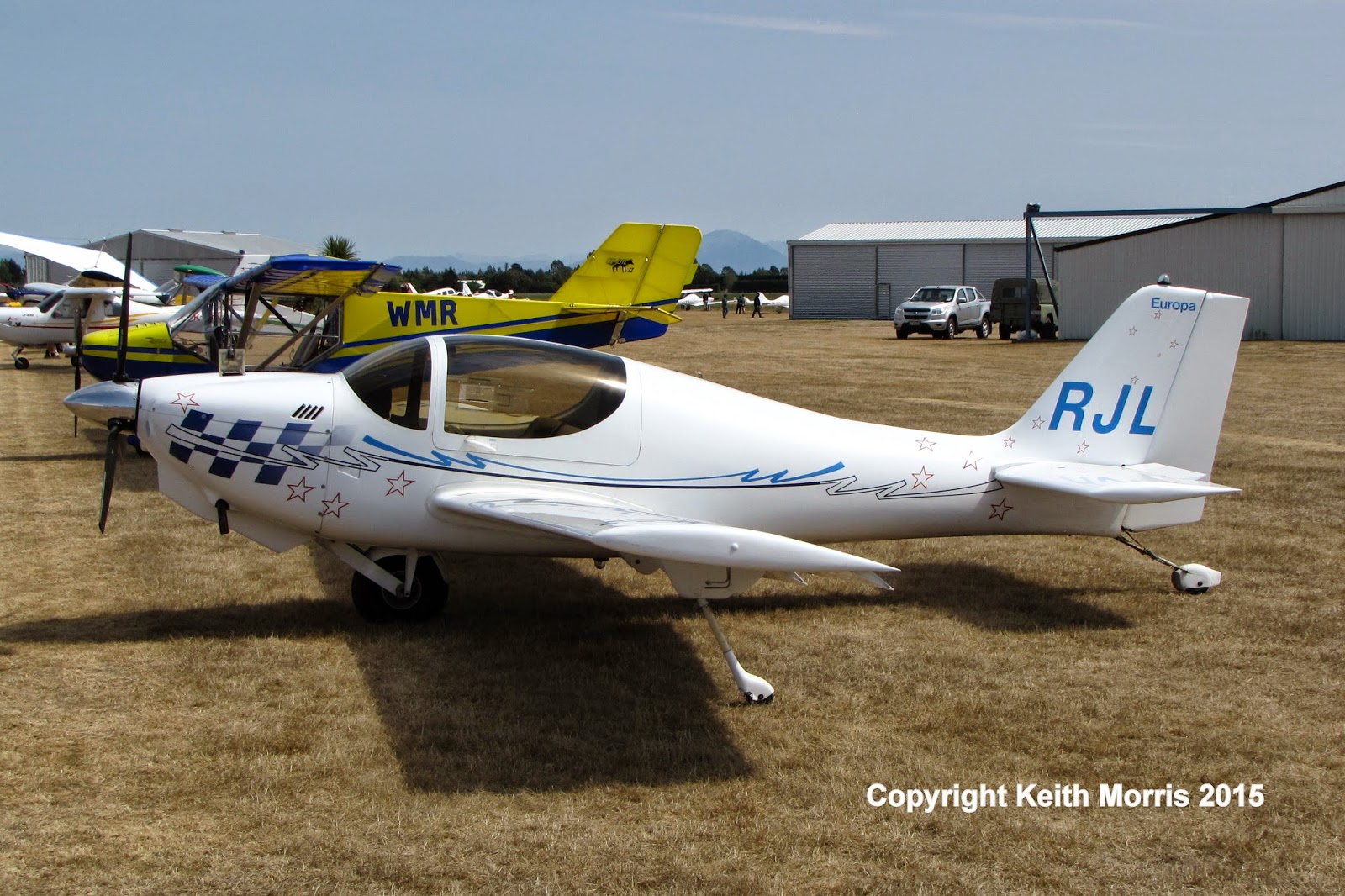 Europa Classic ZK-RJL is an oldie but I have never seen it before.  It was first registered on 5/3/02 to Russell J Lister of Timaru. 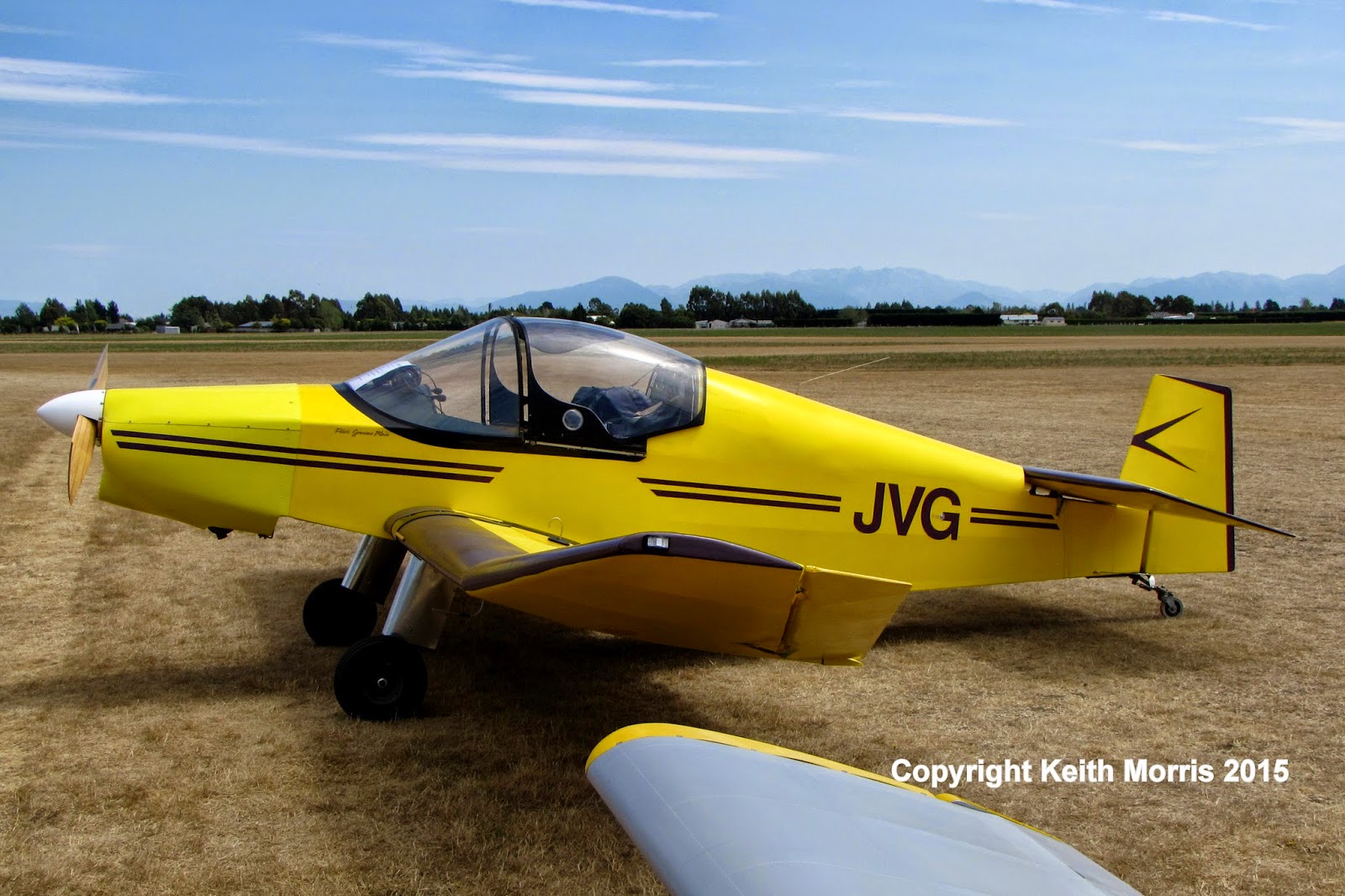 Jodel D 18 ZK-JVG was a project that was finished off by Graeme Main of Christchurch and was first registered to him on 4/2/11. 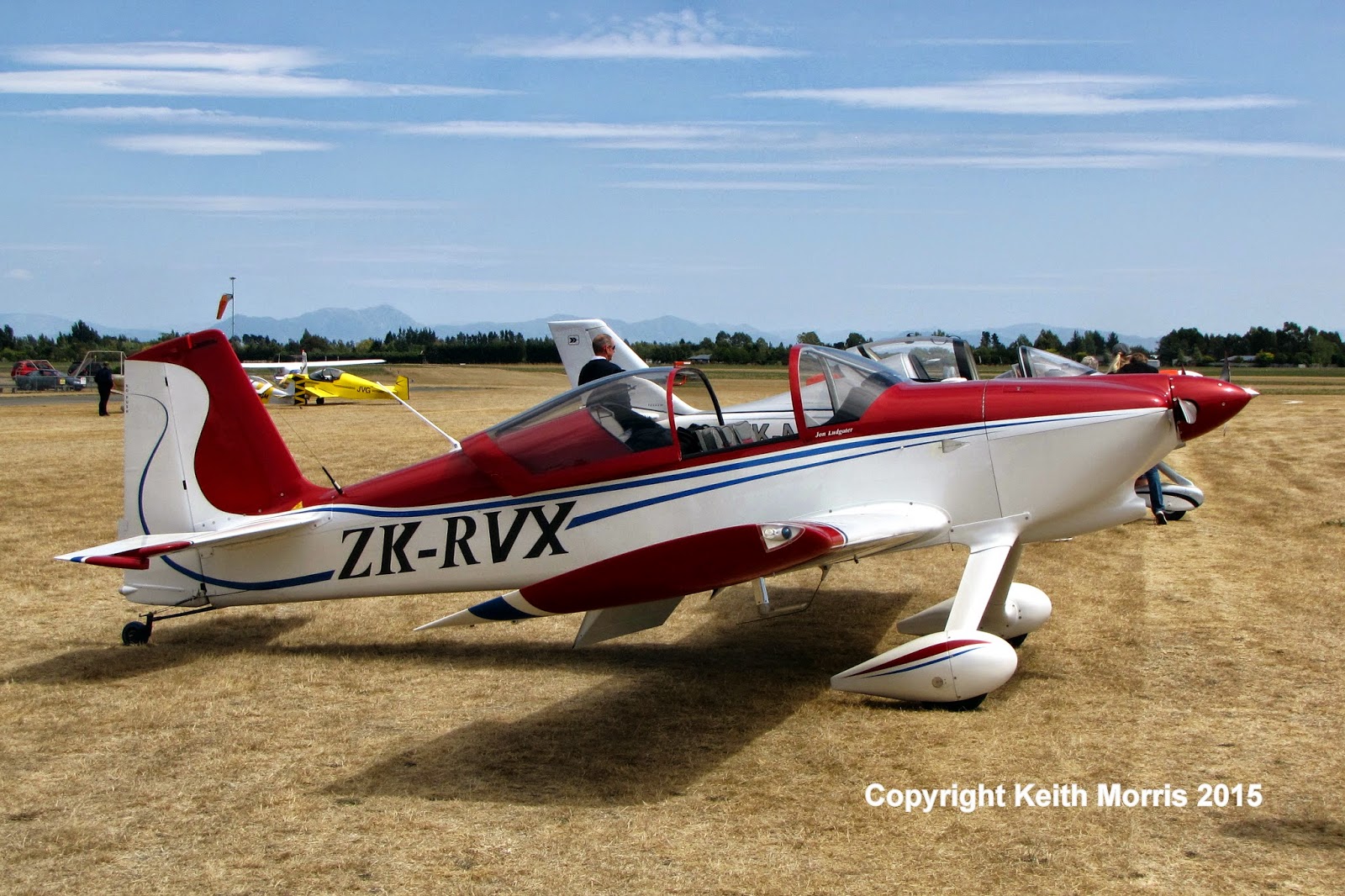 Also down from Rangiora was Jon Ludgater's Vans RV 6 ZK-RVX which was first registered to him on 10/11/09.. 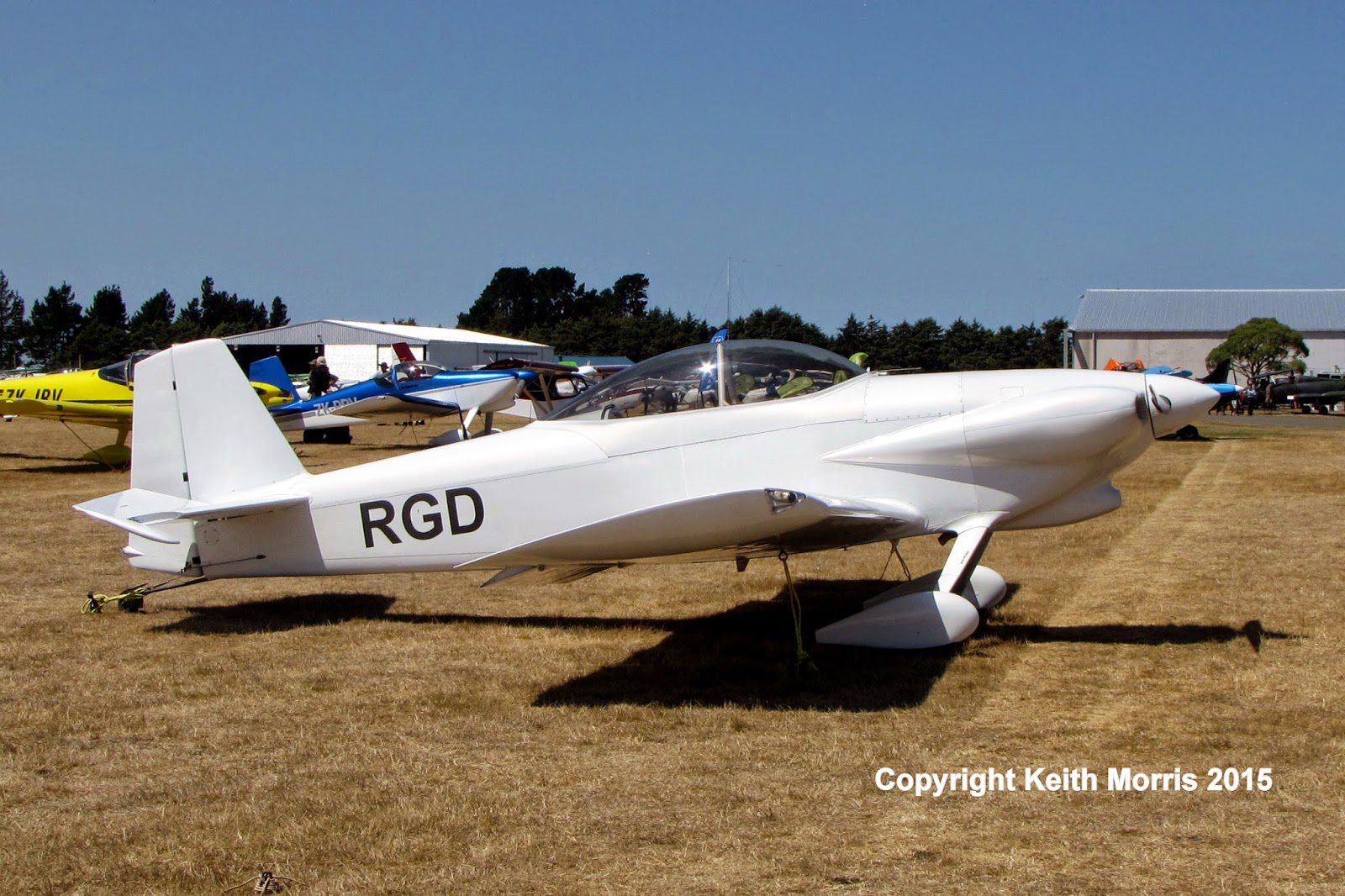 Greg Doran's Vans RV 4 ZK-RGD was attending from its base at Wanaka.  It was first registered to GF and MT Doran of Queenstown on 29/7/11.  The colour may look plain but in the light you can see pearly colours shining through which don't really come through in the photo. 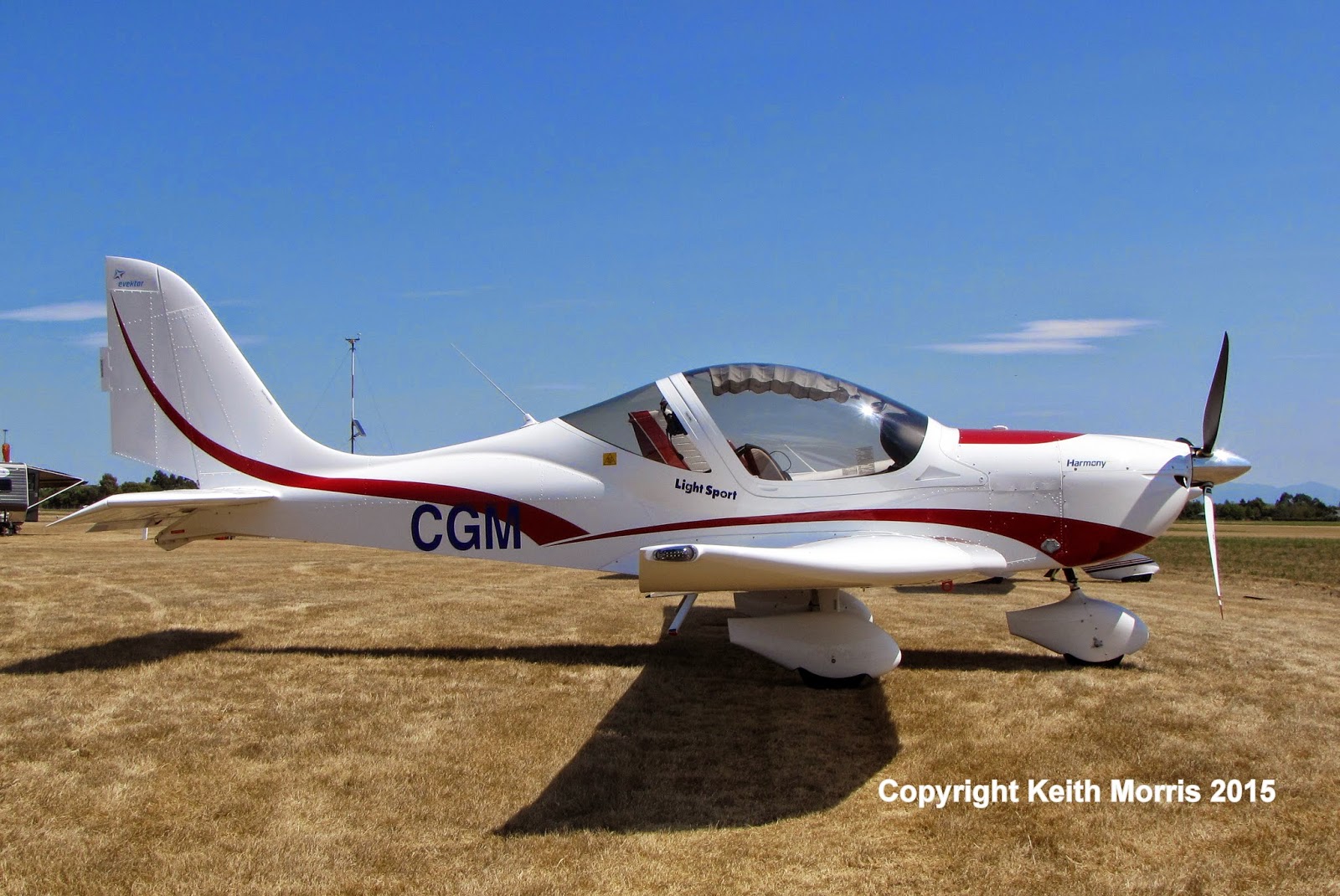 And finally, I am not completely sure that this aircraft hasn't been to a SAANZ flyin before but I will include it anyway.  Evektor Aerotechnic Harmony ZK-CGM3 is owned by Aeroflight Aviation Ltd of Renwick, and was first registered on 16/2/12.