The Meteor Sky Arrow was manufactured by Iniziative Industrial Italiane S.p.A (also known as 3I) from July 1992.  It was constructed mainly from carbon fibre sandwhich material which is more common in gliders and gives a high strength for low weight.  It was developed from an remotely piloted aircraft that was designed for an Italian Government sponsored competition in 1989.  3I went bankrupt in 2008 and in 2012 another Italian company Magnaghi Aeronautique purchased the design rights for the Sky Arrow and they have re-introduced an upgraded Sky Arrow that can purchased as a kit or as a LSA.

We have had three Sky Arrows in New Zealand, as follows: 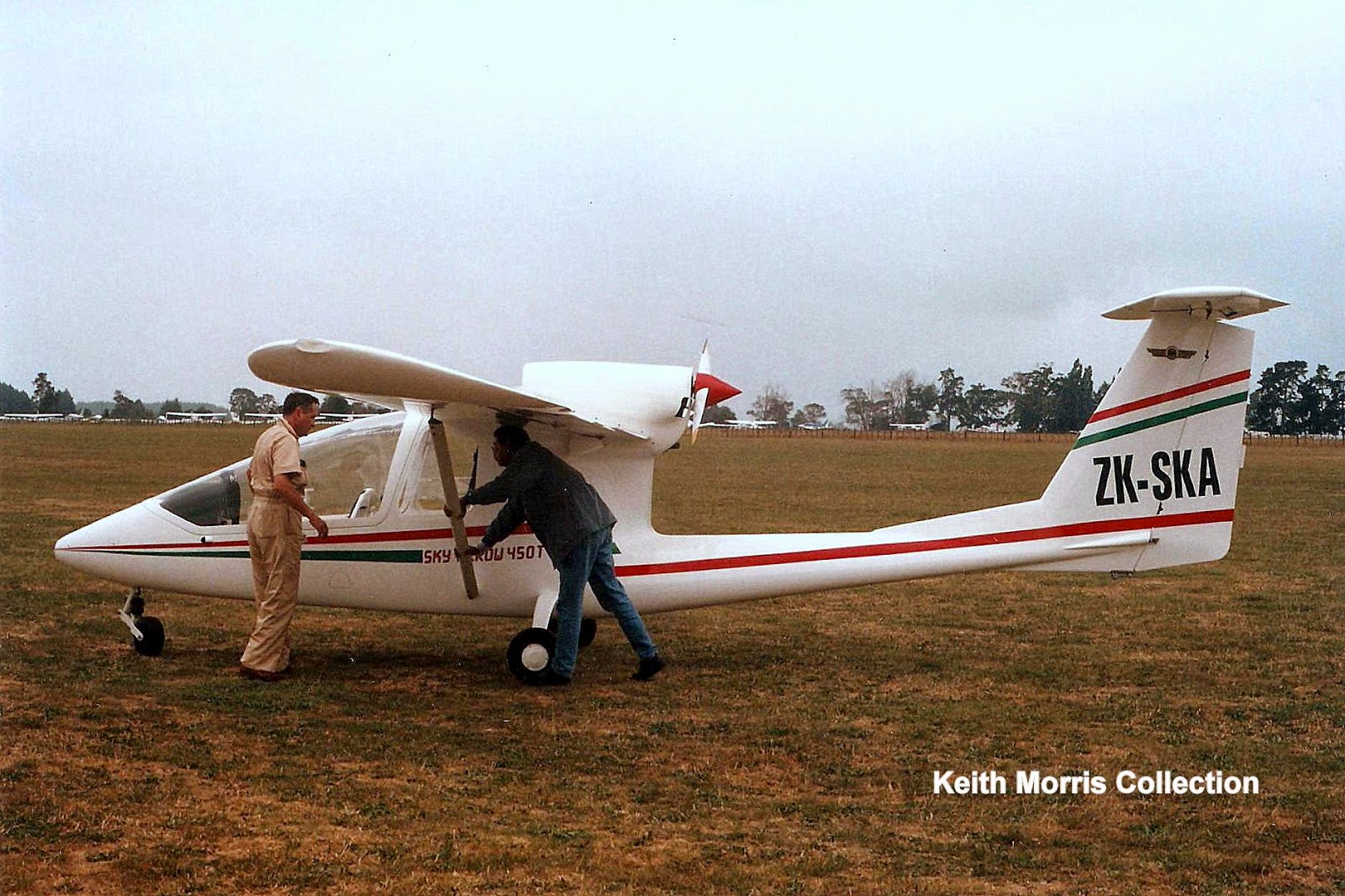 ZK-SKA (c/n 011) was a 450T model which was first registered in Italy as I-3296 in 1993.  It was imported into New Zealand by Felice Di Napoli of Wellington and was first registered to him on 11/9/96.  He was the New Zealand agent for the Sky Arrow.  The above photo of ZK-SKA was taken at the 1998 SAANZ flyin at Matamata.  On 19/6/98 ownership transferred to the Donaldson Wykes Syndicate of Huntly and on 27/10/99 ownership transferred to DP and WO Williams of Westport.  Tragically it crashed at Inangahua on 14/3/09 killing the very experienced ex-topdressing pilot Darrell Williams.  The cause of the crash was reported as a breakage in the elevator linkage that caused a loss of pitch control.  It was cancelled from the register on 3/6/09. 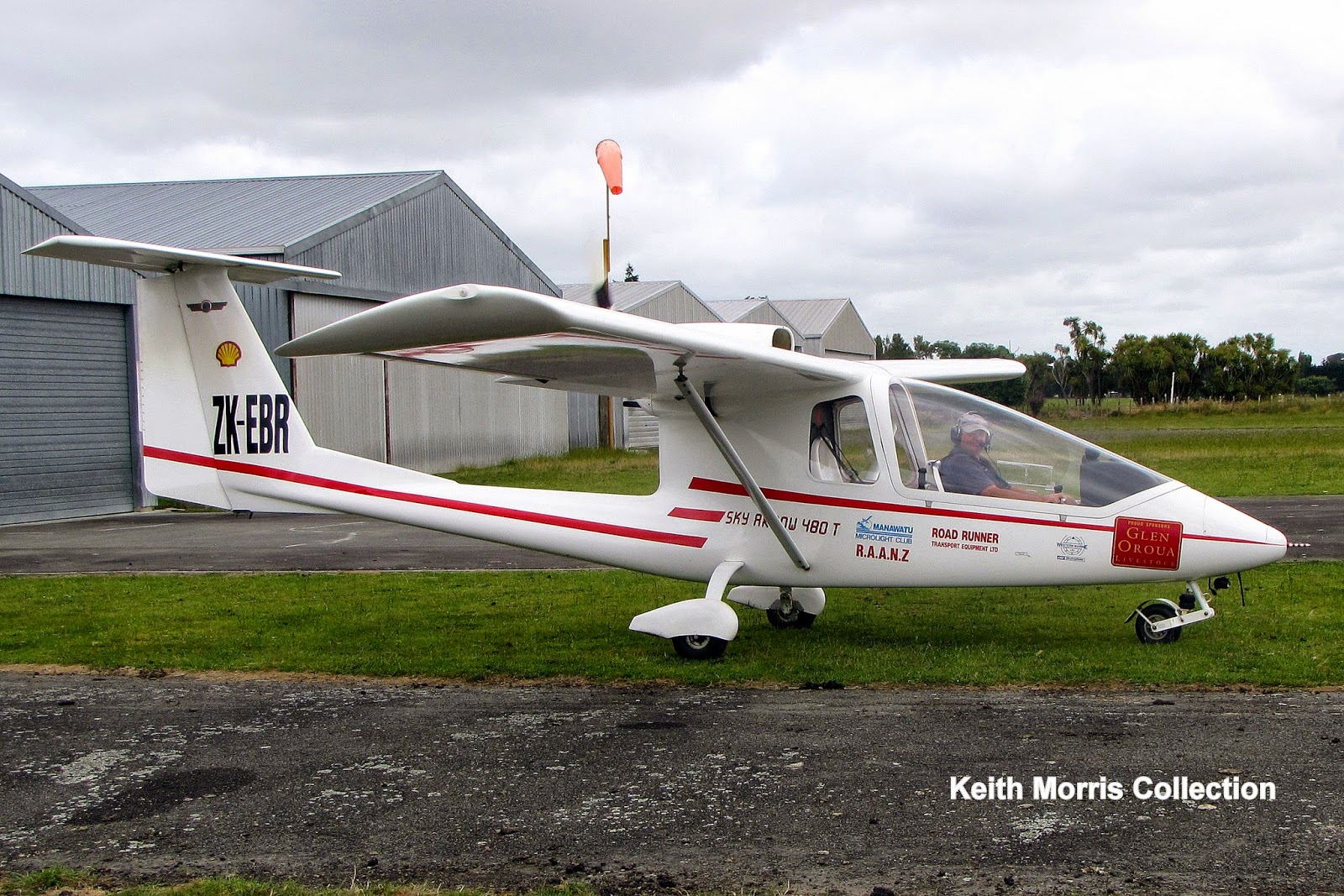 ZK-EBR2 (c/n 135) is a 480T model that was first registered to John Bolton-Riley of Feilding on 1/4/97, and it is still active and flown by him.  It is photo'd above at Feilding on 21/12/13.  John Bolton-Riley achieved a couple af notable over water flights in ZK-EBR2 .  In July 1997 he flew across the Tasman Sea, from Kaitaia to Norfolk Island, then to Lord Howe Island and on to Coffs Harbour, returning to New Zealand in August 1997.  Then in April 2004 he flew to the Chatham Islands and return in company with Paul Havill in Avid Flyer ZK-JHW. 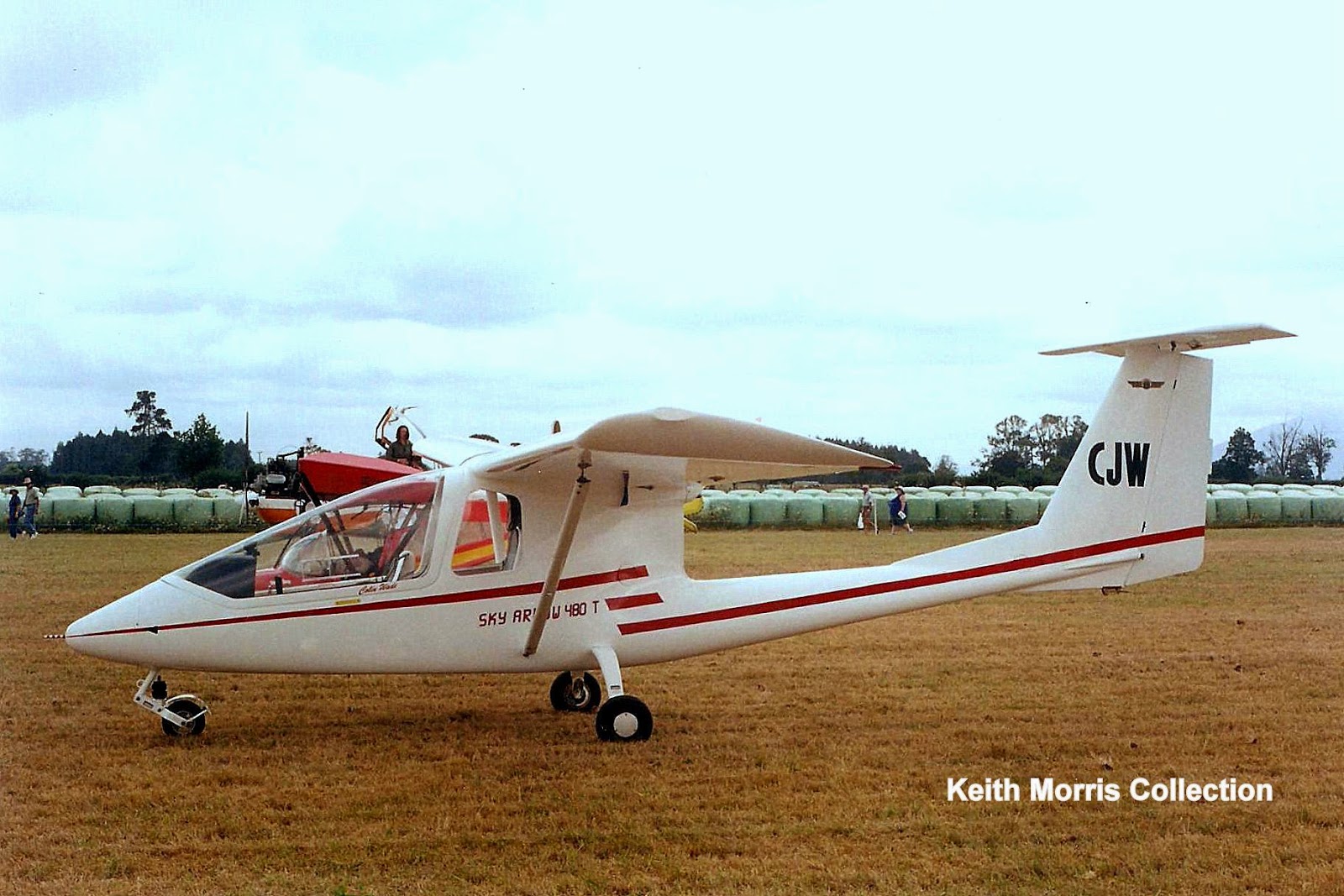 ZK-CJW4 (c/n 136) was registered to Colin J Wade of Hamilton on 12/2/98, and was the second of Colin's ZK-CJWs (he is now up to his fourth being a Cirrus SR 20 ZK-CJW6 ) and there were two ZK-CJWs before Colin got going so ZK-CJW is on its sixth iteration!  In spite of all that, the above photo was taken at the 2000 SAANZ flyin at Matamata. 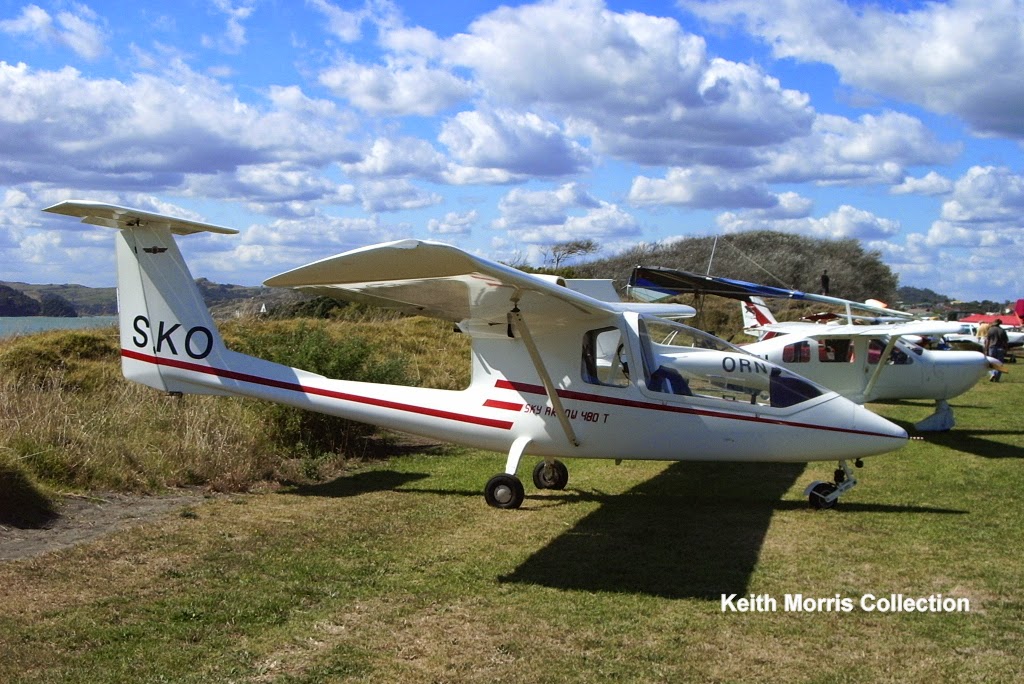