I am coming to Blue Bus's aid with photos from the SAANZ 2015 flyin at Ashburton, via Auckland.  I hope you can sort out your technical issues soon Sir!

The 2015 flyin was affected by the unsettled weather that existed over the country in the days leading up to the flyin, and only around 35 aircraft were on the airfield on the Friday.  However, on Saturday 7 February the weather had improved and many aircraft had flown in, some from as far away as Auckland.  I counted around 75 sport aircraft, with another 18 or so GA aircraft and a couple of warbirds also in attendance.

For my first post, I will post some aircraft that are pretty new and were attending their first SAANZ flyin. 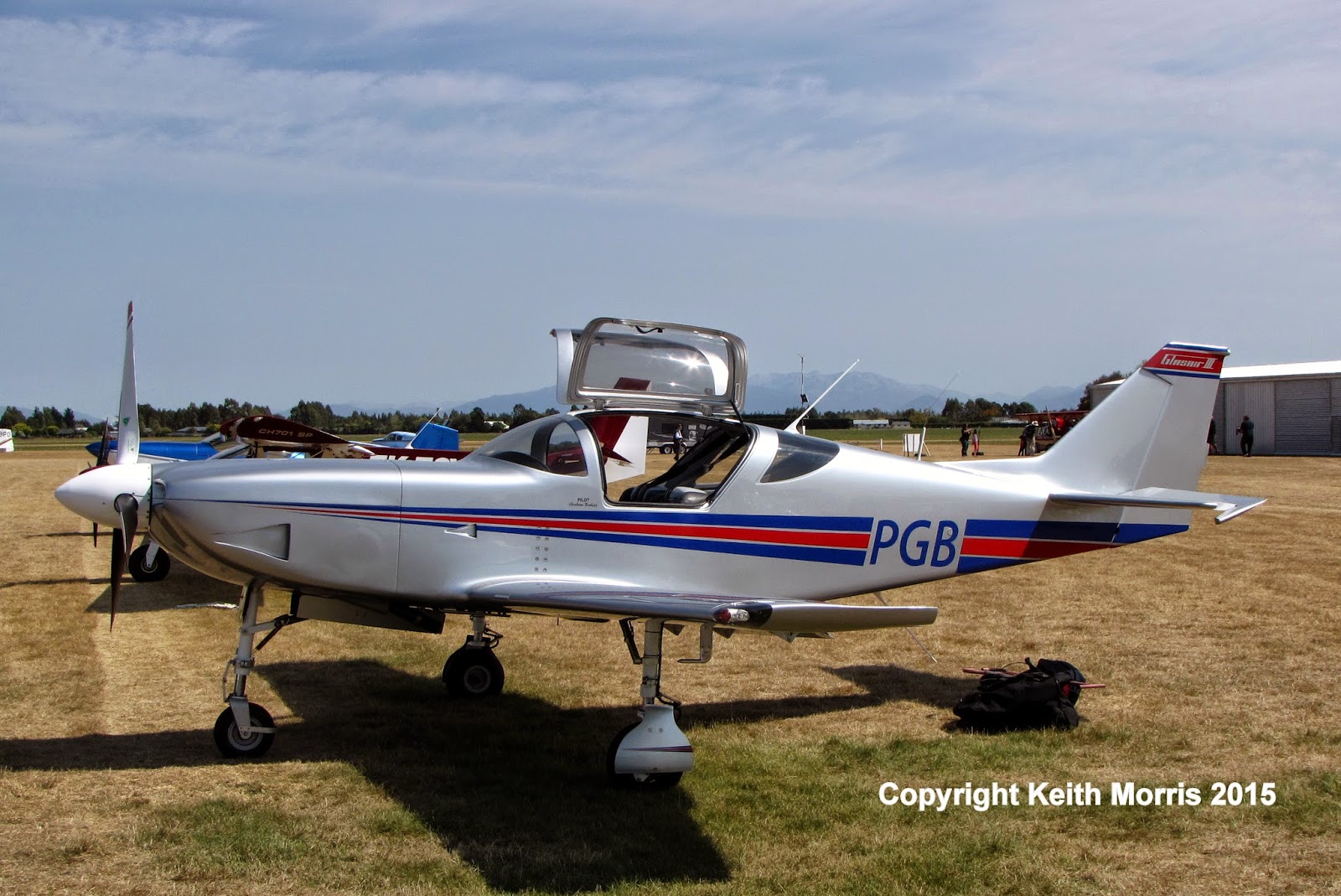 Stoddard Hamilton SH-3R Lancair III ZK-PGB (c/n 33821) was first registered to the PGB Syndicate of Christchurch on 24/7/14.  It has the pilot's name of Graham Bethell on the side.  I guess if you are going to come down from a Mustang then a Glasair III might do! 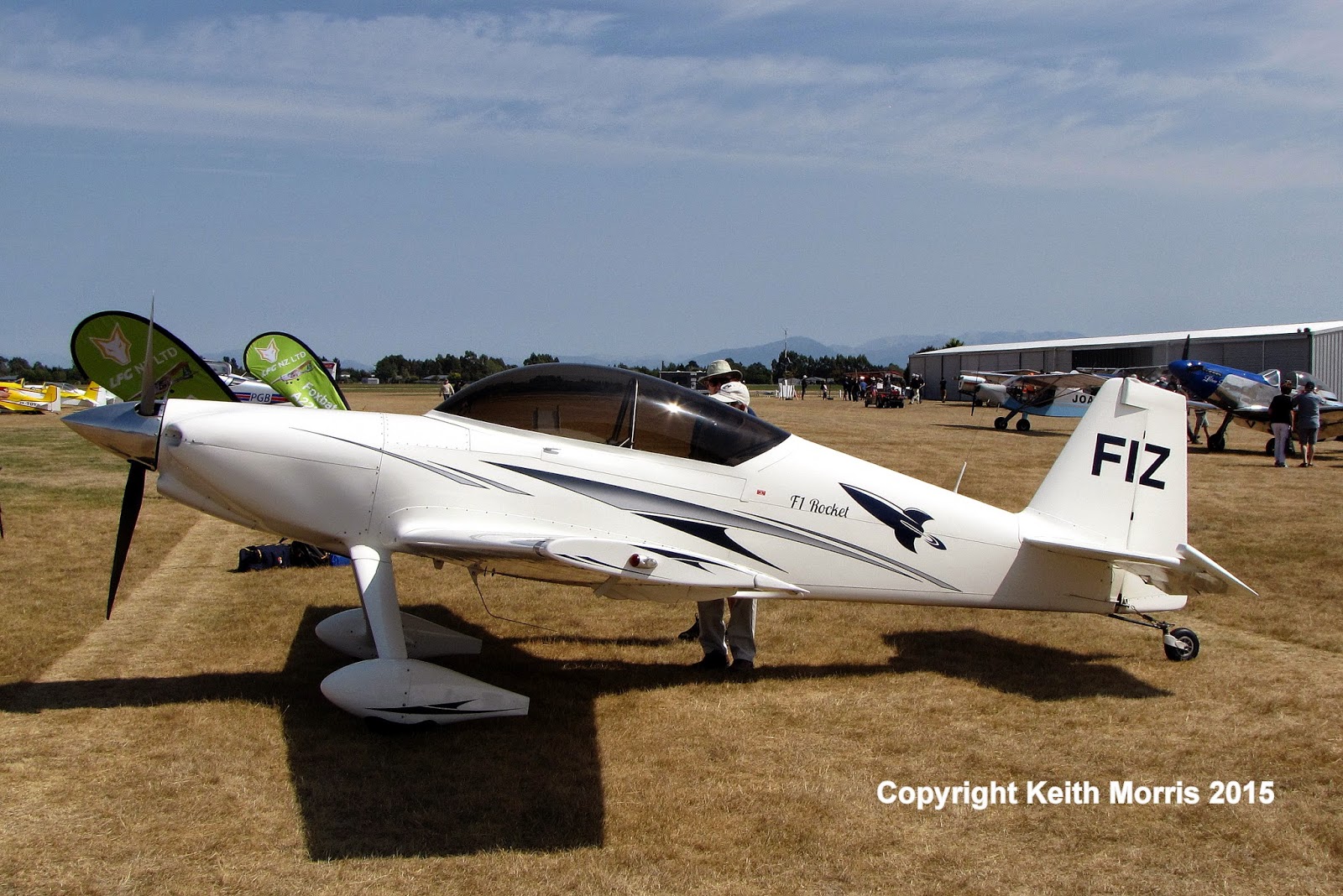 Actually the Team Rocket F1 Rocket ZK-FIZ2 (c/n 173) is not that new, having been first registered to John Baynes of Gore on 1/4/11 but I am pretty sure this is its first attendance at a SAANZ flyin.  It has relatively recently had trim and a rocket logo added. 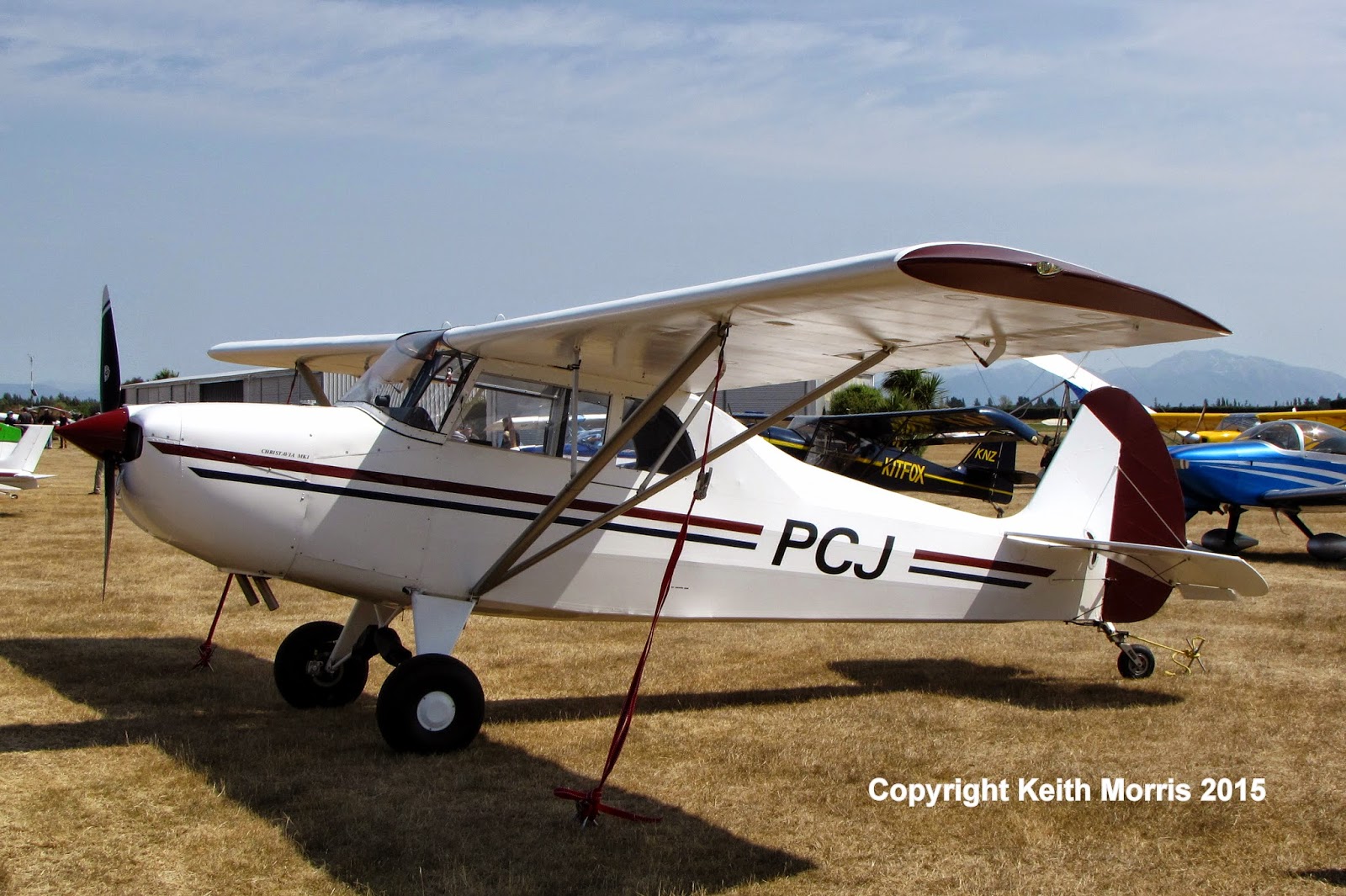 Elmwood Aviation Christavia Mk IV ZK-PCJ2 (c/n 635) was first registered to Peter C Johnson of Kaitangata on 28/3/14.  This aircraft was originally started by Russell Scott of Balclutha, and it was finished off at Craig Miller's Custom Aviation at Taieri. 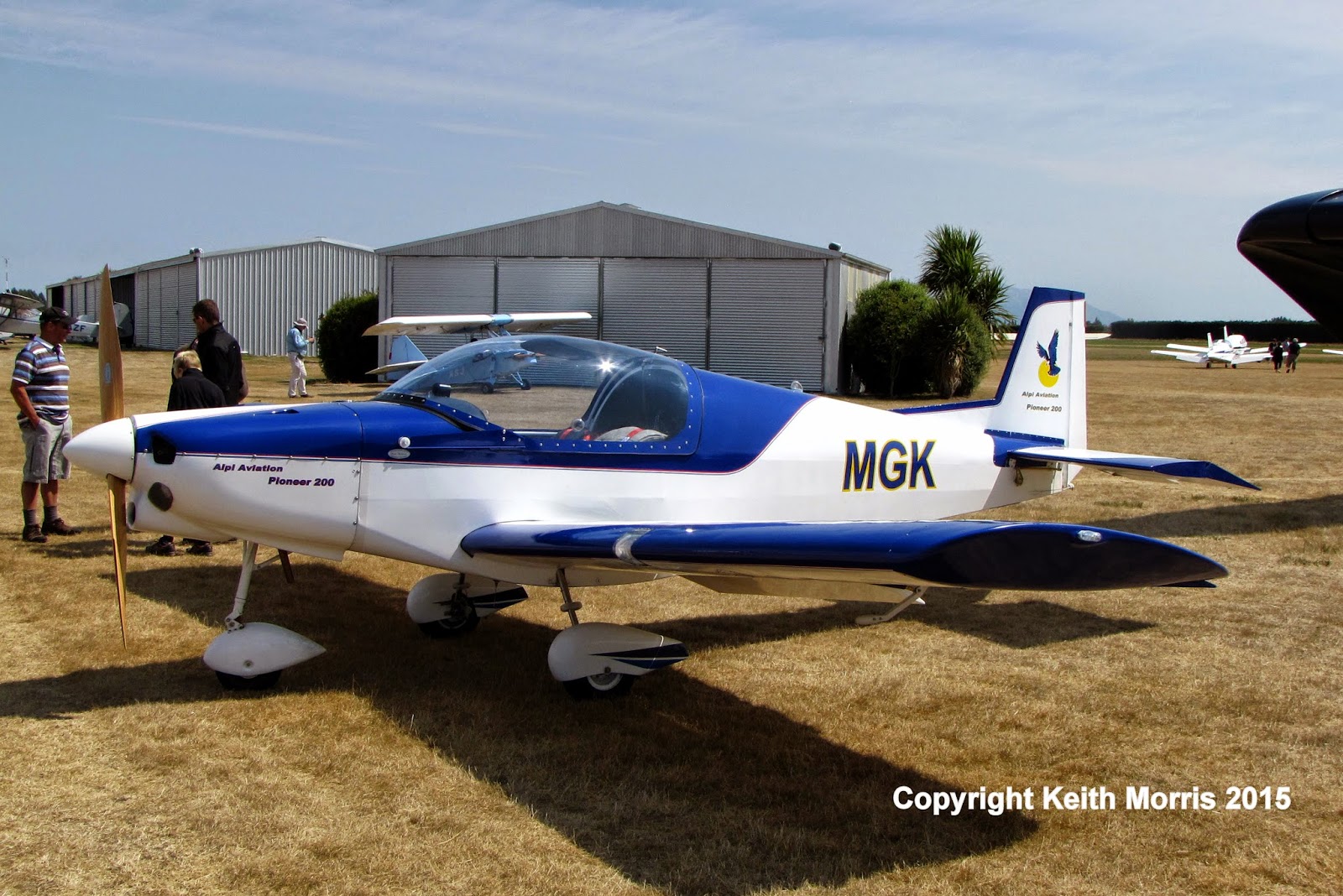 Alpi Aviation Pioneer 200 ZK-MGK (c/n 128) was first registered to the MGK Syndicate of Christchurch (Graeme Main and others) on 11/12/13.  It is unuual in that it was built from a kit. 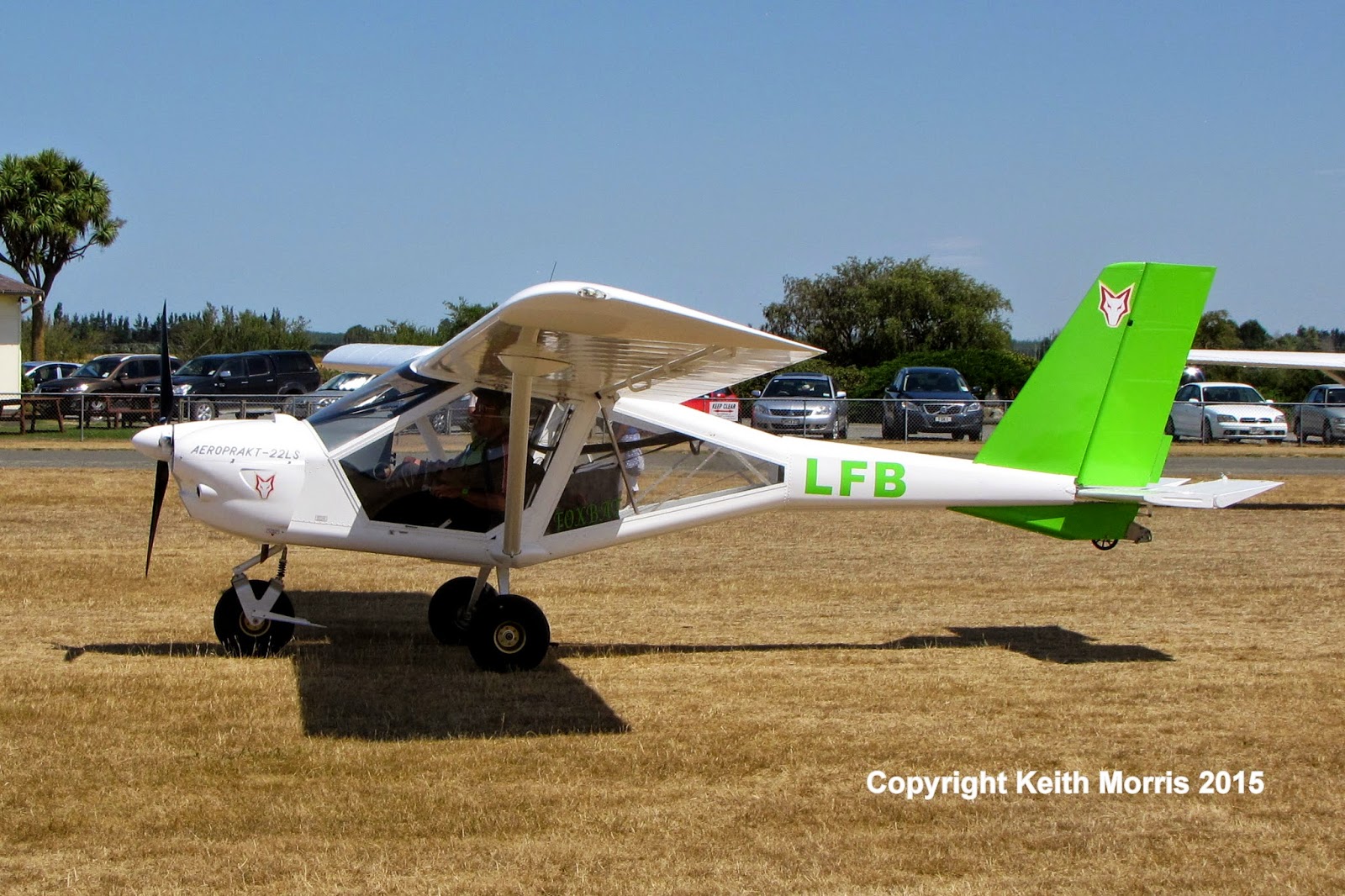 Aeroprakt A-22KLS Foxbat ZK-LFB (c/n 221) is the latest demonstrator for the agents Lite Flight Green of Pukekohe, and it was first registered to them on 23/10/14. 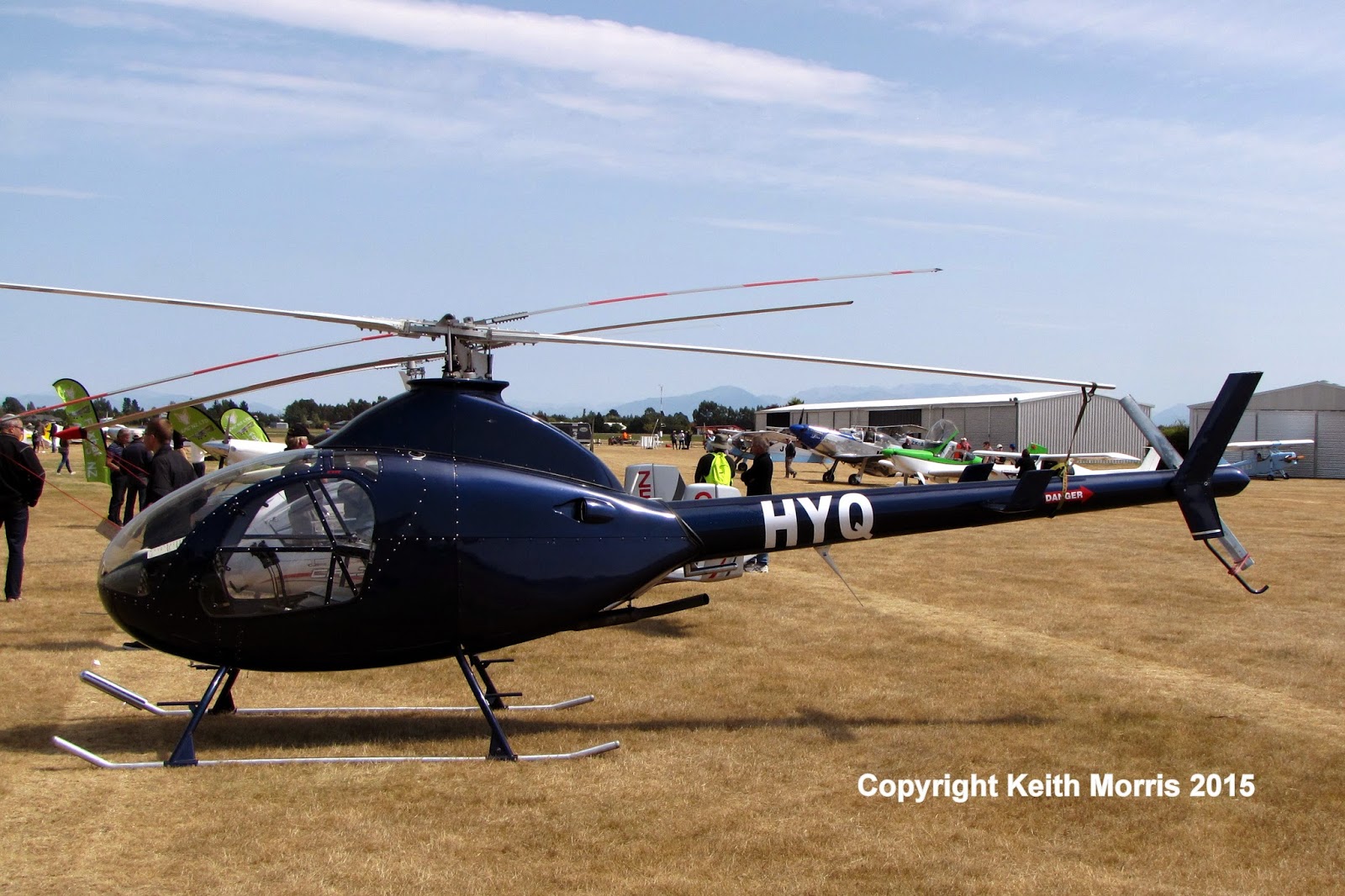 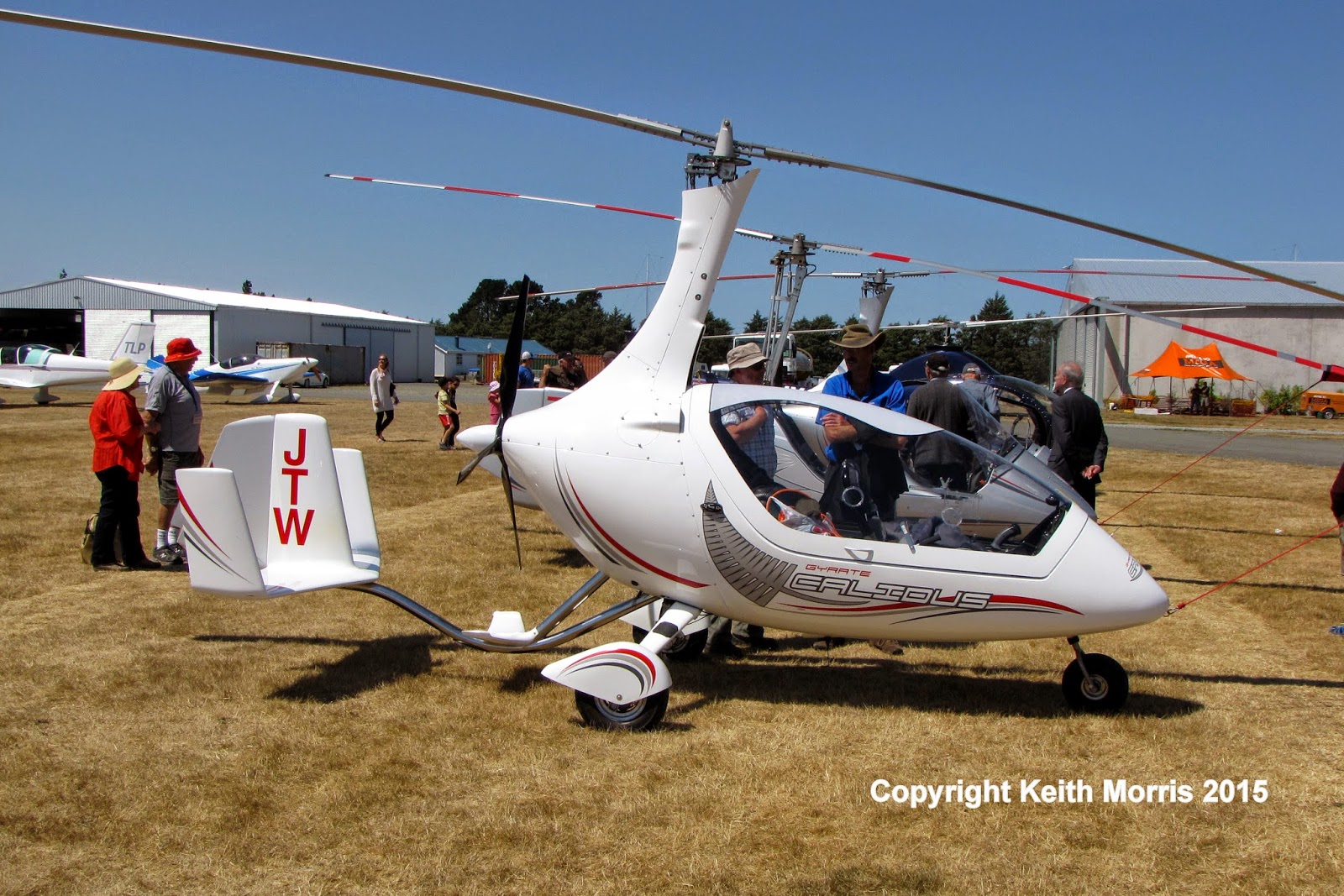 Autogyro Europe Calidus Fern ZK-JTW (c/n C00331) was first registered to JA and GS Service of Palmerston on 9/9/14.  It was one of three gyrocopters in attendance on the Saturday.