Good weather, great aircraft, wonderful flying displays all made for a satisfying day out. The show started with the Stampe and Tiger Moth having fun doing the ribbon cut. It was great seeing these two aircraft being thrown around the sky cutting the ribbon on each pass as it got ever closer to the ground. The flight line comprised some 21 planes two making their debut. 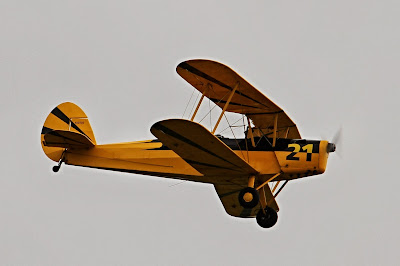 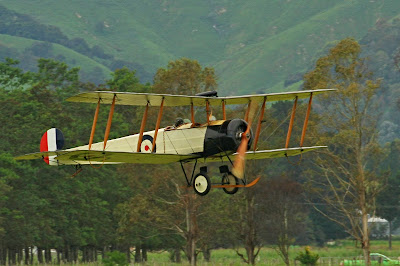 The Avro 504K had a lucky escape after engine trouble just after take off resulted in a hard landing with the left wing striking the grass. 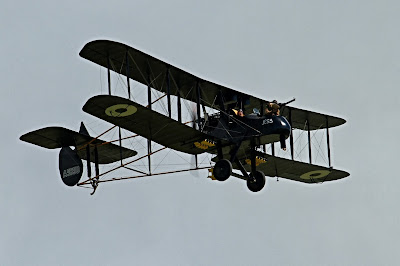 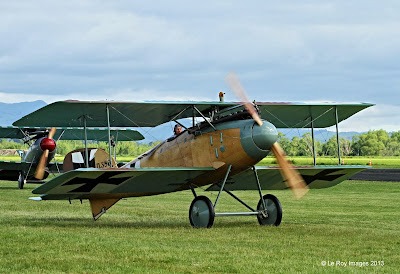 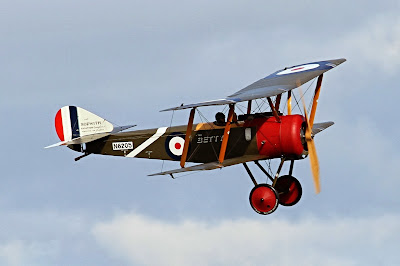 Fair weather flier, the light Sopwith Pup "Betty", it's the first time that I have been lucky enough to see it fly. The second Pup stayed on the ground, it would have been magic to have them in the air together. 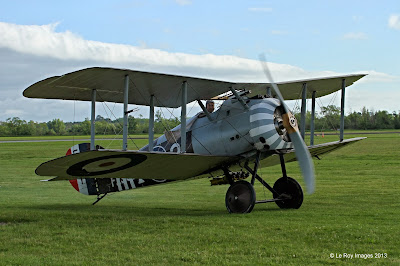 To end the show we were treated to a short display of the newest Sopwith Snipe in the Vintage Aviator Stable
I have many more pictures to edit and will post some more soon.
﻿
Posted by minicooper at 23:20