Thanks to Jean210 we have some pics of the new ZK-TZN2.

The second allocation of the ZK-TXN letters have been applied to another Fly Synthesis Texan Top Class. The first one was imported as a demonstrator by Colin Marshall of Aeroflight Aviation in early 2006 but ended up being sold in Australia in July of 2007. This latest edition goes to the Dargaville Aero Club to replace their earlier one ZK-TTX which they sold to Baden Bickers in early September. It is the fifth of the species to grace our register and arrived at Dargaville (ex Italy) on 27-09-2013 and was test flown as ZK-TXN2 on October the 23rd. . It is powered by the Rotax 912is fuel injected engine. 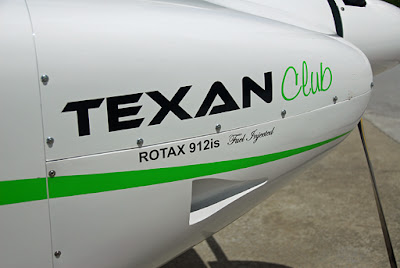